Nik Stauskas, nicknamed Sauce Castillo, is a Canadian professional basketball player. He is currently signed on with the Cleveland Cavaliers of the National Basketball Association (NBA). A talented player, he was drafted eighth overall in the NBA draft by the Sacramento Kings. He has also played for Philadelphia 76ers, Brooklyn Nets and Portland Trail Blazers. During his college career, he played for two seasons for the Michigan Wolverines in the National Collegiate Athletic Association (NCAA) competition, earning the 'USBWA National Freshman of the Year' and the 'Big Ten Conference Men’s Basketball Player of the Year'. He also helped St. Mark’s School team reach the New England Preparatory School Athletic Council (NEPSAC) Class AA Championship Game twice, winning it once in 2012. A member of the Canadian national basketball team, he was instrumental in helping the team win two bronze medals: at the 2009 FIBA Americas Under-16 Championship and at the 2015 FIBA Americas Championship. Tristan Thompson
Basketball Players #339
Sportspersons #2590
DID WE MISS SOMEONE?
CLICK HERE AND TELL US
WE'LL MAKE SURE
THEY'RE HERE A.S.A.P
Quick Facts

Canadian People
University Of Michigan
Tall Celebrities
Tall Male Celebrities
Male Sportspersons
Childhood & Early Life
Nikolas Tomas Stauskas was born on October 7, 1993 in Mississauga, Ontario, to Paul and Ruta Stauskas; both his parents are of Lithuanian descent. He attended Lithuanian Saturday School in Toronto, where he learnt to speak and understand Lithuanian to some extent.
While he was never interested in ice hockey or street hockey, which are popular games in Canada, he played soccer at the age of six; however, an arm injury forced him out of the game. He first began playing basketball at Ausra Sports Club, a Toronto-based traveling team for children of Lithuanian descent.
A fan of Toronto Raptors, he had a one-on-one practice with his idol, Vince Carter, during a fan event at a young age. This further fuelled his enthusiasm for the sport. Given the choice of a swimming pool, he and his older brother Peter had decided to put a basketball in their backyard when he was in the fifth grade.
Continue Reading Below
You May Like

Famous Beautiful Women With Green Eyes
School Career
Nik Stauskas played school-level basketball at Loyola Catholic Secondary School, where he averaged 15 points, 5 rebounds and 5 assists in 2007–08 and 32 points, 14 rebounds and 7.5 assists in 2008–09.
Due to lack of coaching support at Loyola Catholic Secondary School, he enrolled at South Kent School for the next season, but missed the season due to a hip injury (2009-2010).
He eventually transferred to St. Mark's School, after becoming homesick.
In 2012, he led his team to NEPSAC Class AA Championship victory, earning MVP honor for the game, and was later selected to the 2012 All-NEPSAC Class AA first team.
College Career
Nik Stauskas was scouted by Villanova, Iowa State, Georgetown, Notre Dame, Florida and Providence during his school career, but finally joined Michigan Wolverines men's basketball team.
He registered 11 and 17.5 averages in his two seasons at Michigan, and had a 83.16 free throw percentage, second in Michigan history, as well as a 44.10 three-point shot percentage, ranking fifth.
During his freshman season at Michigan in 2012-13, he was named the 'USBWA National Freshman of the Year'.
The following season, he was named the 'Big Ten Conference Men’s Basketball Player of the Year', and was unanimously named first-team All-Big Ten selection by coaches and the media.
Professional Career
Despite initial indecision over entering the 2014 NBA draft, Nik Stauskas was drafted 8th overall by the Sacramento Kings. He signed a rookie scale contract with the team on July 8, but appeared as a substitute from the bench, in most of the games, starting in one match only.
Continue Reading Below
He finished the season with 4.4 points and 1.2 rebounds from 35 appearances, and was traded off to the Philadelphia 76ers in July 2015 in a swap deal involving other players. During the season his comments about being a rookie white player off field attracted more media attention than his performance on field.
During the 2015-16 season, he started in 35 games, and registered an average of 8.5 points and 2.5 rebounds per game. A shooting slump in mid-November, affected his performance and he went scoreless in several matches.
In late December 2015, he recovered his form and won games. He scored 9.5 points average and 2.8 rebounds per game in 2016-17, but midway during the following season, he was traded to Brooklyn Nets in another player swap.
He debuted for the Nets in their match against the Toronto Raptors on December 15, 2017, scoring a team-high 22 points. Within a couple weeks, he had set a career high with 7 made three-point shots against the New Orleans Pelicans (December 27).
He signed on with the Portland Trail Blazers on July 5, 2018. In their season opener against the Los Angeles Lakers winning by 128-119.
He was traded to the Cleveland Cavaliers on February 4, 2019 and is playing for the team during the 2019-20 season.
He has many milestones to reach and records to break in his ongoing career.
International Career
Playing for the Canadian junior national team in the 2009 FIBA Americas Under-16 Championship in Argentina, Nik Stauskas helped the team win a bronze medal. This allowed them to qualify for the 2010 FIBA Under-17 World Championship, during which he averaged 9.4 points per game, including a game-high 21 points while losing to the United States.
Invited to train with the Canadian senior national team in December 2012, he later represented the nation at the 2015 FIBA Americas Championship. He scored 111 points from 9 games, but could not play in the team's final bronze medal winning match against Mexico; due to an illness.
Awards & Achievements
Nik Stauskas led St. Mark’s School to two NEPSAC Class AA Championship Games in 2011 and 2012. The team won the latter, and he was named the MVP for his performance.
He helped Canada win bronze medals at the 2009 FIBA Americas Under-16 Championship and the 2015 FIBA Americas Championship.
Personal Life & Legacy
Nik Stauskas began dating Alexandra Brynn, a University of Oregon law student, on August 8th, 2017. A year later, in August 2018, he shared the news of their engagement on Instagram with a lengthy post detailing their courtship.
He is spokesman and ambassador for three Canadian Health Organizations: Canadian Pulmonary Fibrosis Foundation, Ontario Lung Association and Heart and Stroke Foundation of Canada.
Trivia
During his rookie year, Nik Stauskas got a nickname, 'Sauce Castillo', due to a closed-captioning error in the local broadcast. It eventually became a nickname that he acknowledged and accepted; by allowing the creation of a real sauce with the same name.
On April 24, 2013, he had posted a video of him making 70 of 76 three-pointers in five minutes, including 46-in-a-row, on the internet. Watching it, Stephen Curry challenged him to a contest that was cancelled as it was against NCAA rules.

See the events in life of Nik Stauskas in Chronological Order 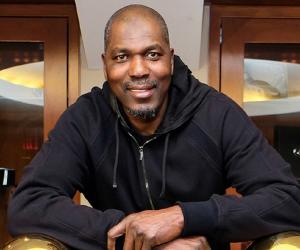