(The Inventor of the Game of 'Basketball')

James Naismith was a Canadian-American sports coach and innovator of the game ‘basketball’. He designed the game at Springfield YMCA and after teaching it there for several years, he introduced it in Kansas by founding the University of Kansas basketball program. As a young boy, Naismith was always interested in the outdoor games and designed basketball on some of the games he used to play outdoors. Naismith became the first ever campus coach of basketball when the University of Kansas hired him as a basketball coach and with it he started to achieve fame and glory worldwide but he was more interested in his physical education career. Although there came a time when everyone in the world started enjoying his invention but he thought of it as merely a curiosity and favored gymnastics and wrestling more. He witnessed basketball being adopted as an Olympic demonstration sport in 1904 and as an official event at the 1936 Summer Olympics in Berlin, as well as the birth of both the National Invitation Tournament (1938) and the NCAA Men's Division I Basketball Championship (1939). He received honors like, Canadian Basketball Hall of Fame, the Canadian Olympic Hall of Fame, the FIBA Hall of Fame, etc. Georges St-Pierre
DID WE MISS SOMEONE?
CLICK HERE AND TELL US
WE'LL MAKE SURE
THEY'RE HERE A.S.A.P
Quick Facts

American Celebrities
Canadian Celebrities
Educators
Sportspersons
American Men
Canadian Men
Childhood & Early Life
James Naismith was born in Ramsay Township, Mississippi Mills, Ontario, to Margaret and John Naismith. He was not very good at studies but was an excellent player at games that he sometimes only designed himself.
He was orphaned at a very early age in life and was brought up by his aunt and uncle and went to Bennies Corners near Almonte. He later graduated from the Almonte High School in Ontario in 1883.
Successfully graduating from the high school, Naismith attended the McGill University, Montreal. His athletic talent was put to use in the university as he was made to participate in Canadian football, lacrosse, rugby, soccer, etc.
He was a great gymnast and won many Wicksteed medals for his exceptional performance in gymnastics and earned a BA in Physical Education and a Diploma at the Presbyterian College, Montreal.
Continue Reading Below
Career
Shortly after finishing his education, in 1891 Naismith started teaching physical education, it being his specialty, and earned the position of the first ever McGill director of athletics. He later left Canada to become a physical education teacher in Massachusetts.
At YMCA, it was not easy for Naismith to deliver his services as a physical education teacher. He was stuck with a stubborn bunch of students who were only interested in playing indoors so he was instructed to design an easy one.
Naismith made the first game of ‘basket ball’ in 1891 and wrote the formal conditions of the game in which players played nine versus nine, handled a soccer ball and the goals were a pair of peach baskets.
This newly devised game became popular in the campus of YMCA and the editor-in-chief of ‘The Triangle’ published an article on it—‘A New Game’. It was being discussed to call it ‘Naismith Game’, but Naismith refused this.
In 1893, YMCA movement popularized the game internationally while Naismith went to Denver to earn a degree in medical science and in the following years he went to the University of Kansas after coaching the game at Baker University.
In 1898, basketball was officially taught in University of Kansas and he worked as a physical education instructor. Their initial games were arranged against YMCA teams. Other common opponents were Haskell Indian Nations University and William Jewell College.
He received an honorary PE Masters degree in 1910, patrolled the Mexican border for four months during World War I, traveled to France, published two books—‘A Modern College ( 1911)’ and ‘Essence of a Healthy Life (1918)’.
In 1935, he went to witness the introduction of basketball into the official Olympic sports program of the 1936 Summer Olympic Games.
Major Works
Apart from inventing the game of basketball at Springfield YMCA, Naismith’s major work is considered to be his role of basketball coach at the University of Kansas from 1898-1907. He was the first-ever campus basketball coach.
Personal Life & Legacy
Naismith got married to Maude Evelyn Sherman on 1894 in Massachusetts. They had five children together: Margaret Mason, Helen Carolyn, John Edwin and James Sherman.
His first wife died in 1937 and he got married again to Florence B. Kincaid but he suffered from a major brain hemorrhage in the same year and died at the age of 78 on November 28, 1939, in Lawrence, Kansas.
Trivia
The Naismith Memorial Basketball Hall of Fame in Springfield, Massachusetts, is named in his honor, and he was an inaugural inductee.
As a child he used to play outdoor games—playing catch, hide-and-seek, or duck on a rock, etc.
Recommended Lists:
Sportspersons #970
Miscellaneous #290
Inventors & Discoverers #36

See the events in life of James Naismith in Chronological Order 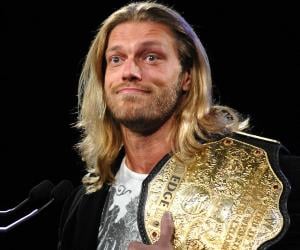