Joe Manganiello is an American actor known for his work in theatre, films, and TV. He is also a producer, director, author and narrator. Manganiello was born in Pittsburgh, in the US. He used to excel in football, volleyball, basketball and various other sports during his early days. He aspired to become a filmmaker and pursued his passion. He studied theater at the University of Pittsburgh, during which he wrote, produced, and acted in a student film called ‘Out of Courage 2: Out of Vengeance’. After appearing in several stage productions, he made his film debut in the famed superhero film ‘Spiderman’, directed by Sam Raimi. He played the role of Peter Parker’s rival at college, who bullies him but eventually gets beaten up. He gained even more popularity for his role in the horror fantasy series ‘True Blood’. The series earned positive reviews from the critics and also won several awards. Also well known as a narrator, Manganiello won the Emmy Award as the narrator of the documentary film ‘Pittsburgh is Home: The Story o the Penguins’. His most recent works include an unaccredited role in the superhero film ‘Justice League’ and a voice role in the animated film ‘Smurfs: The Lost Village’. Jason Momoa
Actors #313
Film & Theater Personalities #633
DID WE MISS SOMEONE?
CLICK HERE AND TELL US
WE'LL MAKE SURE
THEY'RE HERE A.S.A.P
Quick Facts

American People
American Men
Pennsylvania Actors
Carnegie Mellon University
Tall Celebrities
Childhood & Early Life
Joe Manganiello was born in Pittsburgh, Pennsylvania, on December 28, 1976, to Charles John and Susan Manganiello. His father is of Italian descent while his mother has Armenian, German, and Croatian ancestry.
He grew up in Mt. Lebanon, Pennsylvania with his younger brother, Nicholas. He attended St. Bernard School, and later Mt. Lebanon High School, from where he graduated with honors.
He was very efficient in sports, such as football, basketball, and volleyball, and used to be the captain of the teams of all the three sports in his high school. He began acting with the role of Jud Fry in his school's production of the play ‘Oklahoma!’. He also developed an interest in filmmaking. After a series of injuries, he had to cease his involvement in sports and decided to focus on his film career instead.
He applied to the Carnegie Mellon School of Drama after high school but was not accepted. Therefore, he studied at the University of Pittsburgh, and applied again to Carnegie Mellon after a year; this time he was accepted.
As a student, he also produced, wrote, and acted in the film ‘Out of Courage 2: Out for Vengeance’. He graduated in 2000 with a Bachelor of Fine Arts in acting. 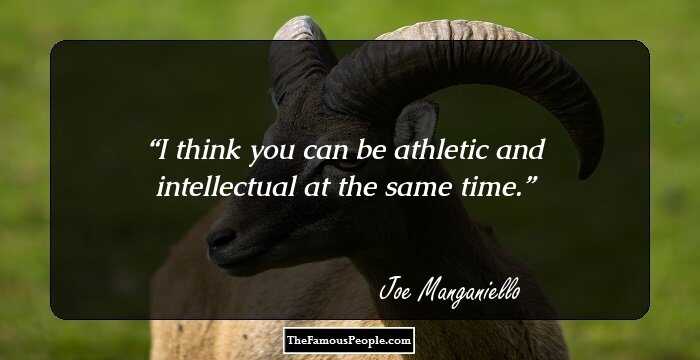 The Most Popular US Veterans
Career
While studying at the Carnegie Mellon University, Joe Manganiello had appeared in several plays such as ‘When We Dead Awaken’ and ‘The Merchant of Venice’.
He made his film debut in 2002 with a role in the superhero film ‘Spider-Man’ directed by Sam Raimi. He played a rival of Peter Parker, who tries to bully the latter at college. The film was a commercial and critical success. Five years later, he appeared in ‘Spider-Man 3’ the third film of the Spiderman trilogy.
He began his TV career in 2006, appearing in guest roles in TV series such as ‘CSI: Crime Scene Investigation’ and ‘Las Vegas’. From 2006 to 2012, he was seen in a recurring role in the TV series ‘How I met Your Mother’. In 2007, he appeared in an important role in the TV series ‘American Heiress’. He also appeared in the medical drama series ‘ER’.
He appeared in the 2009 film ‘Behind Enemy Lines: Colombia’ where he portrayed Lt Sean Macklin, the lead character. The same year, he was seen in another film, ‘Irene in Time’. He came to popularity in 2010, after he started appearing in the TV series ‘True Blood’ in an important role. He played a werewolf named Alcide Herveaux, and this role earned him critical appreciation and multiple awards.
In 2012, he had a supporting role in the comedy drama film ‘Magic Mike’. The film was a huge success commercially and also received positive reviews. It was directed by Steven Soderbergh.
In 2014, he appeared in the action thriller film ‘Sabotage’. The film was a commercial disappointment, earning around half its budget. It was also met with negative reviews. He next appeared in the 2015 drama film ‘Knight of Cups’. He also appeared in the romantic comedy film ‘Tumbledown’ in the same year.
His most significant work in 2015 was the comedy drama film ‘Magic Mike XXL’. The film was a huge success commercially, just like its 2012 prequel ‘Magic Mike’. In 2016, he appeared in the film ‘Pee Wee’s Holiday’.
In 2017, he had an unaccredited role in the superhero film ‘Justice League’ based on the popular DC comics superhero team of the same name. He also had a voice role in the animated film ‘Smurfs: The Lost Village’.
He won the Emmy Award in 2017 for directing the documentary film ‘Pittsburgh is Home: The Story of the Penguins’. The next year, he was seen in the sci-fi film ‘Rampage’. Directed by Brad Peyton, it starred Dwayne Johnson in the lead role. The film was a huge success commercially. 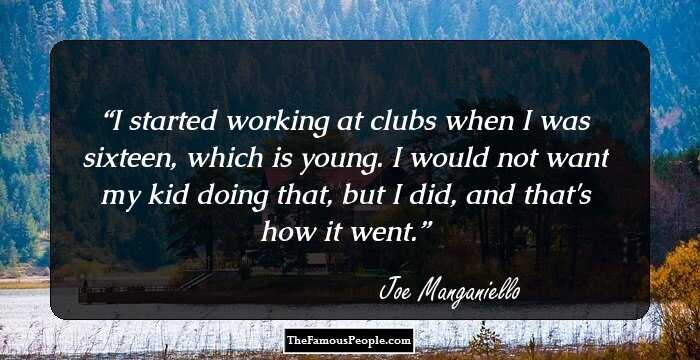 Major Works
Joe Manganiello’s role in the horror fantasy series ‘True Blood’ can be considered one of the important works in his career which brought him to popularity. The series revolved around the invention of synthetic blood which allows vampires to come out of their coffins and let their presence be known to humans. The series earned positive reviews from the critics. It aired from 2008 to 2014, covering seven seasons.
Another important work in his career is his supporting role in the comedy drama film ‘Magic Mike’. Directed by Steven Soderbergh, the film is based loosely on the experiences of an eighteen-year-old male stripper named Tatum. Other actors in the film included Channing Tatum, Cody Horn, and Alex Pettyfer. The film was a commercial success, earning around $170 million on a budget of $7 million. It also won multiple awards and nominations. It was praised by the critics and appeared in several top ten lists.
His most recent work is the 2018 sci-fi monster film ‘Rampage’. Directed and co-produced by Brad Peyton, the film stars Dwayne Johnson in the lead role, along with other actors, such as Naomie Harris, Malin Akerman, Jake Lacy and Jeffrey Dean Morgan. The film was based on the video game series of the same name. Made on a budget of $120 million, the film grossed around $423 million. It was met with mixed reviews from the critics.
Personal Life
Joe Manganiello started dating actress Sofia Vergara in July 2014. They became engaged after six months, on Christmas Day (25 December 2014). They eventually got married on 21st November 2015. 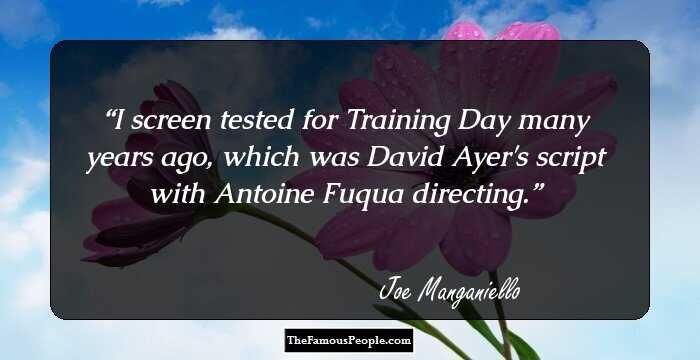 Quotes By Joe Manganiello | Quote Of The Day | Top 100 Quotes

See the events in life of Joe Manganiello in Chronological Order