Shay Mitchell is a Canadian actress, model, and entrepreneur. She is best known for her role as Emily Fields in the Freeform series Pretty Little Liars. A big fan of Jennifer Lopez, Mitchell came to be known as Shay Lo among her friends. She developed a passion for performance arts in her childhood and even talked to her parents about pursuing a career in the same. After exceling in dance and modeling, she wanted to try her hand at acting and took acting lessons in Toronto. After landing a couple of commercials and guest roles in television series, Mitchell got her big break when she was cast to play the role of Emily Fields in Pretty Little Liars. Her acting skills were praised by both critics and fans. She then went on to make a mark on the big screen with films like Dreamland, Mother’s Day, and The Possession of Hannah Grace. She starred in psychological thriller series 'You,' it garnered her with wider recognition. Apart from acting, Shay Mitchell has also ventured into writing; she co-authored an adult novel titled Bliss with Michaela Blaney. Kris Wu
10th April In History
DID WE MISS SOMEONE?
CLICK HERE AND TELL US
WE'LL MAKE SURE
THEY'RE HERE A.S.A.P
Quick Facts

Shay Mitchell was born Shannon Ashley Garcia Mitchell on April 10, 1987, in Mississauga, Ontario, Canada, to Precious Garcia and Mark Mitchell. While her mother is a Filipina, her father is of Scottish Irish ancestry. Both her parents work in finance. She has a younger brother named Sean.

From an early age, Shay Mitchell showed interest in arts and theatre and made up her mind to pursue a career in the same. By the time she was 5, she was taking dance lessons. Along with a group of dancers, she toured the city, competing in various dance schools.

When she turned ten, her family shifted to West Vancouver, British Columbia. A year later, an excellent opportunity came knocking at Mitchell’s door. An international modeling agency held an open casting call for teen and pre-teen girls who were looking for modeling opportunities. She decided to give it a try and soon found a place amongst the selected few.

She attended Rockridge Secondary School before enrolling at the West Vancouver Secondary School, from where she graduated. A big fan of Jennifer Lopez aka JLo, Mitchell was called Shay Lo by her friends. 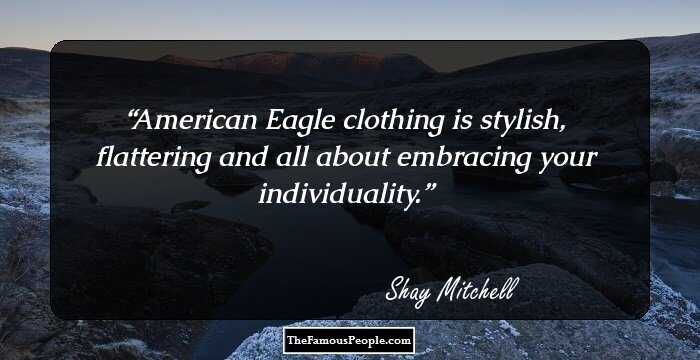 By the time she was in her late teens, she had made a name for herself as a model. She had become the poster girl for a number of companies in various cities, including Bangkok, Hong Kong, and Barcelona.

After completing her modeling assignments, Shay Mitchell returned to Toronto to study acting. Simultaneously, she signed with her first theatrical agency and was on a roll with several national commercials. She even appeared in the Canadian teen drama series Degrassi: The Next Generation in the episode Up Where We Belong.

In December 2009, Mitchell got the biggest break of her career. She was signed by the ABC Family (currently Freeform) for the television adaptation of the book series Pretty Little Liars. Though Mitchell initially auditioned for the role of Spencer Hastings, she finally landed the character of Emily Fields, the captain of the school's swim team who eventually becomes the coach.

Premiering to 2.47 million viewers, the series became a major hit. Shay Mitchell received critical acclaim for her acting skills. Such was the response for the series that it was aired for seven seasons.

Following the stupendous success of Pretty Little Liars, she was offered guest roles in many popular television series. She made an appearance on the Disney XD series Aaron Stone where she played cheerleader Irina Webber in 2010. Next, she guest-starred in the Global series Rookie Blue and appeared in the music video of Hold My Hand by Jamaican rapper Sean Paul.

In 2012, she appeared in an episode titled Heather Morris from the reality television series Punk’d. She served as the judge at Fashion Week: Who’s In and Who’s Out for Project Runway in 2015.

In 2016, she made her big screen debut in the American comedy-drama film Dreamland where she played Nicole. The film opened to positive reviews and was praised by the critics as well. The same year, she starred in a romantic comedy titled Mother’s Day wherein she played the role of Tina, who marries the ex-husband of Sandy, played by Jennifer Aniston. She was then seen as the guest co-host in Live! With Kelly and Michael.

In September 2017, Shay Mitchell was cast to play the lead role in the ABC television pilot The Heiresses, which was adapted from Sara Shepard’s book of the same name.

She launched her travel brand BÉIS in 2018. The same year, she played the lead role of Megan Reed in a horror thriller titled The Possession of Hannah Grace. Directed by Diederik Van Rooijen and written by Brian Sieve, it released on November 30, 2018.

In 2019, she was cast to play Stella Cole in a comedy web television series titled Dollface.

Apart from acting, Shay Mitchell has tried her hand at writing as well. She co-authored the adult novel Bliss with Michaela Blaney. It was released in 2015. She also hosts her own YouTube lifestyle channel. 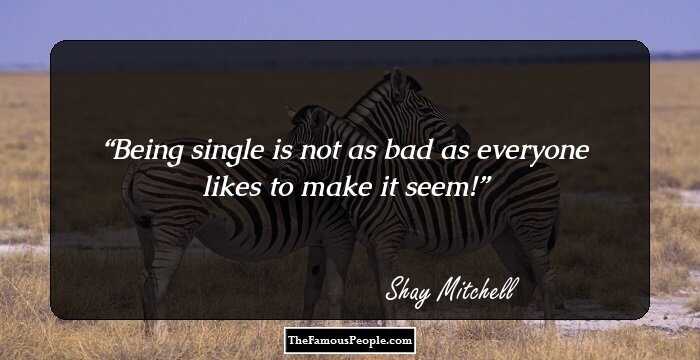 One of Shay Mitchell’s career-defining moments came in December 2009, when she signed a contract to appear in the television adaptation of the book series Pretty Little Liars. Running for seven seasons from 2010 to 2017, the series became a major hit and was praised by the critics and audience alike for its unique story and tremendous performance by the cast members.

Pretty Little Liars follows the story of four friends who are blackmailed by an unknown person who threatens to expose their secrets. In the series, Mitchell played the role of Emily Fields. She received much critical acclaim for her work.

Shay Mitchell was nominated for various awards in different categories for her role in Pretty Little Liars. She won the Young Hollywood Award for Cast to Watch (shared with Troian Bellisario, Lucy Hale, and Ashley Benson) in 2011. 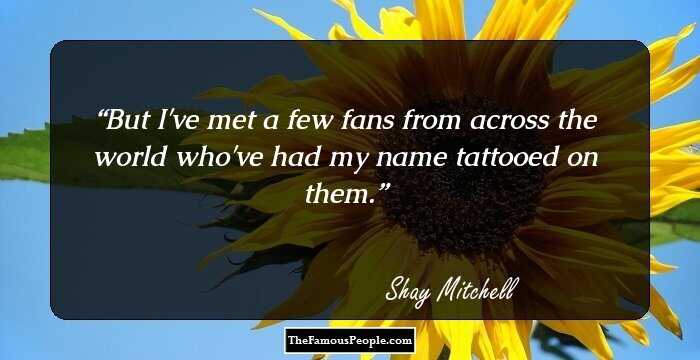 She is an ardent supporter of charitable events and organizations. She supported Somaly Mam Foundation, a non-profit organization that fought sex trafficking until it ceased operations in 2014.

Along with the cast of Pretty Little Liars, she worked for The Trevor Project and the NOH8 Campaign.

Additionally, she works with WE Charity, which helps communities develop educational resources. She partnered with Represent Clothing to promote tees and half of the proceeds went to GLAAD.

Unlike her character in Pretty Little Liars, Shay Mitchell loves to date men. She was in a relationship with Ryan Silverstein before breaking up with him after a year, much to the surprise of her fans.

She announced the birth of her daughter Atlas Noa with Matte Babel via social media on October 20, 2019. He posted an image of Shay holding the baby's hand. Shay Mitchell announced in February 2022, that the couple is expecting their second child. In May 2022, their second daughter was born.

Quotes By Shay Mitchell | Quote Of The Day | Top 100 Quotes

See the events in life of Shay Mitchell in Chronological Order 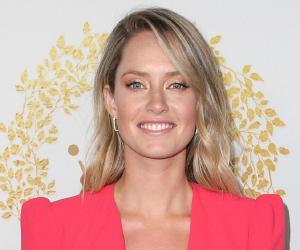 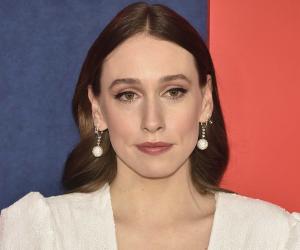