(Known for Creating the Television Series Family Guy, American Dad, the Cleveland Show, and the Orville)

Seth MacFarlane is a popular American personality who has made his mark as a television producer, singer, lyricist, actor, and filmmaker. Though his works are spread over different genres, he principally focusses on comedy and animation. Animation has been a passion for him since his childhood; he began drawing cartoon characters when he was two years old. This interest of his earned him work as a cartoonist with a local newspaper when he was only nine years old. Seth MacFarlane also delivers frequent lectures at renowned universities, such as ‘Stanford University,’ ‘Harvard University,’ ‘George Washington University,’ ‘University of Texas,’ and ‘University of Toledo.’ He is a strong supporter of gay rights and has a strong commitment to humanist values and equal marriage rights for all. As far as his personal life is concerned, Seth MacFarlane is passionate about music, and makes time to nurture his passion for music. He is interested in different genres of music, such as traditional pop, jazz, swing, and big band. He is also a trained pianist. Seth MacFarlane has English, Irish, and Scottish lineage. American People
Animators
Pop Singers
Screenwriters
T V & Movie Producers
Childhood & Early Life
Seth MacFarlane was born on 26 October 1973, in Kent, Connecticut, USA. His father Ronald Milton MacFarlane was a prep school teacher, while his mother Ann Perry was an admissions officer. He has a sister, Rachael Ann MacFarlane, who grew up to be a voice actor.
Seth MacFarlane completed his schooling in 1991 from ‘Kent School.’ He went on to pursue his passion for animation and filming at the ‘Rhode Island School of Design’ from where he earned a bachelor in fine arts degree. 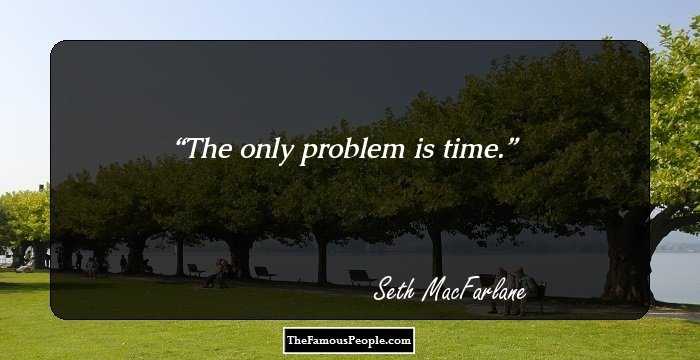 Quotes: Time
Continue Reading Below
Career
During his final year at ‘Rhode Island School of Design,’ Seth MacFarlane created a film named ‘The Life of Larry,’ which was shared by his professor to the animation studio, ‘Hanna-Barbera.’ Seth MacFarlane was later hired by ‘Hanna-Barbera’ in 1995, based on his ability to write.
At ‘Hanna-Barbera,’ he worked on Cartoon Network’s series and juggled roles between being a storyboard artist and a writer. During this period, he worked on several cartoon series, such as ‘Dexter’s Laboratory,’ ‘Johnny Bravo,’ ‘I Am Weasel,’ and ‘Cow and Chicken.’
During this period, he also worked as a freelancer for ‘Nelvana Limited’ and ‘Walt Disney Television Animation.’ He went on to work on animated television series, such as ‘Jungle Cubs’ and ‘Ace Ventura: Pet Detective.’
In 1996, Seth MacFarlane made ‘Larry & Steve,’ a sequel to ‘The Life of Larry.’ ‘Fox Broadcasting Company’ saw the films and expressed its desire to convert them into an animation series.
Though he took delight in his work at ‘Hanna-Barbera,’ Seth MacFarlane found his real interest to be animation as it dealt with humor in a different way. ‘Fox Broadcasting Company’ asked him to prepare a pilot series, which took him six months to complete.
During his tenure at ‘Hanna-Barbera,’ MacFarlane had first pitched 'Family Guy,' an adult animated sitcom, to ‘Fox Broadcasting Company.’ In 1998, ‘Fox Broadcasting Company’ purchased ‘Family Guy’ and Seth MacFarlane became the youngest executive producer of a television series at the age of 24. The series went on air in 1999. Apart from writing a few episodes, he also voiced the main characters.
The ‘Family Guy’ series became very popular. In 2005, Seth MacFarlane, along with music composer Walter Murphy, created a music album titled ‘Family Guy: Live in Vegas.’ The same year, Seth MacFarlane created another adult animated series titled ‘American Dad!’ which also received positive reviews from viewers.
In 2007, Seth MacFarlane began creating his next animation sitcom ‘The Cleveland Show.’ The show focused on ‘Cleveland Brown’ and his family. ‘Cleveland Brown’ is the central character from ‘Family Guy.’ The show had its premier two years later on May 2009. In 2007, he was also the executive producer of an action sitcom titled ‘The Winner.’
In 2008, he released a web television series called ‘Seth MacFarlane's Cavalcade of Cartoon Comedy.’
Continue Reading Below
Along with Steven Soter and Ann Druyan, Seth MacFarlane co-produced a science documentary television series titled ‘Cosmos: A Spacetime Odyssey’ in 2011. He made his directorial debut with the feature film ‘Ted’ in 2012. He also produced, wrote the screenplay, and starred in the movie.
In 2013, he announced that he would be working on the American sitcom ‘Dads.’ The show was canceled after the first season. The same year, he hosted the 85th ‘Academy Awards’ in Los Angeles.
In 2014, he hosted the ‘Breakthrough Prize’ ceremony. The same year, he executive-produced a series titled ‘Blunt Talk’ for ‘Starz.’ The show aired from August 2015 to December 2016.
Meanwhile in 2014, he co-wrote and acted in his second film ‘A Million Ways to Die in the West.’ The same year, he wrote a novel based on the film. In 2016, the animated series ‘Bordertown,’ which he had been working since 2009, was released.
On September 15, 2017, MacFarlane released his fourth studio album ‘In Full Swing.’ In 2017, he also created and starred in an American science fiction comedy-drama series titled ‘The Orville.’
On April 19, 2019, he released his album ‘Once in a While.’ In 2019, he also starred in an American drama miniseries titled ‘The Loudest Voice.’ 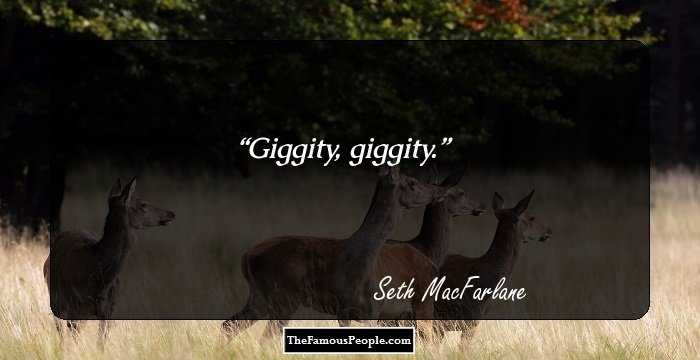 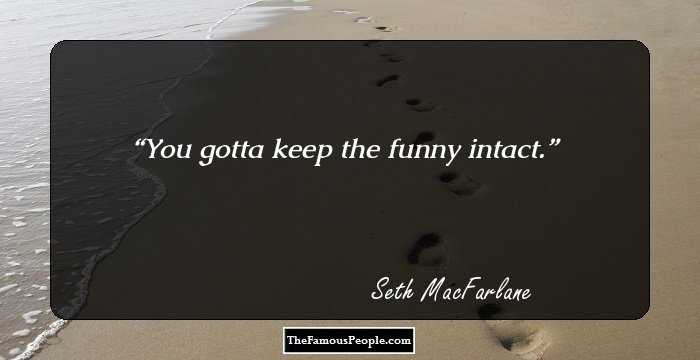 Quotes: You
Personal Life & Legacy
In 2012, reports stated that Seth MacFarlane was in a relationship with English actor Emilia Clarke. The relationship was short-lived as they broke up by March 2013.
Trivia
In 2008, Seth MacFarlane signed a $100 million deal with ‘Fox Broadcasting Company’ to extend his shows ‘Family Guy’ and ‘American Dad!’ for four years. This deal made him the highest paid television writer.

Quotes By Seth MacFarlane | Quote Of The Day | Top 100 Quotes

See the events in life of Seth MacFarlane in Chronological Order