Sergei Sergeyevich Prokofiev was a Russian composer, pianist and conductor born in the late nineteenth century in what today is known as eastern Ukraine. Composing his first music at the age of five, he entered St. Petersburg Conservatory at the age of thirteen and made his first public appearance four years later. Soon he made his name known nationwide, but after the February Revolution, he realized that he had little scope in Russia and left first for USA and then for France with an official passport. Later he returned to his homeland and by the age of fifty-four began to be counted as the foremost composer of Soviet Union. Unfortunately soon after that, he fell foul with the authorities and had eight of his major works banned from public performances. His last years were spent in ill health and financial constraints, but a few years after his death, he once again began to be counted as one of the best Russian composers working in every genre of music, including symphonies, concerti, film music, operas, ballets, and program pieces.

Ukrainian Celebrities
Ukrainian Men
Male Pianists
Male Composers
Male Musicians
Childhood & Early Years
Sergei Sergeyevich Prokofiev was born on 23 April 1891 in Sontsovka, then a remote rural estate under Russian Empire. It is now part of Donetsk Oblast in eastern Ukraine and is known by the name Krasne.
His father, Sergei Alexeyevich Prokofiev, an agronomist, was a soil engineer at Sontsovka at the time of his birth. His mother Maria/Grigoryevna (née Zhitkova) Prokofieva, was an accomplished pianist. The daughter of a former serf, she was tutored in theatre and art by her master’s family from an early age.
Sergeyevich was his parents’ only surviving child, having two elder sisters who died in infancy. Watching his interest in music, he mother gave him his first lesson in piano as he turned three.
As Sergeyevich turned five, he composed his first piece. Meant for piano, it was called ‘Indian Gallop’. The composition was written by his mother in the F Lydian mode. Subsequently, he wrote a few more pieces.
In 1899, his parents took him to Moscow, where he for the first time heard an opera. Intrigued, he began to write one. Very soon a libretto in three acts and six scenes was ready. Later with the help of his mother, he transcribed the music.
In 1902, Sergei Sergeyevich Prokofiev was taken to meet Sergei Taneyev, the Director of the Moscow Conservatory. Impressed by his musical talent, Taneyev persuaded composer and pianist Reinhold Glière to give him private lessons during the summers of 1902 and 1903.
It was during this period that Prokofiev first tried his hand at symphony. Slowly, he also started experimenting with harmonies, leading to the creation of a number of short piano pieces. He called them "ditties", and these later laid the foundation of his musical style.
Continue Reading Below
You May Like

See the events in life of Sergei Prokofiev in Chronological Order 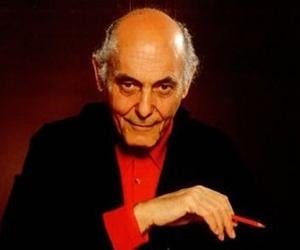