Blake Lively is an American actress most famous for her role of Serena van der Woodsen in the CW drama series 'Gossip Girl', which ran successfully for six seasons straight. She comes from a family deeply rooted in the entertainment industry. She bagged the role of Bridget in the blockbuster movie 'The Sisterhood of the Traveling Pants' by just showing her photograph at the auditioning. She cemented her place in Hollywood with films like 'Accepted', 'The Private Lives of Pippa Lee', 'The Town', 'Green Lantern', 'Savages', 'The Age of Adaline' and 'The Shallows'. She is also a successful model who has been the face of famous brands like L’Oreal and Gucci. Lively has already been nominated for numerous awards in her short career so far, and has won many of them. Known as a celebrity homemaker for her love for cooking and interior decoration, Lively has participated in various cooking workshops and has appeared in magazines featuring her cooking equipments and dishes. She is married to famous actor Ryan Reynolds and currently lives in Bedford, New York, with her husband and two daughters. 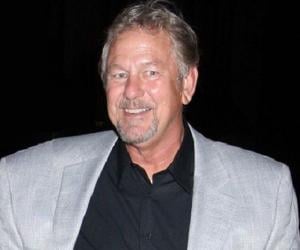 Blake Lively was born as Blake Ellender Brown on August 25, 1987, in Tarzana, Los Angeles. Her father, Ernie Lively, was an actor and director while her mother, Elaine Lively, worked as a talent scout.

She comes from a big family and is the youngest of five children, including three step siblings from her mother's side. Apart from her parents, she and all of her siblings – Eric, Lori, Robyn and Jason – are connected to the entertainment industry.
She got introduced to acting at a very early age as her parents used to take her to the acting classes they taught in, instead of leaving her with a babysitter back at home. As a result, she learnt the tools of the trade when she was very young.
An alumnus of the Burbank High School, Blake Lively was very active during her school days. She was appointed senior class president, was part of the cheerleaders' group and performed in the championship choir.
Lively, who trained her whole life to attend Stanford University, went to auditions for roles in movies to appease her brother Eric, who had asked his agents to send her to auditions. She is very close to her brother, who, during a tour of Europe with her, had discussed the possible career choices for her and found out acting to be fitting. 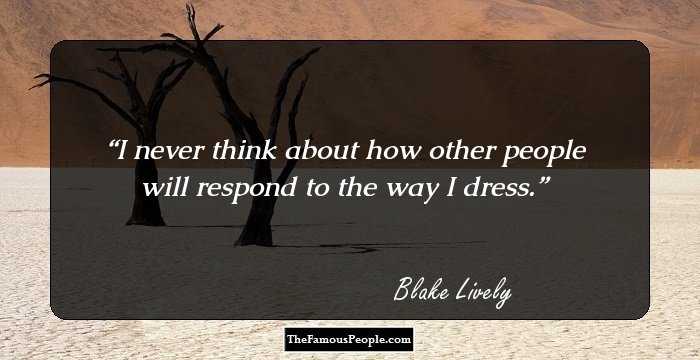 Blake Lively first acted in a movie when she was only ten years old. In 1998, she did a short role in the film 'Sandman', which was directed by her father.

In 2005, she was cast as Bridget, one of the four female leads of the movie 'The Sisterhood of the Traveling Pants'. She was nominated for a Teen Choice Award for her performance in the movie.
She acted opposite Justin Long in the 2006 movie 'Accepted'. The movie failed to receive favorable reviews from critics, but Lively was able to win the 'Breakthrough Award' from Hollywood Life. The same year, she also played a minor role in the horror film 'Simon Says'.
She played the role of Anabelle, a girl with an eating disorder competing for a beauty pageant, in the 2007 movie 'Elvis and Anabelle'. Lively, who considers herself a foodie, had to work hard to lose a lot of weight to get into the character she was playing.
In 2007, she was cast to play the role of Serena van der Woodsen in the CW television series 'Gossip Girl'. She played the role for six seasons till 2012, after which the series ended.
In 2008, she was recast as Bridget in the sequel to 'The Sisterhood of the Traveling Pants'. Once again her performance earned her accolades from the critics.
She got a supporting role as the younger version of the main character in 'The Private Lives of Pippa Lee' (2009). Despite her small role, she charmed the critics with her "sensational" performance. In 2009, she also did a minor role in 'New York, I Love You', a collection of eleven romantic short films by different directors.
In 2010, she was cast opposite Ben Affleck in the crime drama 'The Town', an adaptation of Chuck Hogan's novel 'Prince of Thieves'. Her portrayal of a young mother in the film received critical acclaim.
In 2011, she played the female lead in the superhero movie 'Green Lantern'. The movie, unfortunately, was not a commercial success. In the film, she was cast opposite her future husband Ryan Reynolds.
Continue Reading Below
In the 2012 movie 'Savages', Lively replaced Jennifer Lawrence to play the role of Ophelia "O" Sage. Her portrayal of a "broken, needy little soul" was praised by 'HitFix' film critic Drew McWeeny.
She acted alongside Michiel Huisman and Harrison Ford in the movie 'The Age of Adaline', which was released in 2015. Her most recent performance was in the horror film 'The Shallows', which has been received well by critics. 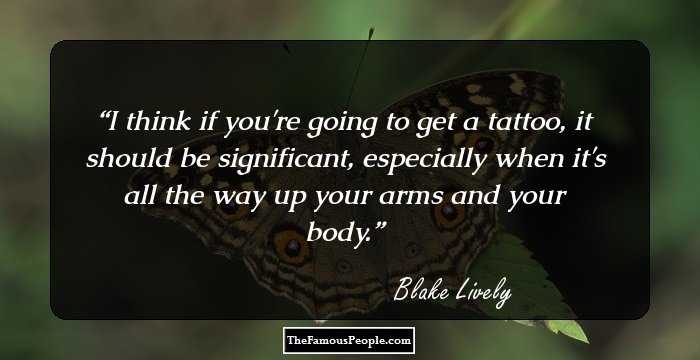 Major Works
The role of Serena in the television series 'Gossip Girl' made Blake Lively a household name. Her character influenced the fashion choices of a generation of young girls and created a cult following.
Awards & Achievements
In 2008, Blake Lively received two Teen Choice Awards for her role in the series 'Gossip Girl'. She won another Teen Choice Award for the series in 2012.
Her 2010 movie 'The Town' brought her two more awards. She received awards from the National Board of Review and Washington D.C. Area Film Critics Association as part of the ensemble cast.
In 2011, she won the 'Breakthrough Performer of the Year Award' from CinemaCon. In the same year, she was named among 100 most influential people by 'TIME' magazine and also topped the AskMen.com list of "most desirable" women. 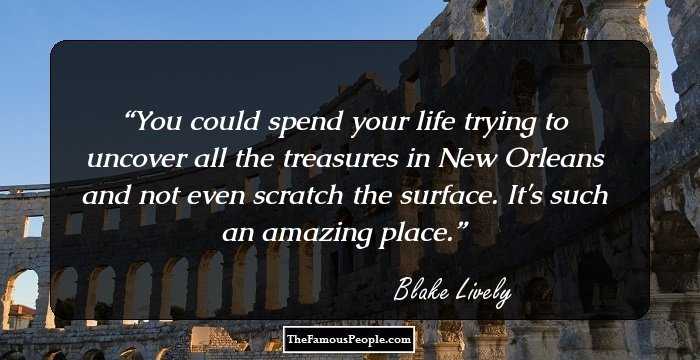 Quotes: Trying
Personal Life & Legacy
Blake Lively's first crush was her 'Simon Says' co-star Kelly Blatz. The two have been childhood friends and dated from 2004 to 2007.
Continue Reading Below
She has known Penn Badgley, her co-star from 'Gossip Girl', since the age of eleven as they were homeschooled together. The onscreen pair dated in real life between 2007 and 2010.
She has been linked to 'Titanic' star Leonardo DiCaprio with whom she spent a fun-filled summer in France. The two broke up in October 2011 after dating for five months.

In October 2011, Lively started dating Ryan Reynolds, whom she met on the sets of their film 'Green Lantern'. They bought a house in Bedford in June 2012, and got married in September 9, 2012.

Blake Lively, who was tall for her age, was admitted to 1st grade at the age of 3 to accompany her 6-year-old brother Eric, who was too nervous to go to school alone. Later, she attended thirteen different schools before graduating from grade school.

Lively did a music video with Jessica Alba in 2010, for her album ‘The Lonely Island’, in the song ‘I Just Had Sex’.

She has been called the celebrity homemaker by Salon as she is a foodie and a great cook. She is a big fan of Martha Stewart and Nigella Lawson.
She has done a stint in Gucci’s ‘Chime for Change’ campaign video, which was designed to raise issues of women’s education, health and justice.
She featured on the cover of Cosmo magazine in 2008, stating in the interview that she does not do drugs or drink alcohol but does sleep around a lot.

Quotes By Blake Lively | Quote Of The Day | Top 100 Quotes

See the events in life of Blake Lively in Chronological Order