Ranked at number 12 on ‘Men's Health' magazine’s list of '100 Hottest Women of All-Time', Scarlett Johansson was also named as the ‘Sexiest Woman Alive' by ' Esquire' magazine. This four-time Golden Globe nominated American actress is one of the most talented, versatile actresses in Hollywood. She has successfully made her way up the ladder, making her mark as a powerful performer and achieving a place among the ‘A List’ actresses in the entertainment industry. Some of her well-known films include, 'Lost in Translation', ‘Match Point', 'The Nanny Diaries', 'Vicky Cristina Barcelona', 'The Avengers', 'Hitchcock', 'Girl with a Pearl Earring' and 'He's Just Not That into You'. She is widely regarded as a ‘peerless sex symbol' and is much known for her powerful onscreen sexual persona and appeal. She has been featured in a number of prestigious publications around the world. With a seductive voice, drop-dead gorgeous looks and great acting skills, Scarlett Johansson is a brilliant young woman, confident to take her stride and deliver breath-taking performances. She was born in New York and graduated from the Professional Children's School in Manhattan. Zoë Kravitz
Actresses #1
Film & Theater Personalities #3
DID WE MISS SOMEONE?
CLICK HERE AND TELL US
WE'LL MAKE SURE
THEY'RE HERE A.S.A.P
Quick Facts

American People
American Women
New Yorkers Actresses
American Actresses
Sagittarius Actresses
Childhood & Early Life
Scarlett Johansson was born on November 22, 1984, in New York City, New York, to Karsten Johansson and Melanie Sloan. She grew up in a humble environment, in a household with limited means.
She was educated at P.S. 41 in the elite Greenwich Village neighbourhood. At the age of eight, she appeared in the Off-Broadway production, after which she went on to audition for other roles.
In 1994, she made her first appearance in the film ‘North’, when she was only nine years old. She later bagged roles in films 'Just Cause', 'If Lucy Fell' and 'Manny & Lo'.
In 2002, she enrolled at the Professional Children's School in Manhattan. There she trained in theatre. 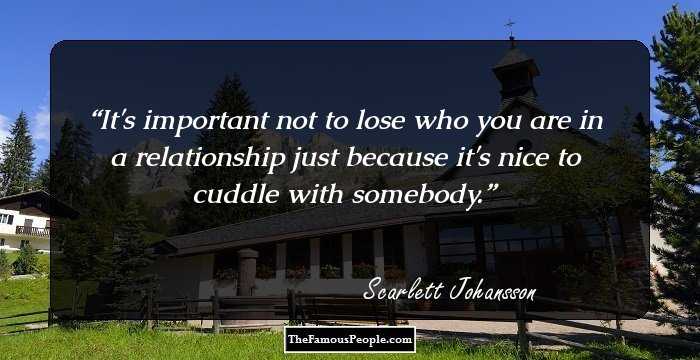 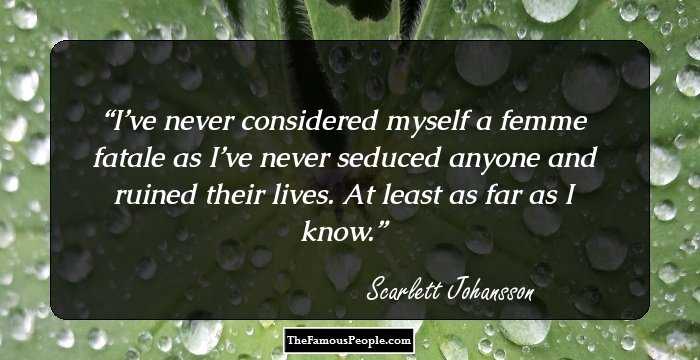 Quotes: Never, I
Continue Reading Below
Major Works
‘Vicky Cristina Barcelona' was a commercial success, grossing at $96 million worldwide. The film won various critics’ awards from the New York Film Critics Circle and the British Academy of Film and Television Arts.
Awards & Achievements
In 2004, she won the BAFTA Award for the category of ‘Best Performance by an Actress in a Leading Role' for the film, ' Lost in Translation'. 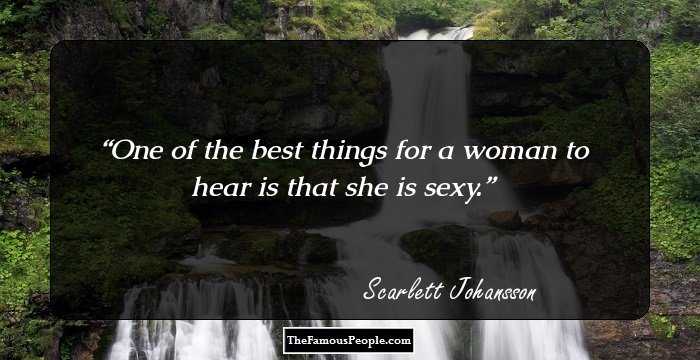 Family & Personal Life
Around 2001, She dated guitarist Jack Antonoff for a year.
She campaigned for Democratic candidate John Kerry in the 2014 United States presidential election.
She was romantically involved with actor Josh Hartnett for two years. Their relationship ended in 2006.
In 2008, she married Ryan Reynolds, after a one year courtship. Unfortunately, the marriage did not last long, and they divorced in 2011.
In September 2013, she got engaged to Romain Dauriac, who owns an advertising agency.
On September 4, 2014, her representatives confirmed that she gave birth to a daughter Rose Dorothy, but the date of birth was not revealed.
She married Romain Dauriac in Philipsburg, Montana, on October 1, 2014.
She serves as the Global Ambassador for the international aid organisation, 'Oxfam'.
Trivia
This gorgeous and acclaimed American actress has the spirit of a child and even went on to celebrate her 20th birthday in Disneyland.

Quotes By Scarlett Johansson | Quote Of The Day | Top 100 Quotes

See the events in life of Scarlett Johansson in Chronological Order