David Ryan Adams is a distinguished American singer, songwriter, record producer, artist, and poet. He has earned repute for his remarkable song writing skill and singing style and is counted among the few artists who emerged from the alt-country scene and garnered mainstream commercial success He founded and fronted the backing bands Whiskeytown, The Cardinals and The Shining, all of which were later disbanded. He pursued a solo career in 2000 and gained attention and critical acclaim with his debut solo album, Heartbreaker. His second studio album Gold earned gold certification in the UK and thus far remains the best-selling album of the artist. It includes his debut single New York, New York that earned him a Grammy Awards nomination for Best Male Rock Vocal Performance. Moving on, he bolstered his career with other notable albums like Demolition, Rock N Roll, Cardinology, Ashes & Fire, Ryan Adams, and Prisoner. So far Ryan has earned seven Grammy Awards nominations including two in the Best Rock Album category for Gold and Ryan Adams. He has also collaborated with artists like Norah Jones and bands like Counting Crows and Cowboy Junkies; and produced albums for Jesse Malin, Willie Nelson, Jenny Lewis, and Fall Out Boy. His literary pursuits include writing the books Infinity Blues and Hello Sunshine. David Ryan Adams was born to Robert Adams, a contractor, and Susan Adams, an English teacher on November 5, 1974, in Jacksonville, North Carolina, US, as their second child and youngest son among three children. His parents divorced and his father abandoned the family when Ryan was five. As the family became homeless, Ryan’s mother moved to his grandparents’ house with the three children. When Ryan was 13, his mother married another man. While giving an interview later, Ryan credited his grandparents for his achievements and said that his grandmother was like a mother to him. He lost his elder brother due to an undisclosed illness in 2017.

He started writing short stories and limericks when he was eight and used his grandmother's typewriter for such pursuit. His mother and stepfather gave him an electric guitar when he was fourteen. He learnt to play the instrument and in no time became a member of Blank Label, a local punk rock band. In 1991, the short-lived band self-released a short three track 7-inch record.

Ryan founded the American rock/alternative country band Whiskeytown in Raleigh, North Carolina, in 1994. Other members of the band, which Ryan fronted, included Caitlin Cary, Eric "Skillet" Gilmore, Phil Wandscher, and Mike Daly. Music of Gram Parsons and other country-rock pioneers served as Ryan’s inspiration and influenced the band considerably. During his tenure with Whiskeytown, Ryan shifted from punk rock to alt-country. Whiskeytown released three studio albums, Faithless Street (1995), the critically acclaimed Strangers Almanac (1997) and Pneumonia (2001). The latter released after they disbanded in 2000.

Ryan commenced his solo career with his September 5, 2000, released debut solo studio album HeartbreakerI that was produced by Ethan Johns. The album garnered critical acclaim with critics considering it as a fresh start for the artist following breakup of Whiskeytown.

Ryan stole the spotlight with his second studio album Gold that was released on September 25, 2001, through Lost Highway Records. It remains the best-selling album of Ryan and garnered gold certification in the UK. One of its tracks, New York, New York, peaked at #53 in the UK Singles Chart and at #18 in the US Billboard Adult Top 40 chart. Music video of the track became a notable MTV and VH1 favourite after the 9/11 attacks. Other tracks of the album include When the Stars Go Blue that has been covered by several artists; and The Rescue Blues that featured in the end credits of the 2001 American war film Behind Enemy Lines. Ryan received three Grammy Awards nominations in 2002; Best Rock Album for Gold, Best Male Rock Vocal Performance for New York, New York, and Best Male Country Vocal Performance for the song Lovesick Blues that was recorded for the Hank Williams tribute album titled Timeless.

His third studio album Demolition was released on September 24, 2002, by Lost Highway Records. It included tracks which were selected by the label, without Ryan’s involvement, from his four unreleased studio albums which were earlier dismissed by the label as un-releasable. The album garnered critical acclaim, however was not as successful as its predecessor. Ryan made his album-production debut same year producing Jesse Malin's debut solo album The Fine Art of Self Destruction. Ryan, who was a big fan of the early/mid-1990s Raleigh, North Carolina rock band Finger, joined hands with Malin to create the hardcore punk band The Finger under the Pseudonyms Warren Peace and Irving Plaza respectively. In 2002, the band recorded two EPs, We Are Fuck You and Punk's Dead Let's FuckI. Tracks of the two EP’s were included in the band’s 2003 released debut studio album We Are Fuck You.

With time Ryan drew considerable praise for his song writing skills from the likes of Elton John, whom he joined on CMT Crossroads on May 26, 2002; and Phil Lesh, whom he met in 2005 at the Jammys awards and accompanied with various lineups of Phil Lesh & Friends. John and several other artists like Willie Nelson, Frank Turner, Norah Jones, Taylor Swift, Noel Gallagher, Jared Followill and Wesley Schultz has also praised Ryan for his musical style and dynamism.

Moving on Ryan released the albums Rock n Roll (2003), and Love Is Hell (2004), through Lost Highway Records. One of the tracks of Love Is Hell, a cover of Oasis’s Wonderwall, garnered Ryan a Grammy nomination for Best Solo Rock Vocal Performance in 2005.

He fractured his wrist during a live performance in January 2004 due to which he had to take a short break and cancel his European and American tours. Same year, he formed the backing rock band The Cardinals. It was featured on Ryan Adams and the Cardinals albums Jacksonville City Nights (2005), Cold Roses (2005), Cardinology (2008) and III/IV (2010). Although Ryan’s ninth studio album Easy Tiger (2007) is credited as a solo release of the artist, it features the Cardinals as his backing band. Easy Tiger debuted at #7 on the Billboard 200.

Ryan fronted The Cardinals till 2009. He said that he would leave the band following its final show on March 20 that year and take an extended break from music because of complications from Ménière's disease. He however started performing again in the following year.

Over the years, Ryan has also released several notable albums through his own record label PAX-AM that he established in 2004. These include the new metal-influenced album Orion (2010); Ashes & Fire (2011) that peaked at #9 at the UK Albums Chart, marking best position of the artist in the UK, and also debuted at #7 in the US, marking his second top 10 album in the US after Easy Tiger; Ryan Adams (2014) that fetched two Grammy Awards nominations in 2015, in Best Rock Song for its track Gimme Something Good and Best Rock Album; 1989 (2015), a track-by-track cover of Taylor Swift's album of the same name, that debuted at #7 on the US Billboard 200; and Prisoner (2017) that was influenced by his divorce from American actress and singer-songwriter Mandy Moore. Release of his albums Wednesdays (2020) and Big Colors (2021) was delayed following sexual misconduct allegations against him by seven women.

Ryan was romantically associated with British singer-songwriter Leona Naess, however their engagement ended in 2003.

He started dating Mandy Moore in 2008 and got engaged with her in February 2009. The two tied the knot in Savannah, Georgia, on March 10 that year. Mandy filed for divorce in January 2015 citing "irreconcilable differences" while Ryan was in New York. On 23rd of same month, the two released a joint statement where they announced that they were separating and mentioned that it was a "respectful, amicable parting of ways". Divorce of the two was finalised in June 2016.  Meanwhile beginning in 2014, Ryan dated American singer, songwriter, guitarist and record producer Phoebe Bridgers. The two parted ways later.

On February 13, 2019, The New York Times published an article in which seven women including Mandy, Phoebe and an underage fan accused Ryan of sexual misconduct and abuse. The FBI investigated to see whether Ryan fell on the wrong side of law by engaging himself in sexually explicit communications with an underage fan, however dropped the investigation and cleared Ryan of any potential criminal charges as no proof of illegal behaviour with underage girls was found against him. He later issued an apology for his actions in a statement in the Daily Mail in July 2020.

See the events in life of Ryan Adams in Chronological Order 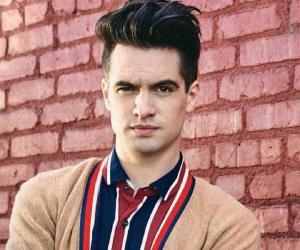 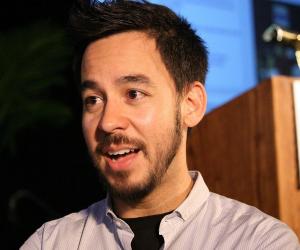