Neil Diamond is a famous American singer-songwriter, a trouper of the ‘Brill Building’ song factory and one of the most successful artists of his time. His trademark style was his quasi-gospel, baritone voice, which helped him sell nearly 125 million records around the world, with over 18 platinum-certified albums. He wrote his first song, ‘Hear them bells’ for his girlfriend, which was recorded a number of years later. He has had the privilege of working with several with record groups including ‘Columbia Records’ ‘Bang’ and ‘MCA’. His songs such as ‘I’ve Been this Way Before’, ‘Song Sung Blue’, ‘Cracklin’ Rose’ and ‘Desiree’ became extremely popular during his time and went on to become the ‘third most successful adult contemporary artist’ on a number of popular music charts. The last of his albums that was released was a compilation CD of some of his best records from his career, which was compiled into ‘The Very Best of Neil Diamond’. Career aside, he is known to have been a solitary and insecure person beneath all his fame and success and was also known to many as arrogant, though he was in true spirit; a performer and a showman. American People
Pop Singers
Rock Singers
Lyricists & Songwriters
American Men
Childhood & Early Life
Neil Leslie Diamond was born on January 24, 1941 to Rose and Akeeba ‘Kieve’ Diamond, a Jewish couple, in Brooklyn, New York.
He attended Abraham Lincoln High School, where he received his high school diploma. During his school years that he was a part of the fencing team. He was later offered a fencing scholarship to New York University, where he specialized in saber.
During his time at the university, he was a member of 1960 NCAA men’s championship team. In his senior year at the university, a music publishing company made him an offer of $50 per week to write songs, which he took up. 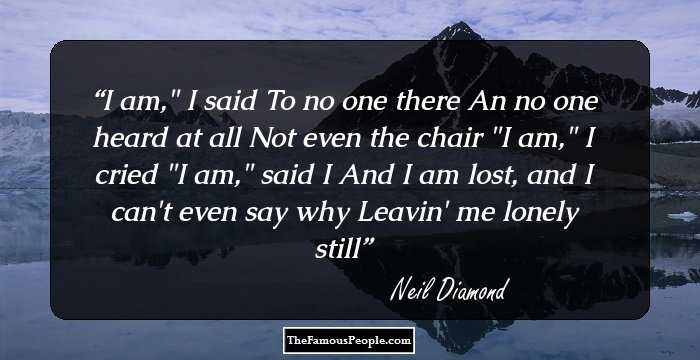 See the events in life of Neil Diamond in Chronological Order