Russell Dominic Peters is a hugely popular comedian from Canada who is counted as one of the highest-paid comedians in the world. After struggling to establish himself for years, he instantly became a huge sensation in the international comedy scenario when a YouTube video of his stand-up comedy show went viral. He is popular all around the world, often performing in sold-out stadiums across international venues. He is of South-Asian descent, and growing up in Canada he was mercilessly bullied in school and was often called ‘Paki’. He was also diagnosed with ADD or ADHD which added to his difficulties. To get over the humility of being bullied, he learned boxing which helped him in self-defense. Eventually he was able to get over his turbulent youth and entered the entertainment industry. Along with being a comedian, he is also an actor and has acted in various films such as ‘Breakaway’ and ‘Source Code,’ and in television in ‘The Jack Docherty Show’, ‘Royal Canadian Air Farce’, and ‘Just For Laughs’. Russell is currently based in the USA, though he states that his roots are still in Canada. Canadian People
T V & Movie Producers
Canadian Men
Libra Actors
Canadian Actors
Career
Russell Peters started his career at a young age in 1989 performing comedy shows in Toronto. He is deeply influenced by George Carlin, Steve Martin, Eddie Murphy, and Don Rickles. He got the chance to meet Carlin in 1992. The senior comedian advised him to use the stage as much as possible; something that Peters took very seriously, becoming hugely successful eventually. He hosted one of the last shows of Carlin before he died in 2008.
Peters appeared on CBC’s comedy show ‘Comics!’ which drew much popularity as well as criticism. Even though the show was severely criticized as low by ‘Eye Weekly,’ he was nominated for a ‘Gemini Award’ for his performance.
In 2004, he performed in the Canadian TV show ‘Comedy Now!’ The entire show and several of its separate segments were uploaded onto YouTube, where they instantly went viral marking his career graph upwards. In 2006, he also played the role of an anchor in the Canada Day Comedy Festival and in the fall of the same year, acted in the CBC Radio One’s comedy show called ‘Monsoon House’.
In 2006, he gave back to back sold-out performances at the Beacon Theatre in New York. He recorded an album of his first feature-length performance called ‘Outsourced’, which was telecast on the Comedy Central channel on 26th August 2006. Its uncensored DVD version sold over 100,000 copies and it was on the national DVD chart for more than one and a half years.
In 2007, he performed across venues in Iraq, Greenland, Germany, and Africa for the non profit organization ‘United Service Organizations Inc. (USO) along with singers Wilmer Valderrama and Mayra Veronica.
The same year he also performed at the Air Canada Centre, becoming the first comedian to have a sold-out performance. For the single show, more than 16,000 tickets were sold in two days. He hosted Juno awards in 2008 and 2009 winning a Gemini award for the former.
He performed at the largest stand-up comedy show in Australia ever on 15th May 2010 in front of 13,880 people. He also performed in front of a record number of crowds at the Singapore Indoor Stadium on 5th and 6th May in 2012.
You May Like

The Hottest Male Celebrities With The Best Abs
Awards & Achievements
In 2007, he won ‘Dave Broadfoot Award’ and in 2008 the ‘Live/Best Stand-Up - Large Venue’ at the Canadian Comedy Awards.
He won an ‘NAACP Image Award’ in 2011.
He was presented with the ‘Trailblazer Award’ in 2013 by the ‘Associations of South Asians in Media, Marketing and Entertainment’ for his contributions in the field of entertainment and comedy.
Personal Life
Russell Peters was born in Toronto, Canada on 29th September 1970 to Eric Peters, a federal meat inspector, and Maureen Peters. He is of Anglo-Indian descent. His family shifted to Brampton when he was four years old. He has an older brother named Clayton Peters who is his manager.
He studied in Chinguacousy Secondary School and the North Peel Secondary School.
He dated Bollywood actress Sunny Leone in 2008. On 10th July 2010 he proposed to his girlfriend Monica Diaz at Los Angeles International Airport and they got married on 20th August the same year. On 14th December 2010 his daughter Crystianna Marie Peters was born. He divorced his wife in 2012. He is currently engaged to Ruzanna Khetchian.

See the events in life of Russell Peters in Chronological Order 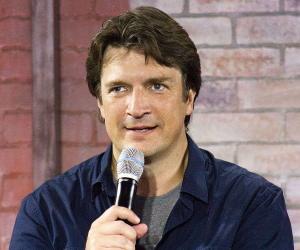