Gursimran Khamba is an Indian blogger, stand-up comedian and writer. The comedian collective All India Bakchod or AIB is responsible for establishing and restructuring the Indian stand-up comedy scene big time. As founder member of the collective, Gursimran Khamba, along with fellow founder-member and comedian, Tanmay Bhat, has to be given the lion-share of appreciation for bringing out all those hush-hush topics out in the open in a new humorous avatar. Khamba, as he is affectionately called by friends and fans alike, is a multifaceted talent, who has a solid educational background in journalism. Together with Tanmay, Rohan Joshi and Ashish Shakya (the two joined AIB later), he has taken AIB to legendary heights in a very short time. Apart from stand-up comedy, he is a gifted writer and regularly contributes articles to most lofty names in internet journalism. He also features in various podcasts and radio shows when he is not writing humorous material for the country’s who’s who. Indian People
Indian Men
Tall Celebrities
Tall Male Celebrities
Male Comedians
Childhood & Early Life
Khamba hails from a very middle-class Punjabi family based in Delhi. As a kid he never considered stand-up comedy or humor as his career path. Instead, he was keen to shape his career in the field of journalism and serious writing. Throughout school he was an A-grade student.
When it came to his Bachelor’s degree, Khamba chose to study Journalism and Media science in Delhi College of Arts and Commerce under Delhi University. During his DU days, Khamba actively pursued student politics, and had taken part in demonstrations and petitions against the Reservation Policies of the contemporary Congress Government. After his bachelor’s degree, Khamba had planned to do his masters abroad. He was even accepted into a University with full scholarship. But he failed to make his admission deadline as he came down with a serious case of Tuberculosis and had to stay confined to his home for the next six months.
During that downtime, Khamba spent his days watching stand-up comedy routines of American comedians on the internet and it is from there his interest in the field gradually grew. He also started his own blog which he unceremoniously named ‘Khamba’s Blog’. His quirky takes on India’s various social and political issues made his blog stand out from others and earned him a sizable following on social media platforms.
The following year, Khamba moved to Mumbai to pursue a career in stand-up comedy and eventually enrolled into the prestigious Tata Institute of Social Sciences in Mumbai to pursue his Master’s degree in Media and Cultural Studies.
You May Like

Indian Comedians
Indian Stand-up Comedians
Indian Film & Theater Personalities
Taurus Men
Continue Reading Below
Khamba's Success Story
Khamba’s first tryst with stand-up comedy happened in his hometown when his blog and his hilarious takes on serious issues was noticed by established comedian Rajneesh Kapoor who arranged for his first show in an open mic night. But the endeavor did not go very further and things started heating up once Khamba moved to Mumbai. Here, he met his future collective partners, Tanmay, Rohan and Ashish while they began their stand-up comedy career under actor comedian Vir Dass’s company Weirdass. It was here at Weirdass that they learnt to write various aspects of stand-up comedy like coherent routines and sketches. Khamba performed several stand-up events in the famed Comedy Club in Mumbai and began to receive a lot of media attention. This, in turn, landed him several gigs at different corporate events.
In 2012, Khamba teamed up with Tanmay Bhat and started doing regular podcasts in a channel they decided to name ‘All India Bokchod’ or AIB. The rest as they say is history. AIB Podcast gradually built up a loyal following and Tanmay and Khamba were joined by Ashish and Rohan. As their popularity over the internet soared, AIB ventured out into bigger scene. Their first live show went up in 2013, in Liberty Cinema, Mumbai and was called ‘The Royal Turds’. The routine went extremely popular and they were booked for shows in all major cities in India.
Apart from stand-up comedy, Khamba also kept the journalist in himself motivated through regular columns in online names like FirstPost, and DNA. His writing has also been published in mainstream news titles like GQ, Marie Claire, Times of India, India Today and NH7.
As part of AIB, Khamba has seen immense success. The channel itself has over 2.2 million subscribers in YouTube. He is also involved in multiple endeavors through the group like script writing for award shows, brand and media consulting, academic and corporate workshops. AIB has since its inception ventured into other efforts such as advertisement through Vigyapanti and screenwriting through AIB First Draft.
AIB has also made their TV debut through the program called ‘On Air with AIB’ in Star Plus and Star World India. Khamba is one of the crucial pillars supporting the success of AIB through his writing.
Controversies and Crowning Moments
Khamba along with his mates Tanmay, Rohan and Asish landed in hot soup after their charity event All India Bakchod Knockout hosted on December 20, 2015 at the Sardar Vallabhbhai Patel Stadium in Worli, Mumbai, was found to be utterly inappropriate and offensive towards Indian sentiments. The show involved Karan Johar as the Roast Master, doing the very public roast of Bollywood actors Arjun Kapoor and Ranveer Singh. While Arjun and Ranveer played good sports, a large number of Bollywood’s who’s who were present in the event and some of them took offense at the language and explicit content. Several complaints were lodged with the Mumbai police and as a result Khamba along with his teammates, Karan Johar, Arjun Kapoor and Ranveer Singh were among the accused. Mumbai Police booked Khamba and the rest of AIB collective were booked on charges of indecency.
Bollywood and the creative community seemed divided in their reaction. While the likes of Amir Khan criticized the program, most of the comedy circuit stood behind Khamba and AIB. The decision on the matter is still pending in Mumbai High Court.
Khamba has come out that the publicity that the Knockout afforded were in essence a boon towards catapulting AIB into national and international fame. As a result of the uproar, the AIB became a household name and the curiosity of people led to their YouTube channels fantastic popularity. As a result of the popularity, the Knockout has been reported to have raised around 40 lakh rupees for their proposed charity. As of 2016, AIB as a collective has been listed as India’s richest comedy collective and Khamba as one of the highest paid artists by virtue of that, even crossing revered actor Rajnikanth in the process!
Khamba's USP
Khamba’s sense of humor is more on the sarcastic side and his work is laced heavily with tongue-in-cheek references. Throughout the funniest of content, Khamba is often seen to sit straight with a poker face, in the end delivering a killer punch-line. His minute attention to detail and his awareness of the world around himself also wins him point when it comes to quality of the content.
Apart from comedy, Khamba is a regular contributor of articles that exhibit his cognizance of the political and social scenario in the country. His style of writing is laced generously with humor but at the same time they are surprisingly hard-hitting. As a citizen of the country, he is viciously dedicated towards bringing about the subtlest of change through his satirical and yet poignant writing. 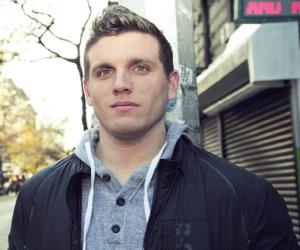