Aditi Mittal is an Indian stand-up comedian and YouTuber, hailed as one of the first women to do stand-up comedy in India. Known for her bold, acerbic, and often self-depreciating sense of humor, this talented lady possesses the knack to put across some hard-hitting messages through her in-your-face funny comic acts. Her popularity stems from the fact that she never shies away from “sensitive” topics like sex, bras, or periods, and can come with a hilarious joke on just any theme under the sun. In fact, some of her most popular acts feature the character of “sex therapist, Dr. Mrs. Lutchuke” who unabashedly doles out sex advice to both men and women with gay abandon! No doubt she is so popular! Primarily a stand-up comedian who performs live, she also often appears on TV shows. She has been featured in the American documentary ‘Stand-Up Planet,’ along with American and South African comics. A writer as well, she has written columns and articles for ‘Grazia Men’ magazine, ‘DNA,’ and Firstpost.com. An internationally renowned figure in the comedy world, Mittal was invited by the BBC for the prestigious 100 Women conference in London in 2013. She has been featured on BBC World and BBC America as one of “India’s trailblazers.” In addition to performing live and appearing on TV, she is also one of the founding members of the Ghanta Awards and the Filmfail Awards, two of the biggest parody award shows in India. Needless to say, Aditi Mittal is highly popular online, with 130k subscribers on her YouTube channel, 13.6k followers on Instagram, and 330k fans on Twitter. Indian People
Female Stand-up Comedians
Indian Stand-up Comedians
Women Film & Theater Personalities
Indian Film & Theater Personalities
Career
After completing her education from Fairleigh Dickinson University in the UK, Aditi Mittal embarked on a journalistic career and took up a job with an Indian media channel in New York. The job, however, did not give her any satisfaction. So she decided to quit it and pursue her true passion, comedy. She returned to India and became one of the first women to do stand-up comedy in the country. Though she had to struggle a bit in her initial years in this unconventional career, soon she was able to create a niche for herself. Her acerbic sense of humor combined with a boldness seldom seen in Indian women gained her a steady following and soon she became one of the most popular comedians in the nation and also earned a substantial international following.
Today, she is a regular at Canvas Laugh Factory, Comedy Store Mumbai and also performs at international venues across the UK and the US. Along with stand-up comedy and live performances, she also appears on TV in shows such as CNN-IBN’s ‘Phenking News’ with Cyrus Broacha, and political satire show, ‘Jay Hind.’ ‘The Times of India’ has rated Aditi Mittal amongst India’s top 10 stand-up comedians and she is featured in CNNIBN.com as top 30 witty, intelligent and incredibly funny Indian women to follow on Twitter.

Indian Women Film & Theater Personalities
Scorpio Women
Continue Reading Below
Personal Life
Aditi Mittal was born on November 12, 1987 in Pune, Maharashtra. Not much is known about her early years or family. She attended St. Mary’s and St. Joseph’s School, Pune. After completing high school she moved to the UK to join Wroxton College where she studied Dramatic Literature. Then she enrolled at the Fairleigh Dickinson University to study Communication and Literature. After working for a while in the UK, she returned home to India where she has now successfully established herself as one of the very few female stand-up comedians. 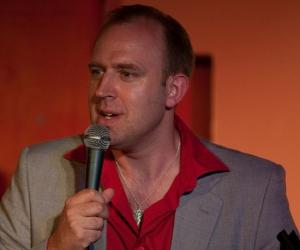 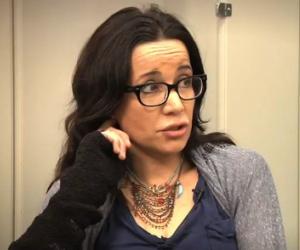