Romell Henry is a Portuguese-born English YouTube personality, whose channel Romell tgf Henry has gained prominence because of his comedy and prank videos. He is also known for his collaborative videos with fellow social media star Jay Swingler. Romell and Jay post their collaborative videos on a separate channel called TGFbro. Both the channels are packed with prank, challenge, and comedy videos that are hilarious and cringe-worthy. In addition to that, the channels also have a few story time videos. Some of the notable videos on Romell’s channel are Insane Watermelon Jelly, Reading Disturbing Fanfiction, My Tour of a $4,200,000 Mansion, Exploring 4KM Haunted Tunnel and many more. Some of the famous videos on the channel TGFbro include The Superglue Game, Bathing in Nettles, and Winning £100,000 at McDonalds Monopoly! Romell Henry and Jay Swingler’s collaborative channel has millions of subscribers. Romell Henry is a mischievous individual, who often play pranks on his friends. He befriended Jay Swingler, who was gaining prominence for his comedy videos on various social media platforms. They both decided to create a channel on YouTube and post both comedy and prank videos on it.

They then created their channel TGFbro. The first video they posted was a challenge video titled The Laughter Challenge. In the video, they both were seen laughing without any reason. In one of the videos, they took up the famous Lemon Challenge in which they tasted a variety of lemons. They once again posted a similar video in which they used chili instead of lemon. They tasted a variety of chilies, and as expected, by the end of the video, they were left in a state of discomfort.

The channel has numerous challenge videos featuring both the YouTubers. In one such video, they challenged each other to taste lemon and vinegar without throwing up. They have even tasted pet food in one of their videos! In one of their most famous challenge videos, The Make Them Move Game, Romell Henry was supposed to make people smile or cry by singing them a song. In another video, they once again challenged each other to do the maximum number of push-ups. They once shot a video when they were drunk.

One of their most popular videos is The Superglue Game in which Romell Henry glued random objects on Jay’s body. In The Patience Test challenge, Jay had a hard time distracting Romell Henry while the latter was playing a game on his mobile phone. They then posted a series of question and answer videos where they answered many weird questions posed by their fans.

Romell Henry created a separate channel on June 1, 2016. The first video that he posted was titled Insane Watermelon Jelly in which he made a huge jelly ball inside the shell of a watermelon. In the next video, Romell read some strange fanfiction. One of them even stated that Romell died after a car accident. A few days later, he was requested by his fans to post photographs on his Instagram account just to make sure he was alive. Romell Henry then clarified that the account was hacked and that he would be back on Instagram as soon as the problem gets fixed.

A popular video series posted on the channel was shot inside a multi-million dollar mansion. He posted the series on both the channels and was seen partying and playing games inside the mansion. While playing one of the games, Romell Henry and Jay accidentally entered the premises of a private property and were arrested.

Romell Henry once explored a haunted tunnel and used his experience in one of his prank videos to scare Jay and his friends. Romell then showed his creative side when he turned an abandoned house into a go-kart track. He then took up a challenge in which he tasted Volcanic Curry, the hottest curry ever made. Romell also did a haul video on clothes which he had purchased for only a Euro. Romell then did a question and answer video along with his mother in which his fans posed questions to his mother. The fun part was that the questions were cringe-worthy and mischievous.

Romell Henry was born on February 8, 1995, in Lisbon, Portugal. After spending a few years in Portugal, he moved to Birmingham, England where he presently lives. 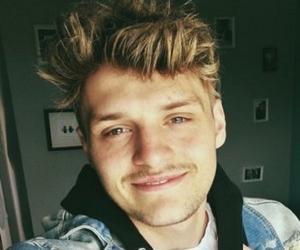