Roman Abramovich is a Russian businessman, investor and a politician, who happens to be one of the richest men in the world. He is widely regarded as a self-made man, who came from a very humble childhood and created his own empire through his hard work and incredible self-confidence while conducting business deals. His riches grew wild when he became the owner of a private investment firm Millhouse LLC and his biggest claim to fame outside Russia is as the owner of the ace English football club, Chelsea. Roman was enlisted in the Russian army for short time; he came out of it and started doing jobs here and there to survive and slowly, he raised up through the money he saved, borrowed investments and started five companies of his own. Roman’s biggest financial breakthrough came when he became chairman of Comfort Co-Op. Roman forayed into politics after getting elected as governor of Chukotka in 2000 and 3 years later, he was honoured with the ‘Order of Honour’ for all the work he did as the governor and businessman. He stays good friends with Vladimir Putin, the Russian President, and is slowly climbing up the ladder to become the biggest business icon and the richest man in Russia. Ramzan Kadyrov
DID WE MISS SOMEONE?
CLICK HERE AND TELL US
WE'LL MAKE SURE
THEY'RE HERE A.S.A.P
Quick Facts

Russian People
Business People
Philanthropists
Political Leaders
Russian Men
Childhood & Early Life
Roman Abramovich was born on 24th October 1966 at Saratov, Russia in a lower middle class family. He lost his parents soon after he was born. Thus, he was orphaned at the age of 2, so his uncle took him with him to Ukhta. Roman saw difficult times since a very early age and understood the value of money, which helped him to learn to save it and while a student, he started his very first venture in the form of a plastic toy making company.
Roman got drafted in by the Russian army while he was attending the industrial institute in Ukhta. He got bored of it and realized that it wasn’t his calling and as he returned back from the army, he started attending Moscow State Auto Transport Institute. He never quite finished his education and started concentrating on his goals to become rich as soon as possible.
His impeccable business sense allowed him to earn some good amount of profit from his early few ventures and Roman went on working further with his goal of making money. 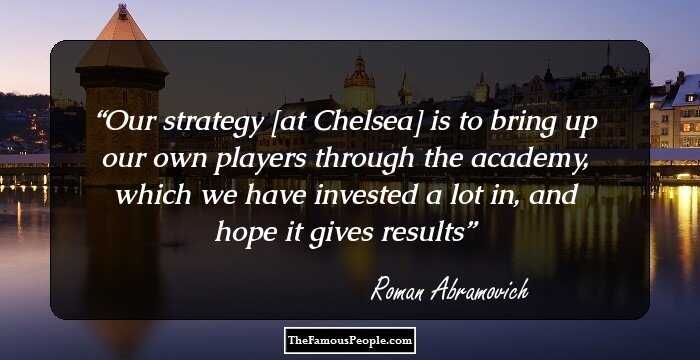 Continue Reading Below
Career
Roman turned out to be lucky in a way that Russia was opening up to some major business and tax reforms in the late 80s when Roman was just starting up. With the money that he had saved thus far, he set up a plastic toy making company and started selling toys at a minimal profit from his small apartment. However small the profit turned out to be, it exhibited the impeccable business skills Roman possessed and after doing it for few more years, Roman realized it was time to move on to bigger things.
During 1992-1995, Roman understood the market with very keen eyes and invested in the right industries. He mostly narrowed down his focus on establishing resale companies which acted as intermediaries and earned him some good profits and soon after that, Roman focused his vision on oil companies. In 1995, he met Boris Berezovsky and the two partnered up for purchasing the controlling shares in the oil company ‘Sibneft’ at USD 100 millions.
During the time when Roman was acquiring the shares of the company, its net worth was estimated to be USD 150 millions and the share prices jumped up, making millions in profit for Roman and his partner. In the year 2000, Boris left the country after accusations of fraud and sold his shares to Roman, which further grew his empire.
After achieving mega success with Sibneft, Roman started eying the Russian Aluminium industry which was known to be a highly lucrative sector back in those times. The notorious aluminium war was ongoing and several murders were taking place for the acquisition of the industry, and when Roman took it over and applied his business sense, the crime stopped and he emerged out as the sole winner in the Russian ‘Aluminium War’.
In June 2003, Roman bought most of the companies that owned the Chelsea football club, which at that time was known as one of the weakest football teams. Under his reign, the club has performed well enough and Roman supports the team in almost its every match.
In the year 2015, Roman invested in an Israeli start up music app Music Messenger and gave them USD 30 million, partnering up with the musicians such as Nicki Minaj and David Guetta. 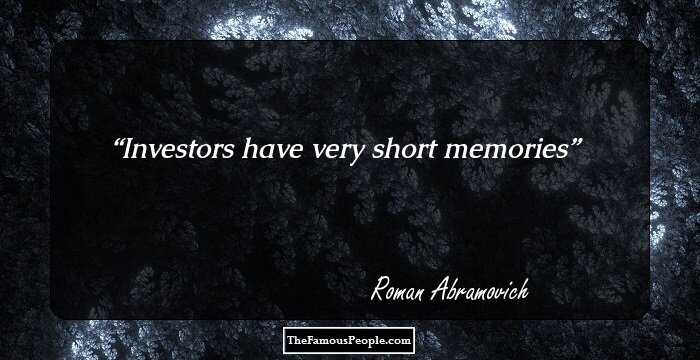 Political Career
Roman Abramovich was appointed as the governor of Chukotka from 2000 to 2008 and during his tenure he spent close to a billion dollars on the welfare of the area. The business environment significantly improved in the region with the arrival of many investors and many schools and hospitals were built.
In 2003, Expert, a Russian business magazine named him the person of the year for his business expertise and works as the governor. President Dmitri Medvedev accepted Roman’s request to resign from the post, but said that the charitable activities started by Roman in his name will carry on.
Controversies
Roman Abramovich’s success story has looked suspicious to many people, who claim that he has adopted wrong means to get the job done. During the aluminium wars, it was said that Roman himself got several people killed in order to be at the top. Along with that, he has been regularly accused of frauds, bribes among other things. Most of these rumours stem from the fact that in the early 90s Roman got arrested for allegedly stealing government property. 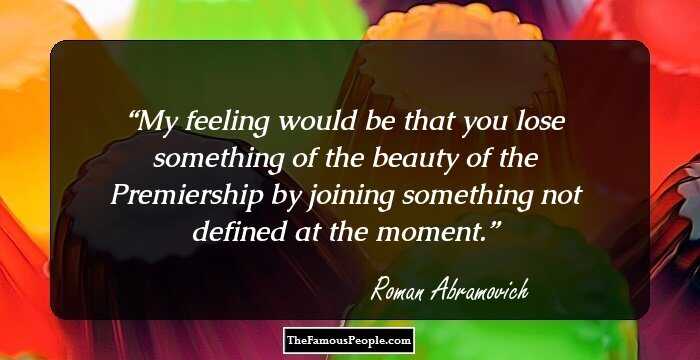 Personal Life
Roman Abramovich got married for the first time in December 1987 to Olga Lysova and ended up divorcing her three years later. Four years later in 1991, he got married to a stewardess, Irina Malandina, and had five children from the marriage. The couple got divorced in 2007 when Roman started dating Dasha Zhukova and they got married in 2008 and have two children.

Quotes By Roman Abramovich | Quote Of The Day | Top 100 Quotes

See the events in life of Roman Abramovich in Chronological Order 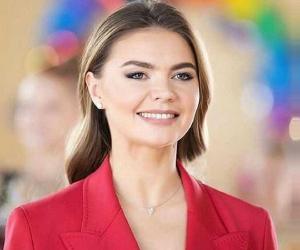