Advanced Search
Arkadiy Abramovich is a Russian entrepreneur. He is the son of big Russian Oligarch Roman Abramovich. He is Roman’s son from his first marriage and is heir to the vast empire that his father has created for himself and his family. Arkadiy seems interested in providing his father a helping hand in his business and mostly takes care of the financial aspect of the English Premier League team, Chelsea, owned by the Abramovichs. Arkadiy is also known as the founder of ARA Capital, a company which deals in investments and is associated with some major companies that are listed on the London Stock Exchange. In the Crosby asset management, Arkadiy has managed to get 26% of shares and there have been reports that he has been eyeing the Danish football team FC Copenhagen for quite some time but any deal is yet to be finalised. But somehow, it can be said that the young man is on the right track and he has very rightly inherited his father’s genes as he exhibits an impeccable business sense. Russian People
Russian Entrepreneurs
Virgo Men
Childhood & Early Life
Arkadiy Abramovich was born on September 14, 1993 at Moscow. He is the first son of Roman Abramovich from his marriage to Irina Malandina. He is one of the five children Roman had with Irina before the divorce took place in 2007.
He has one brother and three sisters - Ilya, Arina, Sofia, and Anna.
Being the first son of a business mogul such as Roman, Arkadiy has been constantly under pressure to match up his father’s skills in business. Arkadiy’s media shyness has kept him away from limelight, but it is common knowledge that the boy owns a ranch in California and owns many houses in Europe as well, following his father in living the life grand size.
Career
Arkadiy Abramovich made news for the first time at the age of 19, when he managed a deal worth of 30 Million pounds which he invested in an oil company. He has closely kept an eye on his father’s oil empire and wants to make a career in it by the way of investments. In order to understand the investment business better, he worked in London office of a Russian investment bank as an intern.
He seems to not be very much interested in playing around like children of other rich business families, rather he wants to make a name for himself and that is quite apparent with the way he is approaching in his professional life. He happens to be the founder of ARA Capital, a capital investment company having Zoltav Resources as one of its assets. Zoltav has been listed under the London Stock Exchange under the tickr ZOL.
His move to acquire 26 percent stake in the Crosby Asset Management was also appreciated by the media. He has also tried to buy Danish football team FC Copenhagen unsuccessfully.
He co-owns Chelsea, the English premier league team, along with his father and shows every promise of a bright and productive life ahead, much to the pride of his father, who is a self-made man.

See the events in life of Arkadiy Abramovich in Chronological Order 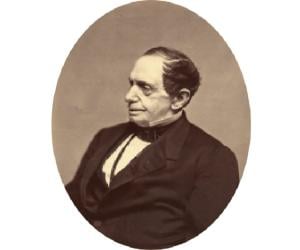