(Member of the Pop Group ‘Take That’ & Guinness World Record Holder for Selling 1.6 Million Tickets in a Single Day)

Robert Peter Williams, popularly known as Robbie Williams, is a BRIT award-winning singer, dancer, and songwriter. He garnered widespread publicity as one of the members of the pop boy band ‘Take That.’ He is one of the best-selling music artists whose albums have sold 75 million copies worldwide as of 2020. As a solo artist, he has 18 ‘BRIT Awards’ to his credit, a record that remains unbroken till date. He was voted the ‘Greatest Artist of the 1990s’ and has also been inducted into the ‘UK Music Hall of Fame.’ He is the only bestselling non-Latino artist in Latin America. He appears frequently in the British media for his heavy party-style life, sex appeal, and romantic affairs with women. Although he has frequently caught the attention of the media for wrong reasons, he has also won the hearts of many with his active participation in humanitarian efforts. He runs a charity organization called ‘Give It Sum,’ which aims at helping the under-privileged people in his hometown of Stoke-on-Trent. He is a patron of ‘Donna Louise Trust’ and an ambassador of UNICEF. A man with many interests, Robbie holds a great fascination for the UFOs and their mystical phenomena. Robbie Williams was born on February 13, 1974, in Stoke-on-Trent, Staffordshire, England, to Janet and Peter Williams. His parents divorced when Robbie was only three years old. He has a sister named Sally.

He studied at ‘Mill Hill Primary School’ and pursued his high school education at ‘St. Margaret Ward's Roman Catholic School’ in Tunstall. As a child, he was extremely mischievous and was considered a trouble-maker in his school. He also failed in his high school examination.

In his early teens, he played minor roles for the ‘Stoke-on-Trent Theatre Company.’ He also made brief appearances in ‘Brookside,’ a UK television soap opera.

He quit school at the age of 16. He then took up the job of a salesperson as he needed to earn a living. 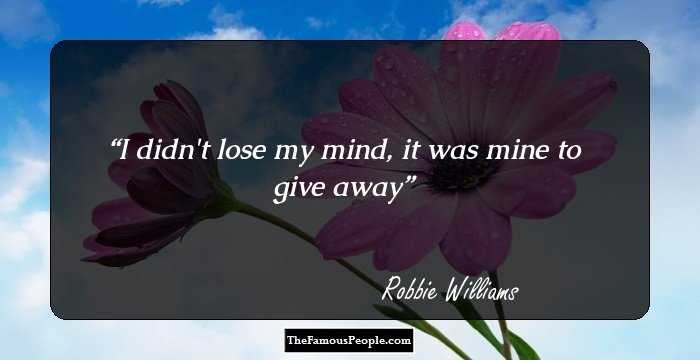 His music career commenced in 1990, when his mother Janet made him attend an audition for a new boy band called ‘Take That.’ Once he was selected, his music career took off.

He earned great recognition as a singer and dancer as part of ‘Take That’ and worked with the group for five years. He left the band in 1995 as he wanted to earn his place in the music industry as a solo artist.

In 1996, he released the single ‘Freedom,’ a cover of George Michael’s song. The song peaked at number two position in the UK singles chart.

The same year, he collaborated with Guy Chambers, a songwriter and producer, and released his first single ‘Old Before I Die,’ which was ranked number two on the UK music chart.

He released his debut album ‘Life Thru A Lens’ in September 1997. The single ‘Angels’ was certified platinum by BPI and the album became a best-seller in the United Kingdom.

With the release of his second album ‘I’ve Been Expecting You,’ Williams established himself as the biggest-selling artist in the UK in 1998. ‘Millennium,’ one of the songs of the album, became a huge hit.

With an aim of expanding to the American market, he entered into a contract with ‘Capitol Records,’ a part of EMI in 1999, and released the album ‘The Ego Has Landed.’

In 2002, he severed his ties with Guy Chambers, his long-time collaborator, after the release of his album ‘Escapology.’

In 2005, he collaborated with Stephen Duffy, a British songwriter, and released the album ‘Intensive Care.’ He also produced a compilation album that was ranked number one in 18 countries.

In 2006, he released his solo album ‘Rudebox’ that earned a double platinum status.

He collaborated again with Guy Chambers for his next album ‘Reality Killed the Video Star,’ which released in 2009. The same year, he also worked with his former band ‘Take That,’ which kindled rumors regarding his reunion with the band.

His next album ‘Take The Crown’ released in 2012, and the single ‘Candy’ became a best-seller.

The next year, he released the album ‘Swings Both Ways,’ which debuted at No. 1 on ‘UK Albums Chart’ and was certified double platinum by BPI. In December 2014, he released a compilation album called ‘Under the Radar Volume 1.’

His next studio album ‘The Heavy Entertainment Show’ released in November 2016. It became his 12th number one album at the UK albums charts, leveling him with American singer Madonna.

In 2018, he performed at the ‘FIFA World Cup Opening Ceremony.’ The same year, he also joined the UK reality singing show ‘The X Factor’ as the judge for its 15th season. The next year, he released his album ‘The Christmas Present.’ 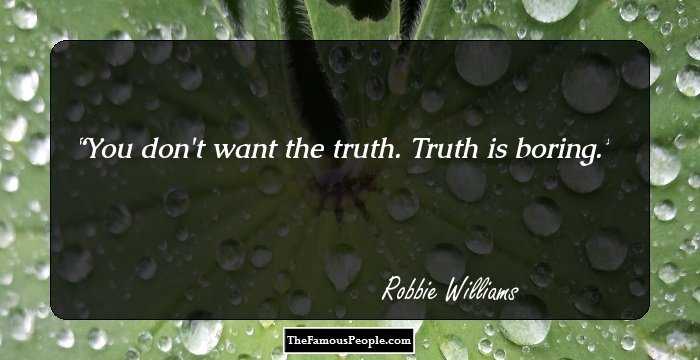 The single ‘Angels’ from the album ‘Life Thru a Lens’ created history in the UK music world. It became the ‘Best Single of All Time’ and earned double platinum with a worldwide sale of two million copies.

He is the winner of several ‘BRIT Awards,’ and is currently the only artist to have ever received 18 awards. 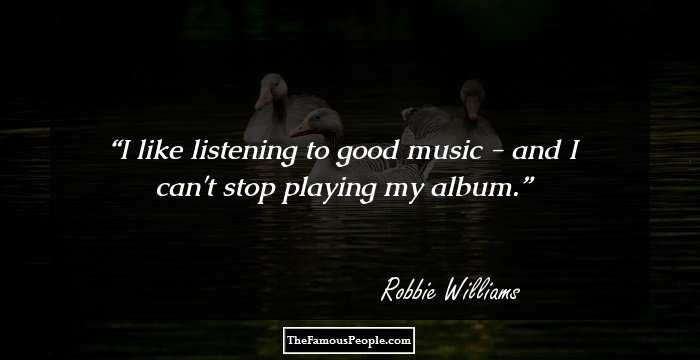 Quotes: Like, Music, I
Personal Life & Legacy
He has had many romantic affairs with celebrities like Nicole Appleton, Rachel Hunter, and Ayda Field.

He married Ayda Field, an American actress, in 2010 at his home in Los Angeles. On 18 September 2012, Ayda gave birth to their daughter Theodora Rose. The couple was blessed with a son and another daughter, namely Charlton Valentine and Colette Josephine, born in 2014 and 2018 respectively.

He has battled against depression and addiction for which he was treated at the ‘Clouds House Drink and Drugs Rehabilitation Clinic’ in the USA.

His name entered the ‘Guinness Book of World Records’ during his 2006 ‘World Tour’ after his concert sold 1.6 million tickets in a single day, the highest at that time by any solo artist.

This popular English singer and songwriter used to smoke up to 60 cigarettes a day.

This British singer holds a great fascination for UFOs. He even hosted a special radio show called ‘Journey to the Other Side’ along with journalist and documentary filmmaker Jon Ronson.

Quotes By Robbie Williams | Quote Of The Day | Top 100 Quotes

See the events in life of Robbie Williams in Chronological Order