Richard Marx hails from a family of musicians. He was exposed to the world of music from a young age. Apart from his father who was a jingle artist and his mother, a singer, he was influenced by great recording artists such as Elvis Presley and Sam Cooke. He started his career as a singer for the jingles written by his father. Later, he worked as a backing vocalist for famous solo artists such as Lionel Richie and Kenny Rogers. He has sold over 30 million albums and till date, his 17 singles are ranked at the top of the U.S. charts and remain as the main broadcast on pop and adult contemporary radio. He is well-known for his ballad styled songs, but is equally good at producing classic rocks. Aside from being a successful solo singer and songwriter, he also produced -popular tracks like ‘This I Promise You’ and ‘Dance With My Father’ for other artists. He won Grammy Awards for his marvellous productions. He is a great philanthropist who donates to charitable organizations that aid cancer patients and helpless children. He has helped organize annual concerts to raise funds for Cystic Fibrosis Foundation that works in research to cure cystic fibrosis. With a keen interest in music, he has also arranged to offer music scholarship. 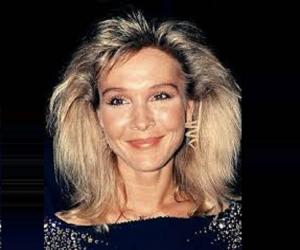 American People
Pop Singers
Rock Singers
American Men
Virgo Singers
Childhood & Early Life
He was born on September 16, 1963 as the only son of Ruth, a talented singer and Dick Marx, a vocal coach, composer and musician. His father is also a successful jingle writer engaged in writing commercials for television shows.
Encouraged by his parents, he learnt to play guitar and piano at a very early age. He started singing in the jingle commercials of his father, when he was just five years old.
He was educated at the North Shore Country Day School, Illinois. Lionel Richie, the famous recording artist happened to listen to the songs of 17-year Marx and was impressed by them.
After graduating from North Shore Country Day School, he moved to Los Angeles on the invitation of Lionel Richie. He was given a chance to sing in Richie’s albums.
Continue Reading Below
You May Like

Famous Beautiful Women With Green Eyes
Career
He became a professional vocalist after graduating from North Shore Country Day School. In 1980, he started his career in Los Angeles as a backing vocalist for Lionel Richie.
His contribution as a backing vocalist in Richie’s album ‘Can't Slow Down’ earned him a considerable name in the music industry. This was followed by offers from singers like Whitney Houston, Luther Vandross and Madonna.
Apart from being a backing vocalist, he also tried his hand in writing songs. He also played a cameo role in the television movie ‘Coach of the Year’ starred by Robert Conrad.
In 1984, Kenny Rogers made a record of the songs of Richard along with those of James Ingram and Kim Carnes. The hits of the trio reached number one in the Adult Contemporary chart.
In 1987, he released his debut album, ‘Richard Marx’. The album featured four hit singles, ‘Don't Mean Nothing’, ‘Should’ve Known Better’, ‘Endless Summer Nights’ and ‘Hold On to the Nights’.
The 1989 album ‘Repeat Offender’ reached No.1 on the U.S. charts, earning quadruple-platinum. With notable hits like ‘Satisfied’ and ‘Right Here Waiting’, he became the first pop-rock singer to obtain success continuously for seven-years.
In 1991, he released his next multiple-platinum album, ‘Rush Street’. The single ‘Hazard’ from it was a great hit and was ranked No.1 on charts around the world.
His fourth consecutive multiple-platinum album ‘Paid Vacation’ was released in the year 1994. The rock style ballad ‘Now and Forever’ from it remained top of the Billboard's Adult Contemporary chart for 11 weeks.
In 1997, he released the adult contemporary album, ‘Flesh & Bone’ that became his final album for Capitol. The single ‘Until I Find You Again’ from it became number one hit in many countries.
Continue Reading Below
His sixth studio album titled, ‘Days in Avalon’ was released in 2000 under the label of Signal 21 Records. He recorded a duet performance with singer Donna Lewis for the ‘Anastasia’ soundtrack.
In 2004, he renewed his contract with ‘Manhattan Records’ and released the album ‘My Own Best Enemy’. The album featured two hit singles, ‘Ready to Fly’ and ‘When You’re Gone’.
In association with Matt Scannel, the lead singer of ‘Vertical Horizon’, he released ‘Duo’ in 2008. It is available only on Marx’s website and in the combined concerts given by him and Scannel.
In 2008, he released the albums ‘Emotional Remains’ and ‘Sundown’ through his official site. The track ‘Through My Veins’, appearing in ‘Emotional Remains’, is a tribute to his late father.
‘Stories To Tell’ was his first acoustic album released in March 2010. It featured several hits from his earlier albums.
In 2011, as a tribute to his late grandmother, he released ‘The Christmas EP’, a collection of Christmas tunes. ‘Christmas Spirit’ co-written with Fee Waybill became his first single released for radio play.
In 2012, he released ‘Christmas Spirit’, a collection of holiday tracks. The single, ‘Little Drummer Boy’ released on radio became his first Top Ten single in 14 years.
Apart from producing solo albums, he remains active composing music for other artists. His notable contributions include ‘This I Promise You’ for NSYNC and ‘Dance With My Father’ for Luther Vandross.
Major Works
His eponymous debut album titled, ‘Richard Marx’ of 1987 became the greatest hit of the year in the U.S. The debut single ‘Don’t Mean Nothing’ reached No.1 on the Billboard's Album Rock chart.
His album ‘Rush Street’, released in 1991, earned the multiple-platinum status. The single, ‘Keep Coming Back’ from it reached No. 12 in Pop and No. 1 on the adult contemporary chart of Billboard.
Awards & Achievements
His solo song, ‘Don’t Mean Nothing’ was released in 1988. It won him a Grammy nomination for ‘Best Rock Vocal Performance – Male.’
Along with Luther Vandross, he co-wrote the album, ‘Dance with My Father’. The album won him four Grammy Awards in the year 2004.
Personal Life & Legacy
He married actress Cynthia Rhodes in 1989. The couple have three boys – Brandon Caleb Marx, Lucas Corner Marx and Jesse Taylor Marx.
Apart from his contribution to the pop-rock music industry, he is also involved in many philanthropic activities. He contributes funds for cancer patients and is active in the anti-smoking campaign..
Trivia
This adult contemporary U.S. singer is a great humanitarian. He is involved with concerts to raise funds for charitable organizations like the ‘American Cancer Society’ and ‘Make a Wish Foundation’.
This American singer has sponsored ‘Grammy in the Schools’ to encourage high school students with artistic and literary prowess. He has included the works of the Grammy winners in his album ‘Flesh & Bone’.

Grammy Awards
ASCAP Film And Television Music Awards
You May Like

See the events in life of Richard Marx in Chronological Order