Reid Hoffman is an American internet entrepreneur best known as the co-founder of LinkedIn, a social network for professionals to connect with each other. He is also a venture capitalist and the author of two New York Times bestsellers. Today, he is very famous as a successful businessman and an innovative entrepreneur though just a few years ago he was struggling with his first start-up, a company named SocialNet that users could use to connect with friends. Even though he had to abandon the project within a couple of years, he learned a lot about the dynamics of business management from his early failures to emerge as one of the most successful internet entrepreneurs in the United States. He has been an innovative thinker and quick learner from a young age. He attended the Putney School where he also drove oxen and farmed maple syrup along with studying. A bright student, he won a Marshall Scholarship while studying at the Stanford University which enabled him to attend the Oxford University for his higher studies. Though initially he wanted to become a professor and public intellectual, eventually he changed his mind and decided to become an entrepreneur instead. After gaining some work experience at Apple Computers and PayPal, and experiencing a start-up failure, he found great success when he co-founded LinkedIn in December 2002 along with a few of his friends. Christopher Poole
IT & Software Entrepreneurs #21
Business People #301
DID WE MISS SOMEONE?
CLICK HERE AND TELL US
WE'LL MAKE SURE
THEY'RE HERE A.S.A.P
Quick Facts

American People
IT & Software Entrepreneurs
American Men
Stanford University
The University of Oxford
Childhood & Early Life
Reid Garrett Hoffman was born on August 5, 1967, in Palo Alto, California, US, to Deanna Ruth and William Parker Hoffman, Jr. as their only child. His parents were lawyers.
He went to the Putney School where he engaged in various other activities such as farming maple syrup and driving oxen along with his studies.
After completing high school he went to Stanford University from where he graduated in 1990 with a B.S. in Symbolic Systems and Cognitive Science. He proved to be a highly capable university student and successfully won a Marshall Scholarship, one of the most prestigious scholarships awarded in the United States.
As a Marshall Scholar he earned an M.A. in Philosophy from Wolfson College, Oxford University in 1993. While in the university Reid was interested in pursuing an academic career as a professor and public intellectual. However, he realized later on that his true interest was in becoming an entrepreneur. 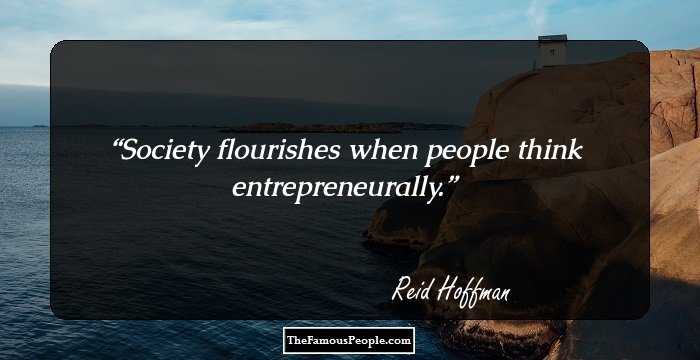 The Sexiest Men Of 2020, Ranked
Career
Soon after his graduation from Oxford, Reid Hoffman joined Apple Computers in 1994. One of the first projects he worked on was eWorld, an early attempt at creating a social network which was acquired by AOL in 1996. He also worked on Classifieds, Global Access Assistant, and other strategic projects.
He left Apple and worked at Fujitsu for a while. By this time, he was giving serious thoughts to opening his own company. In 1997, he co-founded his first company, SocialNet.com. It focused “on online dating and matching up people with similar interests”. However, he was inexperienced in business management and was forced to abandon the project in 1999.
While still managing SocialNet, Hoffman became a member of the board of directors who founded the electronic money transmission service, PayPal. He joined PayPal as the company’s full-time COO in 2000.
His responsibilities at PayPal included managing Payments Infrastructure (VISA, MasterCard, ACH, WellsFargo), Business Development (eBay, Intuit, others), Goverment (Regulatory, Judicial), and Legal issues. In addition, at times he also took over the responsibility for PR, Strategy, Payments Innovations, and Customer Service. With his relentless hard work he quickly rose through the ranks and became the company’s executive vice president by 2002.
Reid Hoffman co-founded LinkedIn in December 2002 with some of his former colleagues and friends. It was launched as one of the first business-oriented online social networks. The site, which allows registered users to create professional profiles and connect with each other, became popular soon after its launch.
Hoffman served as LinkedIn's founding CEO for the first four years before becoming chairman and President, Products in February 2007. By 2009, he had become executive chairman.
After becoming a successful entrepreneur and accumulating a vast fortune, Hoffman became one of Silicon Valley's most prolific and successful angel investors. He joined Greylock Partners in 2010 and runs their $20 million Discovery Fund. At Greylock his areas of focus include consumer and services, enterprise software, consumer Internet, online marketplaces, payments, and social networks.
He is also a prolific writer and has published a variety of posts as a “LinkedIn Influencer” on LinkedIn. He has also written several op-eds in the Washington Post.
In 2012, he published the career book ‘The Start-Up of You: Adapt to the Future, Invest in Yourself, and Transform your Career’ along with co-author Ben Casnocha. It received positive reviews from critics and became both a ‘New York Times’ and ‘Wall Street Journal’ bestseller.
Continue Reading Below
He wrote another book, ‘The Alliance: Managing Talent in the Networked Age’ with Ben Casnocha and Chris Yeh which was published in 2014. In the book the authors discuss how the company and employees can work together toward common goals, even when some of their interests differ, and build long-term relationships in today’s volatile economy. This too became a bestseller. 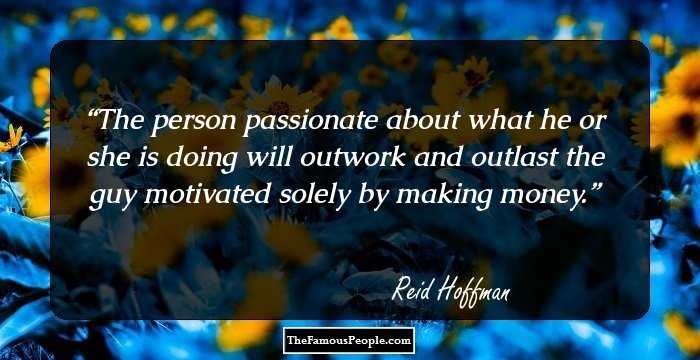 Quotes: Money, Will
Major Work
Reid Hoffman is best known as the co-founder of LinkedIn, which was one of the first business-oriented social networking services at the time of its launch. The site became immensely popular and is today available in 24 languages including Chinese, English, French, German, Italian, Portuguese, Spanish, and Dutch. It has more than 364 million acquired users in more than 200 countries and territories.
Philanthropic Work
He served on the board of advisors of Center for Citizen Media in 2006-07. The Center is a non-profit initiative jointly affiliated with the University of California, Berkeley’s Graduate School of Journalism and the Berkman Center for Internet & Society at Harvard University Law School.
Reid Hoffman serves on the boards of Kiva.org, a peer-peer microlending pioneer that allows people to lend money via the internet to low-income/underserved entrepreneurs and students. He lent Kiva $1 million in 2012. 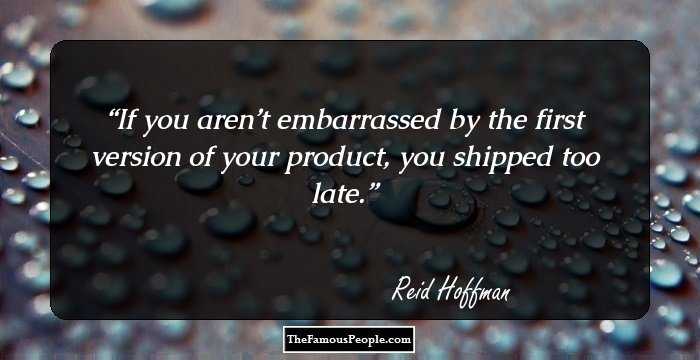 Quotes: You
Awards & Achievements
In 2012, Reid Hoffman received the David Packard Medal of Achievement Award by TechAmerica for his contributions and advances within the high-tech industry, his community, and humankind.
In April 2014, Hoffman received the Distinguished Citizen Award from the Commonwealth Club. The Academy of Achievement awarded Hoffman with the annual Golden Plate award, which honors accomplished individuals “for significant achievement in their fields” later the same year.
Personal Life & Legacy
He married Michelle Yee in 2004.
You May Like

Quotes By Reid Hoffman | Quote Of The Day | Top 100 Quotes

See the events in life of Reid Hoffman in Chronological Order