Rakul Preet Singh is an Indian film actress and model who has worked mainly in the Telugu film industry. Along with Telugu film industry, she has also appeared in a few Tamil, Kannada, and Hindi movies. When Rakul was in college she started her career as a model. In 2009, she made her debut in a Kannada film titled ‘Gilli.’ She is popular for her movies, ‘Venkatadri Express,’ ‘Loukyam,’ ‘Kick 2,’ and ‘Dhruva.’ In 2011, she took part in the ‘Femina Miss India’ pageant where she was placed fifth. She has also won ‘Miss India People’s Choice’ pageant title. In 2014, she made her debut in Bollywood with the movie ‘Yaariyan.’ Her performance was well-appreciated by the audience. In a short span of time, she has established herself as a successful actress in the South Indian film industry. In 2016, she started her own gym ‘F45’ in Hyderabad. Also, she has bought a new house worth ₹3 crore in Hyderabad where she lives with her parents. Indian People
Indian Women
Libra Models
Female Models
Indian Models
Childhood & Early Life
Rakul Preet Singh was born on 10 October 1990, in New Delhi, India. She was born in a Punjabi family and completed her schooling from ‘Army Public School’ in Dhaula Kuan.
She studied mathematics at ‘Jesus and Mary College’ from ‘University of Delhi.’ Also, she played golf at national level and has been an active player.
Continue Reading Below
You May Like

The Hottest Male Celebrities With The Best Abs
Career
Rakul Preet Singh always dreamt of seeing herself as an actress. She began her career through modeling. At the age of 18, she started modeling while attending college.
In 2009, she debuted with a Kannada film titled ‘Gilli.’ When she signed the film, she had little idea how big the South Indian film industry was. In her words, the reason why she signed the movie was ‘to earn a little extra pocket money.’
She was praised and appreciated by the audience as well as critics. Then she went on to complete her studies and finished her degree.
In 2011, she competed for ‘Femina Miss India’ pageant. She won four subtitles at the pageant: ‘Pantaloons Femina Miss Fresh Face,’ ‘Femina Miss Talented,’ ‘Femina Miss Beautiful Smile,’ and ‘Femina Miss Beautiful Eyes.’ In addition to this, she also won the ‘Miss India Poll.’
In 2011, she returned to films with the movie ‘Keratam’ where she was seen opposite Siddharth Rajkumar. Though she played a minor role in the movie, her performance was noted by some critics. Apparently, the film was also made in Tamil as ‘Yuvan’ with the same cast but a different director. This film is yet to be released.
In 2012, she was seen in a supporting role in the Tamil movie ‘Thadaiyara Thaakka.’ Next year, she appeared in two films, ‘Puthagam’ and ‘Venkatadri Express’ which was a huge commercial success. ‘Venkatadri Express’ helped her earn her first ‘Best Actress’ nomination at the ‘Filmfare Awards South.’
In 2014, she made her debut in the Hindi film industry with Divya Kumar’s directorial debut ‘Yaariyan’ in which her performance was well-appreciated. After her Bollywood debut came her third Tamil film ‘Yennamo Yedho.’
In 2014, she signed four films and worked simultaneously in three Telugu films. These movies were directed by Sriwass, G. Nageswara Reddy, Srinivas Reddy, and Gopichand Malineni.
In 2014, she starred in Sriwass’ ‘Loukyam’ and G. Nageswara Reddy’s ‘Current Theega.’ She was praised for her performances in both the movies and received positive comments from the critics.
Continue Reading Below
From 2015 onwards, Rakul Preet Singh has starred in high profile Telugu films, such as Surender Reddy’s ‘Kick 2,’ Srinu Vaitla’s ‘Bruce Lee,’ Sukumar’s ‘Nannaku Prematho,’ and Boyapati Srinu’s ‘Sarrainodu.’ She dubbed herself for the movie ‘Nannaku Prematho’ and was highly praised.
In 2016, she signed the film ‘Jaya Janaki Nayaka’ for a whopping 1.5 crore rupees. In February 2016, she got the opportunity to star opposite Ram Charan for the second time when she signed Surender Reddy’s ‘Dhruva.’
In March 2016, Gopichand Malineni signed her for a film opposite Sai Dharam Tej. In July 2016, she was signed for a film titled ‘SPYDER’ opposite Mahesh Babu. The film was directed by A R Murugadoss in two languages.
In September 2016, she signed another Telugu film titled ‘Rarandoi Veduka Chudham.’ The movie was released on 26 May 2017 and was a big hit.
In December 2016, she signed another movie titled ‘Theeran Adhigaaram Ondru’ where she was paired opposite Karthi. Her next Telugu movie ‘Jaya Janaki Nayaka’ released in August 2017. The movie was directed by Boyapati Srinu and Rakul Preet Singh was paired opposite Bellamkonda Sreenivas.
After a small break, she returned to Hindi films, starring opposite Sidharth Malhotra in the 2018 Neeraj Pandey-directed movie ‘Aiyaary.’
In 2019, she appeared in a number of music videos for artists like Neha Kakkar, Armaan Malik, Sunidhi Chauhan, and Shreya Ghoshal. She was also seen in the biographical Telugu drama ‘NTR: Kathanayakudu.’
She returned to Tamil cinema with the movie ‘NGK,’ starring opposite Suriya. In 2019, she appeared in another Tamil film titled ‘Dev’ opposite Karthi. She also appeared in a Hindi film titled ‘De De Pyaar De’ alongside Ajay Devgn.
Rakul Preet Singh has taken up a gym franchise named ‘Functional 45’ and has opened two gyms in Hyderabad; one in Gachibowli and the other in Kokapet. She has also opened a gym in Visakhapatnam.
Continue Reading Below
Major Works
One of her notable movies is ‘Nannaku Prematho’ where she dubbed for her role as Divyanka. She was nominated for ‘Filmfare Award for Best Actress – Telugu’ for the film.
She is also known for her movies like ‘Venkatadri Express’ and ‘Loukyam.’ For the latter, she was nominated for ‘Filmfare Award for Best Actress.’
Awards & Achievements
In 2016, Rakul Preet Singh won ‘SIIMA Award’ for ‘Best Actress –Telugu’ for the movie ‘Nannaku Prematho.’
She was also nominated under the category of ‘Best Actress’ at the ‘Telugu Filmfare Awards’ for her performance in ‘Rarandoi Veduka Chudham.’
Personal Life & Legacy
Rakul Preet Singh has been in limelight due to her work, but never due to her relationships.
She bought a new apartment worth 3 crore rupees in Hyderabad where she resides with her parents.
Trivia
Her favorite actor is Shah Rukh Khan and her favorite movies are ‘Kal Ho Na Ho,’ ‘P.S. I Love U,’ ‘The Devil Wears Prada,’ and ‘The Hangover.’
She once beat a guy while in college as he was trying to take her pictures.
She is also a fan of India’s badminton ace, Saina Nehwal. 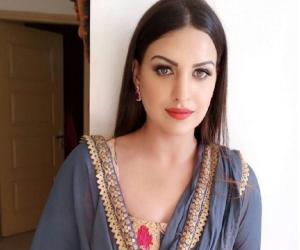