Avneet Kaur is an Indian dancer, reality TV star, and actress who earned fame after participating in the reality dance competition TV series ‘Dance India Dance Li'l Masters’. The show aired on Zee TV. After finishing in the top three, she appeared in other shows as well. Kaur took part in another ‘Dance India Dance’ franchise, ‘Dance Ke Superstars,’ which also aired on Zee TV. Apart from these two dance reality shows, Kaur also appeared in the show, ‘Jhalak Dikhhla Jaa,’ which is the Indian version of BBC’s ‘Strictly Come Dancing’. After gaining popularity as a reality TV star, she ventured into acting as well. She appeared alongside superstar Rani Mukherji in the women-centric film ‘Mardaani’. She also appeared in several television shows, such as ‘Savitri’, ‘Ek Mutthi Aasmaa’, ‘Hamari Sister Didi’, ‘Chandra Nandini’, and ‘Aladdin-Naam Toh Suna Hoga’. Currently, she is also appearing in the web series named ‘Babbar Ka Tabbar’. 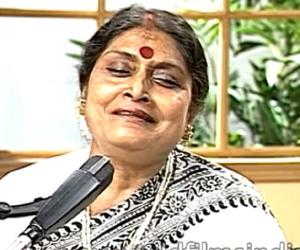 Indian People
Indian Women
Libra Actresses
Indian Actresses
Actresses Who Are In Their 20s
Career
Avneet Kaur started her career as a dancer at a very young age. She took part in the 2010 season of the Indian dance reality show ‘Dance India Dance Li'l Masters’. The show was part of the Zee TV’s original dance reality show ‘Dance India Dance’ franchise and this version featured kids only. Kaur impressed the judges as well as the audience throughout her stint in the show. She eventually finished in the top three. The show brought her into the spotlight in the Indian TV industry. In 2011, she participated in ‘Dance Ke Superstars’, another spin-off of the original show ‘Dance India Dance,’ on Zee TV.
In 2012, Kaur made her acting debut with the role of ‘Jhilmil’ in the drama TV series ‘Meri Maa’ on Life OK, a part of Star India network. She also appeared in the celebrity dance reality show ‘Jhalak Dikhhla Jaa’ alongside the ‘Taare Zameen Par’ actor Darsheel Safary. The show is the Indian take on BBC’s ‘Strictly Come Dancing’ and ‘Dancing with the Stars’.
Kaur appeared as ‘Young Rajkumari Damiyanti’ in 2013 on Life OK’s drama show ‘Savitri’. She also appeared in ‘Ek Mutthi Aasmaan’, a family drama show on Zee TV, in the same year.
She got a big break in 2014, when she was cast in the role of ‘Meera’ in the Indian crime thriller film ‘Mardaani’. The film, which featured superstar Rani Mukherji in the lead role, revolves around human trafficking issues in India. It was directed by Pradeep Sarkar and also featured other actors like Tahir Raj Bhasin, Jisshu Sengupta, and Saanand Verma. The film was a box office hit and also received very good reviews from leading magazines and film critics.
After her work in the film, Kaur appeared in other TV shows like ‘Hamari Sister Didi’ as ‘Khushi’ on Sony Pal, ‘Chandra Nandini’ as ’ Princess Charumati’ on StarPlus, and ‘Aladdin-Naam Toh Suna Hoga’ as ‘Princess Yasmine’ on SAB TV. She is also a part of the web series ‘Babbar Ka Tabbar’ which began airing in 2018.
You May Like 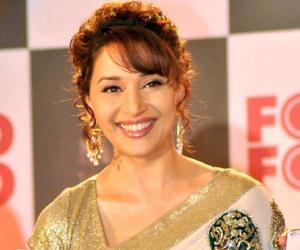