Raila Odinga is a Kenyan businessman and politician often regarded as the father of democracy in the country. Raila was born into a politically active family; his father served as Kenya's first Vice President. After completing his education in Germany, he returned to Kenya, where he began a teaching career, while at the same time participating in various business ventures related to his field of mechanical engineering. Later he would become involved in politics himself. He was one of the most prominent supporters of the movement for political reform in Kenya, particularly for multi-party democracy, rather than the traditional single-party politics in the country. He would serve time in prison for these activities on several different occasions, including one stint lasting six years, and would receive numerous threats of death. After his last imprisonment he would go on to work his way up the Kenyan political ladder, forming and combining numerous political parties, and running for president multiple times. Although he lost each of the presidential elections he ran in, he would eventually become the country’s second-ever Prime Minister, and was able to effect political change in his country through this position.
Continue Reading Below 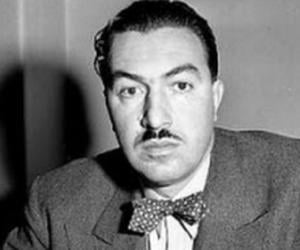 Kenyan People
Political Leaders
Black Political Leaders
Male Leaders
Kenyan Leaders
Childhood & Early Life
Raila Amolo Odinga was born January 7, 1945 in Maseno, Kenya to Mary Ajuma Odinga and Jaramogi Oginga Odinga.
He received his primary education at 'Kisumu Union Primary School', 'Maranda Primary' and later attended the 'Maranda High School'.
Starting in 1962, he spent two years at the 'Herder Institut', part of the 'University of Leipzig' in East Germany. He then earned a scholarship to the 'Technical School' in Magdeburg, East Germany, where he graduated in 1970 with a degree in Mechanical engineering.
Continue Reading Below
You May Like

The Most Popular US Veterans
Career
After completing his graduate studies in 1970, Raila returned to Kenya, where he became a lecturer at the 'University of Nairobi.'
In 1971, while still teaching at the 'University of Nairobi' he established what would become 'East African Spectre Ltd.' a company manufacturing liquid petroleum gas cylinder.
In 1974 he left the 'University of Nairobi' and began working at the 'Kenya Bureau of Standards' as a group standards manager. Four years later he was promoted to Deputy Director of the 'Kenya Bureau of Standards.'
In 1982, he was accused of collaborating with the plotters of a failed coup attempt against the President. He was charged with treason and imprisoned, without trial, for six years.
Shortly after his release, he was rearrested for involvement with activists pushing for multi-party democracy in Kenya, in September 1988.
He was released from prison on June 12, 1989, but a year later was arrested again.
He was released from prison on June 21, 1991, and in October left Kenya for Norway. His decision to leave his motherland was probably because of the assassination threats he claimed to have received from the Kenyan government.
In 1992 he returned to Kenya and joined 'FORD', the 'Forum for the Restoration of Democracy.' He was elected Vice Chairman of the ‘General Purposes Committee of FORD'.
In 1992, 'FORD' split into two factions, 'FORD-Kenya' led by Raila's father, and 'FORD-Asili' led by Kenneth Matiba. Raila was appointed Deputy Director of Elections of 'FORD-Kenya. The same year, he won a seat in Parliament and began to be known as one of the fathers of multi-party democracy in the country.
Continue Reading Below
He ran for President in the 1997 General Election, finishing third but keeping his seat in Parliament. After the election he began to support President Moi's government, leading a merger between his party and Moi's 'KANU' party.
From June 2001 to 2002, he served on the Cabinet of President Moi as Energy Minister. This same year, he was also elected the 'KANU' party's secretary general.
In 2002, in opposition of President Moi's choice of presidential candidate, Raila left 'KANU' to form the 'Liberal Democratic Party.' This party then joined with the 'National Alliance of Kenya' to form the 'National Rainbow Coalition'. In the later part of the year, he was appointed minister of roads, public works and housing in the new President's cabinet.
In 2005, following a political controversy the President dismissed his entire cabinet and reassembled it, without Odinga and his allies, leading him to form a new coalition, the 'Orange Democratic Movement.'
In 2007, Raila ran for president again, narrowly losing. He disputed the result, and widespread violence and rioting broke out.
As a result of the violence following the 2007 election, former UN Secretary General Kofi Annan stepped in and helped reach an agreement between Odinga and the President to form a coalition government, with Odinga being sworn in on April 17, 2008 as Prime Minister.
In 2013, he ran again for president again narrowly losing. At first challenging the results, when the Supreme Court upheld them, he conceded the election.
Major Works
The Flame of Freedom', an autobiography detailing his life and struggles, was launched in October 2013. It is his only published work.
Awards & Achievements
In 2008, Raila was awarded an honorary Doctor of Laws degree from the ‘University of Nairobi’ in Kenya.
He was awarded an honorary degree from ‘Florida A&M University’ in the United States, in 2012.
Personal Life & Legacy
He exchanged wedding vows with Ida in 1973 and the family resides in Karen, Nairobi. They have four children: Fidel, Rosemary, Raila Jr. and Winnie.
He was appointed to mediate the Ivorian crisis in 2010-2011, which involved widespread violence following elections in Ivory Coast.
He worked closely with President Kibaki in 2010, to pass a new constitution for Kenya, which moved some of the power of the presidency back to the local government level.
Trivia
This famous politician has several nicknames, including 'Agwambo', which means ‘the Mysterious One’.
U.S. President Barack Obama's father was from the same Kenyan village as Odinga.
You May Like

See the events in life of Raila Odinga in Chronological Order 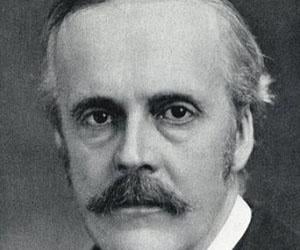 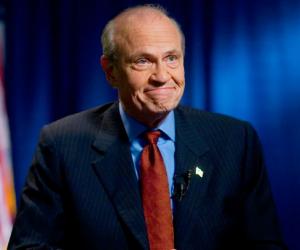 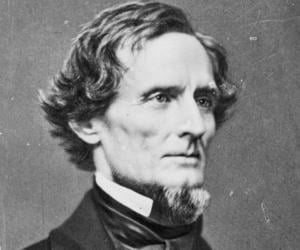