Queen Elizabeth II was the queen of the UK and the other Commonwealth realms. She reigned for 70 years and seven months, which is the and was the longest reign of any British monarch in history. She was revered by her subjects for her administrative acumen and unequivocal empathy towards all factions of the society. Mesmerized by her larger-than-life persona, filmmaker Michael Waldman once quipped, “The more time I spent filming our queen, the more I was struck by the strange idiosyncrasies of her life.” The fact that she was the only female royal to have joined the military services and served in the military during ‘World War II,’ bears testimony to her loyalty and devotion towards her country and countrymen. Post the tumultuous phase of the ‘Second World War,’ Elizabeth ushered England into an era of hope and prosperity. Patron of innumerable charitable organizations, Elizabeth II has also been subjected to various controversies. She faced media criticism after the breakdowns of her children's marriages and the death of her former daughter-in-law Diana, Princess of Wales. Queen Victoria
DID WE MISS SOMEONE?
CLICK HERE AND TELL US
WE'LL MAKE SURE
THEY'RE HERE A.S.A.P
Quick Facts

Elizabeth, along with her sister Margaret, started her education at home, and learned history, French, mathematics, geography, dancing, singing, and art.

Her unruffled childhood took a decisive turn when her grandfather King George V passed away and her uncle Edward VIII abdicated the throne to be with his lady love and twice divorcee Wallis Simpson. Consequently, Elizabeth’s father was crowned king and she became the crown princess and next in line to the throne. 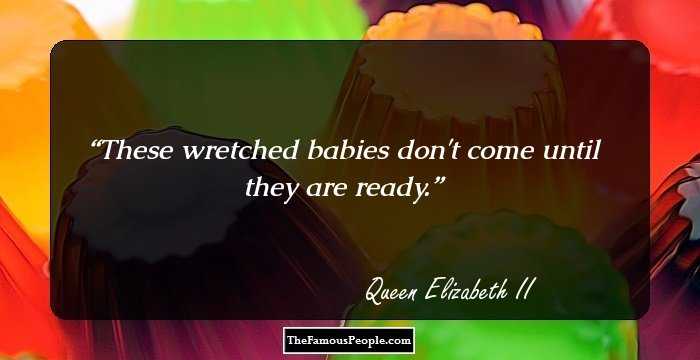 At the outbreak of the ‘Second World War,’ London was subjected to heavy bombardment. Subsequently, Elizabeth and her sister were shifted to ‘Balmoral Castle,’ Scotland where they stayed until the Christmas of 1939. They were later sent to ‘Sandringham House,’ Norfolk amidst growing concern over their safety.

Until May 1940, she stayed at the ‘Royal Lodge,’ Windsor, and was later shifted to ‘Windsor Castle,’ where she spent several years

She was appointed the colonel-in-chief of the ‘Grenadier Guards’ in 1942. A year later, she made her first solo public appearance and visited the infantry regiment. She also served as one of the five counselors of state in July 1944 when her father King George VI went on a trip to Italy.

In 1945, she was appointed to the ‘Women's Auxiliary Territorial Service’ as an honorary second subaltern. Here, she was trained as a driver and mechanic. Within a few months, she became junior commander of the regiment. 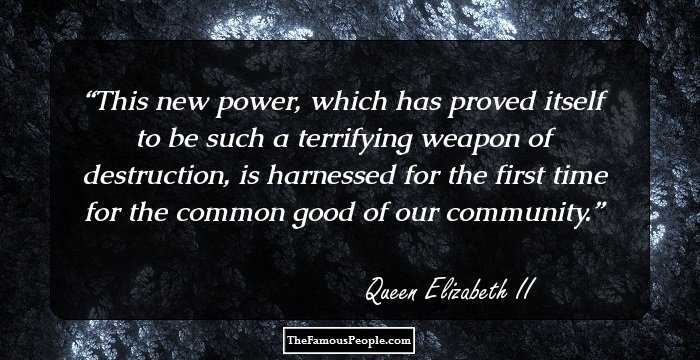 Princess Elizabeth started accompanying her parents on official trips within England as well as abroad.

She was inducted into the ‘Welsh Gorsedd of Bards’ at the ‘National Eisteddfod of Wales’ in 1946. A year later, on her first official trip with her parents, she traveled to various Southern African countries.

In 1951, owing to her father’s declining health, she visited Canada and the USA in his stead.

Ascension To The Throne & Reign

When she was on a trip to Kenya, Australia, and New Zealand along with her husband, her father King George VI passed away. Subsequently, she was proclaimed as the sovereign of the Commonwealth realms in February 1952.

After her return from Kenya, it was anticipated that the royal house would bear the name of her husband and henceforth be known as the ‘House of Mountbatten.’

However, at the insistence of Queen Mary and the then-British Prime Minister Winston Churchill, Elizabeth retained the name ‘House of Windsor.’ Her coronation took place at ‘Westminster Abbey’ on 2 June 1953. It was the first ever coronation ceremony to be televised.

During an impasse within the ‘Conservative Party,’ the queen was bestowed with the responsibility of appointing the leader of the party. Paying heed to the advice of the British cabinet and Winston Churchill, she appointed Harold Macmillan.

She visited the United States in 1957, and addressed the ‘United Nations General Assembly’ as a representative of the Commonwealth Nations. The same year, she also visited Canada and opened the session for the 23rd Canadian parliament, becoming the first monarch of Canada to do so.

During the 1960s and 1970s, the African and the Caribbean countries were rapidly decolonizing and becoming sovereign states. During the Australian constitutional crisis, her decision not to interfere in the constitutional matter of the country helped speed up Australian Republicanism.

Following the victory of the 1991 ‘Gulf War,’ the queen addressed a joint session of the United States Congress, becoming the first British monarch to do so. During her speech in 1992, she described the year as ‘annus horribilis,’ meaning the horrible year; the year commemorated her 40th anniversary as the queen.

In 2002, the queen celebrated her golden jubilee as monarch, and embarked on a trip across her realm, starting from Jamaica in the Caribbean. In 2010, she addressed the ‘United Nations’ for the second time. A year later, she visited the Republic of Ireland, becoming the first British monarch to do so.

2012 witnessed Elizabeth’s diamond jubilee as the queen of England. In July 2012, she opened the ‘Olympics’ and ‘Paralympic’ games. Later in the year, she also became the first sovereign, after King George III, to participate in the peace-time Cabinet meeting.

She became the first British monarch to celebrate sapphire jubilee (65th anniversary) in 2017. 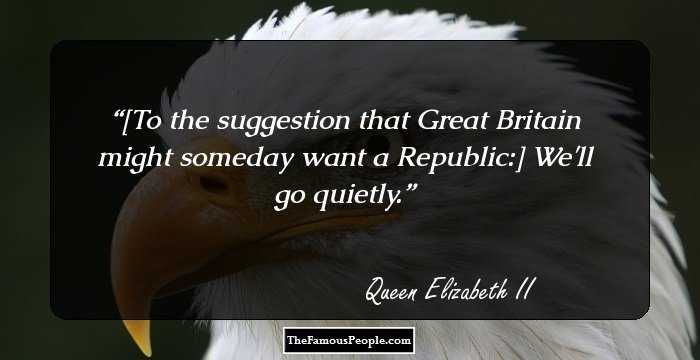 While riding a horse near the ‘Buckingham Palace,’ as part of a parade during her birthday celebrations in June 1981, she was shot by a teenager named Marcus Sarjeant. The next year, another man broke into her personal bedchamber with an intention of hurting her. Fortunately, she didn’t get hurt on both the occasions.

After Princess Diana’s death in 1997, her silence generated a lot of speculations. Also, the rumor that she had declined a public funeral for Diana hurt public sentiment.

Media reports claimed that the queen was “exasperated and frustrated” by the policies of the then-British Prime Minister Tony Blair; a claim that generated a lot of controversy.

Elizabeth got married to Prince Philip of Greece and Denmark, her second cousin through King Christian IX of Denmark and third cousin through Queen Victoria, on 20 November 1947 at ‘Westminster Abbey.’

Her first son, Prince Charles, was born on 14 November 1948. A couple of years later, she gave birth to Princess Anne. Prince Andrew was born in 1960 and Prince Edward, her fourth child, was born in 1964.

In 1969, she declared Prince Charles as her successor and bestowed upon him the title ‘Prince of Wales.’ Prince Charles got married to a 19-year-old Diana Spencer in 1981.

Queen Elizabeth II died on 8 September 2022, at her Balmoral retreat in the Scottish highlands. She was 96, and succeeded by her son Charles III.

On 4 April 2013, Queen Elizabeth II received an honorary ‘BAFTA’ for supporting the film industry. She was called "the most memorable Bond girl yet" at the award ceremony.

Though Queen Elizabeth II traveled to many countries, she did’t have a passport!

To buy her wedding dress, Queen Elizabeth II used ration coupons in order to abide by the postwar austerity measures.

She was particularly fond of dogs and loved reading mystery novels. During her leisure time, she watched wrestling on television.