Princess Stéphanie, famously dubbed as the 'wild child' of Monaco, is the youngest child of Rainier III, former Prince of Monaco,. Born in a royal family, her life could have been a fairy tale had she followed social norms but instead she chose to live by her own decisions, however unacceptable they may be to the society. In her teens Stephanie lost her mother in a fatal car crash which she survived with minor fractures and this incident left a deep impact on her, one which would affect the rest of her life. After recovering from the injuries, she started her career as a model and appeared on the cover of fashion magazines. Later, she became a singer and recorded some albums which proved to be quite successful. Throughout her life she worked as a model, fashion designer, singer, and a patron of charitable causes. Her personal life has been as unstable as her professional career which is evident from the fact that none of her several relationships have lasted for long. Some of her actions may have raised a few eyebrows, but it cannot be denied that she displays an abundance of creativity, a restless energy, and a way of connecting with people. She has gained a great deal of wisdom over the years from the many ups and downs in her life but she never lost her rebellious spirit and at the same time continues to work as a philanthropist with a compassionate heart. Ruel
Models #222
Fashion Designers #41
Singers #933
DID WE MISS SOMEONE?
CLICK HERE AND TELL US
WE'LL MAKE SURE
THEY'RE HERE A.S.A.P
Quick Facts

Monacan People
Singers
Fashion Designers
Female Models
Women Singers
Childhood & Early Life
She was born on February 1, 1965, in Monaco to Rainier III, Prince of Monaco, and his wife, Grace Kelly, the renowned Hollywood actress. She is the youngest of the couple’s three children and has two older siblings Caroline and Albert II.
She received her early education from the Dames de Saint-Maur in Monaco, and then attended the Dupanloup in Paris, France where she also developed interest in gymnastics, a field in which she excelled. In 1978 and 1979, she became the patron of the Grand Prix de Gymnastique de la Ville de Paris.
On 13 September 1982, while returning home from their farm in Rocagel, France, she and her mother had a car accident. Her mother, Grace, after suffering a stroke lost control of the car and drove off the steep, winding road, crashing down the mountainside. Her mother died the next day while she sustained a hairline fracture of a neck vertebra. She remained deeply affected by this loss for a long time in her life.
Continue Reading Below
You May Like

The Sexiest Men Of 2020, Ranked
Career
After her physical recovery from the accident which killed her mother, she took an internship at the Haute Couture firm of Christian Dior, under the direction of designer Marc Bohan in 1983. The following year, she debuted as a model on the biannual haute couture special published by Spanish magazine ‘¡Hola!’.
In 1985, she appeared on the cover of ‘German Vogue’ and the American edition of ‘Vanity Fair’.
In 1986, she launched a swimwear line ‘Pool Position’ with Alix de la Comble, whom she had met during her internship.
In 1986, she self-produced and released her first single with the French label ‘Carrere’, under the production of Yves Roze. The song ‘Ouragan’ and its English version ‘Irresistible’ were both international hits. Another single ‘Flash’, as well as its English version ‘One Love to Give’, also achieved success throughout Europe.
In 1992, she recorded ‘In the Closet’ with Michael Jackson for his album ‘Dangerous’. The song became a worldwide hit and reached the top ten in the United States.
She currently serves as the president of several associations including ‘Monaco Youth Center’ and ‘Princess Stéphanie Activity Center’. She has also been the patron of the International Circus Festival of Monte-Carlo.
She established her own Women Face the AIDS Association in 2003 to support people living with HIV and to combat the social stigma attached to the disease. She became a ‘Joint United Nations Programme on HIV/AIDS (UNAIDS)’ ambassador in 2006.
Awards & Achievements
In 2005, she was honored by the H.S.H. Prince Albert II with the insignia of the Grand Cross of the ‘Order of Grimaldi’ for her involvement in humanitarian actions.
Personal Life & Legacy
She has a glamorous lifestyle and has been involved in several affairs in her life. She dated many celebrities such as race car driver Paul Belmondo, Anthony Delon, a French-American actor and Rob Lowe, the Hollywood star.
In 1992, she began a relationship with her bodyguard, Daniel Ducruet. The couple had two children; Louis Robert Paul Ducruet in 1992 and Pauline Grace Magui Ducruet in 1994. The couple married in 1995 but got divorced the following year when Daniel was found in a compromising situation with another woman.
In 1998, she gave birth to her third child; a girl, Camille Marie Kelly Gottlieb, in Monaco. Although she never revealed the identity of Camille’s father, it has been rumored that he is Jean Raymond Gottlieb, another bodyguard.
In 2001, she got involved in a relationship with Franco Knie, a married elephant trainer and moved into his circus caravan. But when the affair ended in 2002, she returned to her royal family in Monaco.
In 2003, she married Adans Lopez Peres, a Portuguese acrobat, in a private ceremony in Switzerland. This marriage also ended in divorce in November 2004.
Recommended Lists:
Fashion #241
You May Like 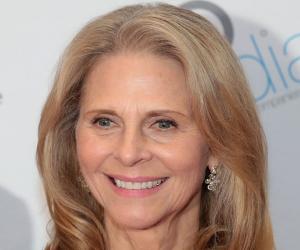 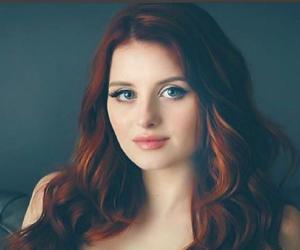