Who was Grace Kelly?

Grace Kelly was a renowned actress who later on went onto become the Princess of Monaco. She was born in Philadelphia, to parents who were self-made and earned recognition in their respective professions. Grace had an innate interest for acting and from her early childhood she dreamt of becoming an actress. However, her family did not approve of acting and modelling as a career, and she had to embark on this journey all by herself. She managed to enrol at the ‘American Academy of Dramatic Arts’ and after completing her course at the institute, she joined the Broadway. She had acting skills but she did not succeed at the Broadway. Soon she realised her true calling and made a shift in career by opting for roles in television. Her talent did not go unnoticed and she was soon offered roles in movies. Her first lead role was in the film ‘High Noon’ where she was cast alongside Gary Cooper. Eventually, she climbed the ladder of success and marked her position in the film industry. However, when she was at the zenith of her career, she entered the wedlock with Prince Rainier III of Monaco. She then became the Princess of Monaco and with the title came many responsibilities and obligations, owing to which she had to forgo her acting career

Celebrities Who Look Beautiful Even Without Makeup
The Greatest Entertainers Ever American Women
Pennsylvania Actresses
American Academy Of Dramatic Arts
Scorpio Actresses
Childhood & Early Life
She was born to John B. Kelly, Sr. and Margaret Katherine Majer, on 12th November, 1929, in Philadelphia. Her father was a sports personality and won three gold medals at the Olympics for rowing. Her mother was a teacher of physical education at the ‘University of Pennsylvania’. Grace had three siblings named Margaret, John Jr. and Elizabeth.
She received education from institutions such as ‘Ravenhill Academy’ and ‘Stevens School’. During her school days, she participated in many fashion events and also acted in a few plays.
After completing her studies, she decided to pursue a career in acting and thus enrolled at the ‘American Academy of Dramatic Arts’, New York, in 1947. Simultaneously, she carried on modelling for earning a livelihood. In her last performance at the academy, she played the role of Tracy Lord in the play ‘The Philadelphia Story’. 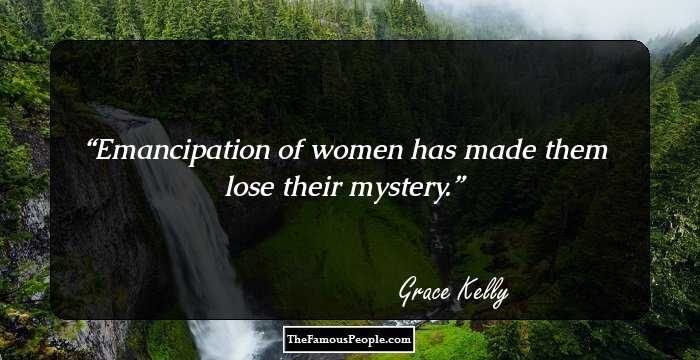 American Actresses
Women Historical Personalities
Monacan Historical Personalities
Women Film & Theater Personalities
Career
After graduating from the drama school, she embarked into a career in Broadway, and her first play there was ‘The Father’ in 1949. However, after failed attempts at the Broadway, she directed her career into Hollywood.
She acted in a few television shows and in 1951, she appeared in a minor role in the film ‘Fourteen Hours’. In the sets of this film, her acting potentials were noticed by actor Gary Cooper.
In 1952, she got her major breakthrough into Hollywood when she starred opposite actor Gary Cooper in the film ‘High Noon’. This film earned her huge acclamation as well as a seven-year contract with the media company ‘Metro-Goldwyn-Mayer’ (MGM)
The following year, she worked in the film ‘Mogambo’ along with actors Clark Gable and Ava Gardner. In this film her acting was critically acclaimed and even won her a ‘Golden Globe Award’.
She then worked in a television play ‘The Way of an Eagle’ and soon after, she earned a role in director Alfred Hitchcock’s film ‘Dial M for Murder’ which was based on Frederick Knott’s play by the same name. Her next project was ‘The Bridges at Toko-Ri’ where she worked with actor William Holden.
In 1954, she worked in the film ‘Rear Window’ which was her second collaboration with director Alfred Hitchcock. The same year, she worked in the film ‘The Country Girl’ where she played the role of Georgie Elgin. The film also cast Bing Crosby and William Holden.
She starred in the film ‘Green Fire’ in 1954, directed by Andrew Marton. The following year, she worked in the film ‘To Catch a Thief’ which was released in 1955, and this too was directed by Alfred Hitchcock.
Kelly abandoned acting while she was at the pinnacle of her career. Her marriage to Prince Rainier III of Monaco obliged her to renounce the American citizenship and her works were banned in her adopted homeland.
Recommended Lists:

American Film & Theater Personalities
American Female Film & Theater Personalities
Scorpio Women
Major Works
The film which became a milestone in Kelly’s career was ‘The Country Girl’, where she portrayed the character of Georgie Elgin, who was distressed by her husband’s drinking habits. Her co-stars in the movie were Bing Crosby and William Holden. This film earned her the ‘Academy Award’ in the ‘Best Actress’ category.
Awards & Achievements
In 1954, she became a recipient of the ‘Golden Globe Award’ in the ‘Best Supporting Actress’ category. The same year, she won the ‘Academy Award’ for the film ‘The country Girl’ in the ‘Best Actress’ category.
Her role in the films ‘Dial M For Murder’, ‘Rear Window’, and ‘The Country Girl’, she was awarded the ‘New York Film Critics Circle Award’ in the Best Actress category.
Personal Life & Legacy
Grace Patricia Kelly married Prince Rainier III on 19th April, 1956, and there after she became the Princess of Monaco. The couple was blessed with three children Caroline, Princess of Hanover, Albert II, Prince of Monaco, Princess Stéphanie of Monaco.
After her marriage she abandoned her acting career and embarked into philanthropic works.
She founded the charitable organization named ‘AMADE Mondiale’ which was also recognized by the UN as an NGO.
In 1964, she established the ‘Princess Grace Foundation’ to help the local craftsmen. She was also a supporter of the organization ‘La Leche League’ which promotes breastfeeding.
On 13th September, 1982, this Princess of Monaco breathed her last, when she met with an accident on her way back to Monaco from her residence located in Roc Agel. The hospital where she was admitted was later renamed after her, as ‘The Princess Grace Hospital Centre’.

See the events in life of Grace Kelly in Chronological Order 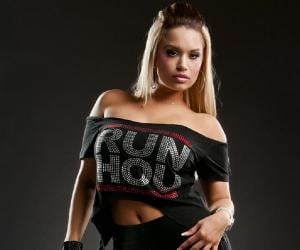 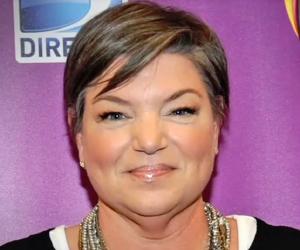