HRH Princess Michael of Kent is a member of the British Royal Family with noble German and Hungarian heritage, as well as roots tying her to noble families going back for hundreds of years. After a brief and unhappy marriage to a British banker she married Prince Michael of Kent and became first cousin to the Queen through marriage. Although she does not perform royal duties or receive public money, she and her husband represent the queen at social events, and their two children are in the line of succession to the throne. Princess Michael has worked as consultant for fine art galleries as well as running her own interior design firm, and is also a best-selling author of five books, both novels and non-fiction. Her royal lineage and somewhat grandiose claims of her heritage have attracted a lot of media attention, and she is sometimes criticized for her flamboyant social gaffs and outspoken opinions. As a prominent member of a waning aristocracy, she is often the subject of controversy in her own country and seen as a representation of an out of touch monarchy. Despite occasional negative media coverage she is also well known for her charitable activities and her reputation as an author and historian British People
Women Writers
British Writers
Capricorn Writers
British Women Writers
Childhood & Early Life
Princess Michael of Kent was born Baroness Marie Christine Anna Agnes Hedwig Ida von Reibnitz on January 15, 1945, in Karlsbad, which was then German territory but is now part of the Czech Republic. Shortly after her birth, Nazi Germany suffered defeat and the German population was expelled from her homeland.
The Princess comes from centuries old royal lineage on her mother's side, including Catherine de Medici, Queen of France. Her father was a Nazi party member and her parents split up soon after she was born and she moved with her mother to Australia, where her mother purchased a beauty parlor.
Continue Reading Below
You May Like

Famous Beautiful Women With Green Eyes
Career
The Princess met her first husband, an English banker named Thomas Troubridge, during a boar hunt in Germany. They were married in 1971, but the marriage was not a success and they were separated two years later.
Her divorce was not finalized until 1977, and the Catholic Church granted her annulment for undisclosed reasons a year later. By this time she was already heavily involved with Prince Micheal of Kent, a first cousin of Queen Elizabeth II.
A month after her marriage wasannulled in 1978; the two were married in a civil ceremony in Vienna, Austria. Because she was not born a princess, she took on the title and styling of her husband and became ‘Her Royal Highness Princess Michael of Kent’.
She published her first non-fiction book, entitled 'Crowned in a Far Country: Eight Royal Brides', in 1986. The book explored personal details about three centuries of political marriages and the European princesses who left their homes to take on an influential new role.
She went on to publish two other non-fiction books, one about the history of five royal mistresses, and another about one of her ancestors, Diane de Poitiers, mistress to Henri II of France.
In 2007 the Princess returned to her original career path, before her marriage, as an interior designer and consultant. She revived her interior design firm ‘Szapar Designs’ and also worked as a consultant for the Swiss art gallery ‘GalerieGmurzynska’.
In addition to her non-fiction works, she is also the author of two historical novels. Released in 2013, 'The Queen of Four Kingdoms' is based on the real life of Yolande of Aragon, Queen Consort of Naples. A year later she published its sequel, 'Agnès Sorel: Mistress of Beauty'.
Major Works
On June 30, 1978, Marie Christine became a first cousin to Queen Elizabeth II by marriage and assumed the role and title of HRH Princess Michael of Kent. She and her husband represent the Queen at events.
Personal Life & Legacy
Her husband Prince Michael is not in the line of succession to the throne and the couple receive no public money. Prince Michael runs a private consulting business and the couple works together to fund charitable events and projects. They have two children, Lord Frederick Windsor and Lady Gabriella Windsor, both now in their 30's.
Princess Michael of Kent has arguably some of the most pure and undiluted royal lineage in the world. Although she and her husband forfeit their rights to succession because of her Catholicism, their children are in communion with the ‘Church of England’ and retain their succession rights.
Her striking figure and outspoken high born demeanor have made her the subject of media attention, controversy, and even scandal. On multiple occasions she has come under criticism for making comments regarding race, breeding, and even subjects like the public wearing of the Swastika.
She is also famous for making more benign party fouls and social gaffs within the royal circles, including an infamous reputation for being 'pushy'.
Trivia
The Princess loves animals, and keeps horses, dogs and cats as pets. She also supports the efforts of animal conservation organizations in Africa
You May Like 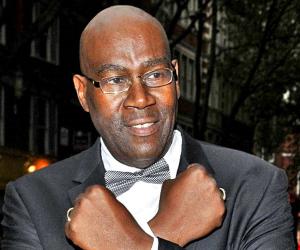