Peter Jones is a famous British entrepreneur who has given a new definition to the word 'ambition', and has proved to the world that sheer dedication can overcome any obstacle in life. Having harboured the dream of becoming a businessman since childhood, he worked hard towards achieving his goal. Starting out on a small scale, this entrepreneur moved on to bigger ambitions, soon setting up a firm of his own, dealing with computers. Though the business did well enough to get him his own accommodation and car, it soon went through rough waters, and the young man was forced to terminate the venture. However, this did not thwart his confidence, and the illustrious businessman went ahead and started a new initiative called 'Phones International Group'. This enterprise did particularly well, and has recently been declared as one of the firms that have shown drastic growth. His success story has inspired so many that he has also appeared on several hit TV shows, including 'Dragon's Den', 'Tycoon', and 'American Inventor', the latter being his own idea. He has presently invested in a wide range of companies, which deal with television, food, and even publishing. He also strives to help young aspiring business students achieve their dreams in life, through the 'Peter Jones Enterprise Academy' 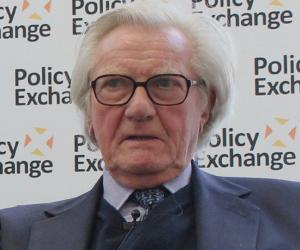 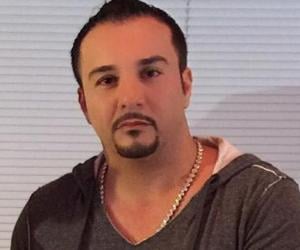 British People
Tall Celebrities
Tall Male Celebrities
Pisces Entrepreneurs
British Entrepreneurs
Childhood & Early Life
Peter Jones was born in Berkshire, England, on March 18, 1966, in a family that wasn't very economically sound. His father owned a small business, and since a tender age, Peter was also interested in following his father’s footsteps.
The young boy initially attended a private school, before joining the 'Desborough College', an institution for secondary education, located at Maidenhead, Berkshire. He eventually completed his higher education from the 'Windsor Boys' School', where he developed an interest in both Economics as well as Tennis.
He then approached an English teacher, John Woodward, who also taught tennis in his spare time. Jones took up a job at Woodward's tennis coaching centre, where he taught the game and even learnt how to run a business at the same time.
Continue Reading Below
You May Like

The Hottest Male Celebrities With The Best Abs
Career
He soon became a coach at his own establishment, after clearing the 'Lawn Tennis Association' examinations. By the time he was in his twenties, he had founded an enterprise that made and sold computers. Though the business was successful for some time, it soon had to be abandoned due to lack of customers.
Jones then ran a restaurant that was mainly known for serving cocktails, but that too didn't do well and Peter was forced to sell his business at a loss of £200,000. Having been drained of all his wealth, he not only had to give up his home and car, but also had to start working for the company, 'Siemens Nixdorf'.
After working for some time with 'Siemens', where he climbed the corporate ladder quite quickly. Jones got back his confidence and established the firm 'Phones International Group', in 1998.
His new enterprise flourished, and generated a turnover of £44 million in a span of just two years. This thriving venture aimed to provide mobile phone services to different kinds of customers. The supply channel used was rather simple, and was called 'Single Brand Distribution'.
During 2004-08, the accomplished entrepreneur expanded his business, establishing the subsidiary firm, 'Generation Telecom', the recruitment consultancy, 'Celsius', and the online company 'Wines4Business.com'.
In January 2005, Peter starred in a British TV show, 'Dragon's Den', based on a Japanese programme, where contestants fight it out to sell their ingenious business plans to a team of judges.
The same year, along with businessman Theo Paphitis, Jones purchased entrepreneur Rachel Elnaugh's gifting solutions firm, 'Red Letter Days'.
Another series, 'American Investor', which was a collaborative effort between producers Simon Cowell, ‘FremantleMedia’, and 'Peter Jones Television', was telecast in 2006. This show too starred Jones as one of the judges, in episodes shown the following year, on the 'ABC' network.
The same year, the successful businessman also produced 'Tycoon', a television series broadcast by 'ITV' network.
Continue Reading Below
In 2009, the 'Peter Jones Enterprise Academy' was established, in a bid to train young UK students to become successful businessmen. The educational institution is spread across various campuses located in places like Manchester, Sheffield, Oxford, and Amersham.
This brilliant entrepreneur has also appeared in an episode of the show 'Hustle', alongside businessmen, Deborah Meaden and Duncan Bannatyne, aired in January, 2010. The same year, he also appeared in television programmes like 'Celebrity Juice', 'James Corden's World Cup Live', and 'Never Mind the Buzzcocks'.
In recent times, he has replaced Gordon Ramsay, former brand ambassador of telecommunications giant, 'BT Business' and has also been seen on shows such as 'The Magicians', as well as 'Top Gear'.
In 2011, this impressive businessman earned £38 million from the sale of 'Wireless Logic', a subsidiary of his 'Phones International Group'. Two years later, he took over the retailing firm, 'Jessops Europe Limited' and served as its CEO.
Major Works
'Phones International Group' is the most successful business venture taken up by Jones. The company started out with the goal of providing cell phone services to their clients. It went on to generate revenue of £44 million in two years and has been identified as one of the fastest developing enterprises by 'The Sunday Times'.
Awards & Achievements
In 2002, Jones was presented the 'Emerging Entrepreneur of the Year Award' by the famous multi-national firm, 'Times/Ernst & Young'.
This celebrated entrepreneur was given the title of 'Commander of the Order of the British Empire', by the government, in 2009.
Personal Life & Legacy
Jones was married to Caroline, and the couple were blessed with a daughter, Anabelle, and a son named William, before getting seperated.
Since 1997, Peter has been in a relationship with Tara Capp, and they have three children, namely Tallulah, Natalia, and Isabella.
He has founded the charitable organization, 'Peter Jones Foundation', which strives to motivate the youth to think creatively and develop the right mentality for contributing to the economy of the society. It also stresses on the importance of teaching school students about the nitty-gritties of running a business.
Trivia
This famous entrepreneur is passionate about cars, his first marque being 'Alfa Romeo Alfasud'
You May Like

See the events in life of Peter Jones in Chronological Order 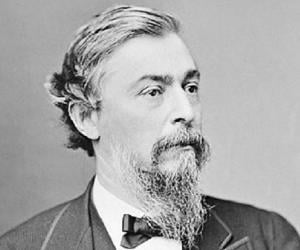