Garrett Camp is a Canadian entrepreneur who co-founded StumbleUpon, a web-discovery platform, and Uber, an on-demand car service available via a mobile application. A true innovator at heart, he plans to help found more companies in future and has created Expa as a new platform for future companies. Born to enterprising parents who quit their respective jobs to embark on a new career as design/build team, Camp believes in taking calculated risks in order to grow as a businessman. From having attended a small school as a young boy, he moved on to the University of Calgary for a degree in electrical engineering. While at the university, he decided to start a company and teamed up with three like-minded friends. The friends came up with several business ideas and ultimately decided to go with the concept of a discovery engine that would find web content for its users. Thus StumbleUpon was born. The company took off and its early success helped the founders in raising adequate funding from angel investors. While serving as the CEO of StumbleUpon, Camp came up with the idea for Uber which he co-founded in 2009. More recently he formed Expa and is considered to be one of the best technology innovators in recent times Canadian People
Electrical Engineers
Canadian Men
Male Engineers
Libra Engineers
Childhood & Early Life
Garrett Camp was born on October 4, 1978 in Calgary, Alberta, Canada. His mother was an artist and his father was an economist. The couple decided to change their careers and teamed up to become a design/build team who built houses. Young Garrett inherited his parents’ entrepreneurial spirit.
He went to a small elementary school that had only 150 students. His high school was bigger, with around 1, 700 students.
After completing his schooling he enrolled in the University of Calgary for a degree in electrical engineering in 1996. After his junior year he moved to Montreal for an internship at Nortel Networks where he worked on speech recognition technology. During his stay in Montreal, he also took courses at Concordia University.
He returned to Calgary in 2000 to finish the degree. He then started working on his Masters in Software Engineering and researched collaborative systems, evolutionary algorithms and information retrieval.
Continue Reading Below
You May Like

The Hottest Male Celebrities With The Best Abs
Career
While at the university he decided that he wanted to open his own business. He teamed with three of his friends—Geoff Smith, Justin LaFrance and Eric Boyd—to discuss potential business ideas. The friends discussed five or six ideas before eventually deciding on creating a discovery engine.
StumbleUpon was launched in 2002 while Camp was still at the university. The discovery engine was designed to help people find sites that are more targeted to their interests than they would be with a regular search engine.
The company became successful within a couple of years and its growing popularity attracted the attention of Silicon Valley angel investors. StumbleUpon was relocated to San Francisco in 2006 upon receiving its first round of funding from Silicon Valley angels.
The founders sold StumbleUpon to eBay for $75 million in 2007. However, they bought it back within a couple of years in 2009. StumbleUpon is now an independent, investor-backed startup once again.
In 2009 Camp launched another one of his innovative businesses. The idea for a cab service had been incubating in his mind from the past one year and he collaborated with Travis Kalanick to found Uber (initially UberCab) in early 2009. Uber is an on-demand car service available via a mobile application.
The company received $200,000 in seed funding the same year it was launched and by 2010 had raised $1.25 million in additional funding. Founded in San Francisco, it expanded to other cities including New York City, Chicago and Washington, D.C. by 2011. It proved to be a great success and by 2012 had started expanding internationally.
As an entrepreneur who co-founded two highly successful startups, Garrett decided to use his decade long startup experience to build new companies. He founded Expa in 2013 to pursue this passion. Expa is a startup studio that works with founders to increase their startup’s chance of success.
Major Works
In 2002 he was a part of the team that founded StumbleUpon, a web-discovery platform. It was a huge success and had acquired over 25 million registered users within ten years of its formation. StumbleUpon has been listed in TIME's 50 Best Websites.
Garrett Camp co-founded Uber, a transportation network company which allows customers to submit a trip request through the Uber mobile app on their smartphones. The company’s services are today available in 300 cities across 58 countries. Uber was estimated to be worth $50 billion in mid-2015.
Awards & Achievements
In 2007, Garrett Camp was named to the TR35 List of Top Innovators under the age of 35 at Technology Review’s Emerging Technologies Conference at MIT.
He was named by Bloomberg Businessweek as one of Tech’s Best Young Entrepreneurs in 2008.
He was honored at the 2013 Tribeca Disruptive Innovation Awards for his accomplishments at both StumbleUpon and Uber.
Recommended Lists:
Business People #424
Engineers #101
You May Like

See the events in life of Garrett Camp in Chronological Order 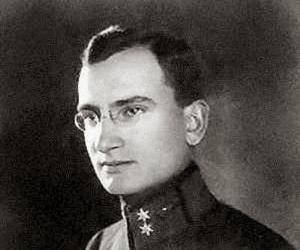