Jerry Yang
15th March In History
DID WE MISS SOMEONE?
CLICK HERE AND TELL US
WE'LL MAKE SURE
THEY'RE HERE A.S.A.P
Quick Facts

Abdulfattah Jandali was born on March 15, 1931, in Homs, Syria. His father was a self-made millionaire and his mother was a homemaker. After graduating from high school, Jandali went to the ‘American University of Beirut.’ While studying at the university, he became an activist and even spent three days in prison. He left Beirut in the mid-1950s and moved to New York. He started living with one of his relatives named Najm Eddin al-Rifai who worked as the Syrian ambassador to the US. He attended ‘Columbia University’ and then joined ‘Wisconsin University’ from where he received a Ph.D. in Economics and Political Sciences.

While studying at ‘Wisconsin University,’ he started dating a German-Swiss Catholic named Joanne Carol Schieble. However, Schieble’s parents were not happy with the relationship and her father even threatened to stop sending her to the university if she continued her relationship with Jandali. Despite her parents’ opposition, she continued her relationship and after spending the summer of 1954 with Jandali in Syria, she became pregnant with his child. Fearing her parents, Schieble traveled alone to San Francisco where she gave birth to a baby boy. She then gave him up for adoption and returned to her hometown. Her son, who was subsequently adopted by a couple in San Francisco, would grow up to become the co-founder of ‘Apple Inc.’

After completing his education in the United States, Abdulfattah Jandali faced financial problems which forced him to return to Syria. He returned to his hometown hoping to find a job in the diplomatic corps. When he failed to land a job as a diplomat, he started working as the director of an oil refinery in Homs. He returned to the United States in 1962 and started working as an assistant professor at ‘Michigan University.’ He then started working as an assistant professor at ‘Nevada University’ before deciding to become a restaurateur. He then bought a restaurant and went on to become the Vice Chairman of ‘Boomtown Casino Hotel’ in Nevada.

Six months after giving up her first-born child for adoption, Schieble lost her father. She then married Jandali in 1955. After their wedding, Schieble gave birth to their second child, a daughter named Mona. When Abdulfattah Jandali returned to Syria in search of a job, his relationship with Schieble strained. Schieble divorced Jandali in 1962 and married an ice skating teacher named George Simpson.

Abdulfattah Jandali is a non-practicing Muslim. He initially wanted to study law at ‘Damascus University’ but decided to study at the ‘American University of Beirut’ because of his authoritarian father who didn't want his son to pursue law. Unlike his father, Jandali wanted to raise his son in a friendly environment. However, he could not spend time with his biological son. In one of his interviews, Jandali said that he did not intend to give up his son for adoption. While his son, Steve Jobs, became the co-founder of Apple, his daughter, Mona Simpson, went on to become an acclaimed novelist. In 2006,�Abdulfattah Jandali married Roscille Colburn-Jandali. 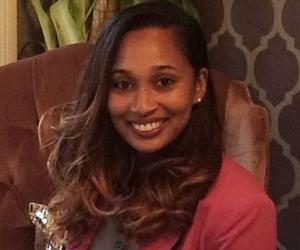 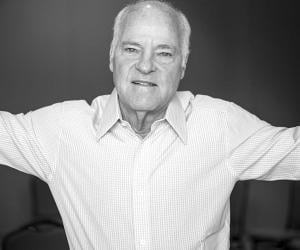