Cecil Rhodes, the founder of the diamond company De Beers was a prominent South African businessman cum politician of British origin. A strong supporter of British colonialism, he once dreamt of building his own secret society that would bring the entire world under British rule. Born into a large family, he was sent off to South Africa to work when he was just 16. During that time ‘diamond fever’ was sweeping the region, and Rhodes decided to bank on this new trend. He worked hard at diamond mines for years before setting up the De Beers Mining Company and later partnering with Barnie Barnato to form De Beers Consolidated Mines. He also entered politics on his election to the Cape Parliament and went on to become the Prime minister of the Cape Colony. He believed that the Anglo-Saxon race was the greatest and wanted to bring the whole of the world under British rule. So passionate he was in this belief that he even used his personal wealth in his attempt to expand the empire. As a politician he made several policies that influenced the development of British Imperialism in Africa. He was also a philanthropist who left a major part of his vast fortunes for the establishment of the Rhodes scholarship at the Oxford University.
Continue Reading Below British Celebrities
Cancer Entrepreneurs
British Entrepreneurs
Cancer Men
Childhood & Early Life
Cecil Rhodes was born in Hertfordshire, England, to Reverend Francis William Rhodes and his wife Louisa Peacock Rhodes. His father was a vicar in the Church of England.
He attended the Bishop’s Stortford Grammar School but he was asthmatic and had to be taken out of school because of health issues.
When Rhodes was 16, he was sent off to South Africa in the hopes that his health would improve in a better climate. His brother Herbert was already working there.
Continue Reading Below
You May Like

The Best Black Actresses Of All Time
Career
He arrived at South Africa in 1870 and joined his brother on the cotton farm he operated.
During that time, it was newly discovered that diamonds were available in abundant quantities in the Kimberly area. The Rhodes brothers joined the diamond rush in 1871 and worked at open-pit mines. They managed to earn a small fortune and learned a lot about the diamond business.
In 1873, he went to England to complete his studies. He enrolled at Oriel College, Oxford but stayed for only one term before returning to South Africa. He would travel back and forth to Oxford and South Africa before finally earning his B.A. degree in 1881.
He worked hard in the diamond business over the next few years and began buying all the smaller diamond mining operations in Kimberly with financing from N. M. Rothschild & Sons.
He established the De Beers Mining Company in 1880. Along with his brother Frank he also formed the Goldfields of South Africa which consisted of several large mines in the Transvaal.
An ardent supporter of British Imperialism, his dream was to expand the British Empire to cover the whole world. His political interests led to his election as a member of the Cape Parliament in 1880.
One of his biggest rivals in the diamond business was Barnie Barnato with whom he collaborated to form the De Beers Consolidated Mines in 1888.
He formed the British South Africa Company (BSAC) in 1889 and became the Prime Minister of the Cape in 1890.
He obtained a royal charter from the British Empire to occupy Mashonaland and occupied the Matabeleland as well. Soon the BSAC controlled a vast territory of land which was renamed Rhodesia in 1895.
Continue Reading Below
He supported the Jameson Raid—a planned attack on the Transvaal—in December 1895. The attack was a failure and resulted in the capture of Leander Jameson, the administrator of Rhodesia. Rhodes had to resign as Prime Minister of the Cape Colony because of this incident.
The Jameson Raid fiasco ultimately led to outbreak of the Anglo-Boer War in 1899. The war ended shortly after his death in 1902.
Major Works
He founded the De Beers diamond company which markets around 40% of the rough diamonds today. The company dominates the diamond business and is involved in open-pit, underground, coastal and deep sea mining in countries such as South Africa, Botswana, and Namibia.
As a politician, he strived hard to bring as much land as possible under the British Empire. Over his political career he is credited to have brought approximately one million square miles of African land under the British rule.
Personal Life & Legacy
He never married. He had a very close relationship with Neville Pickering leading to speculations that he might have been homosexual. Pickering’s death devastated Rhodes further adding to this speculation.
He was very close to his friend Leander Jameson. Jameson took care of Rhodes during his final days, and continued living in the mansion the men had shared even after Rhodes’s death.
He suffered from ill health throughout his relatively short life. He had his first heart attack when he was hardly in his twenties, and his heart condition worsened with age. He died from heart failure in 1902, aged 48.
He was a very wealthy man at the time of his death and in his last will he bequeathed a vast amount to the Oxford University for the establishment of the Rhodes scholarships for selected foreign students to study at the University.
His will also provided for the establishment of The Rhodes Trust, an educational charity, which provided funds for the establishment of the Rhodes University in South Africa.
Trivia
The Polish princess Catherine Radziwill had stalked him and proposed marriage which he refused.
This famous politician and businessman dreamed of creating a secret society for bringing the whole of the world under British rule.
You May Like 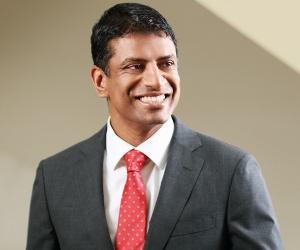 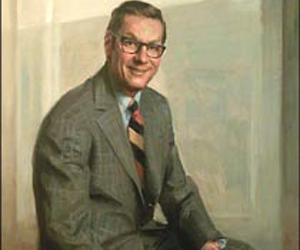