Dom Pedro II was the second and the last monarch of the Empire of Brazil, who ruled the 19th-century state for over 5 decades. He ascended the throne at the age of 5, after his father, Emperor Dom Pedro I, renounced it and departed to Europe in 1831. The little monarch grew up studying and preparing himself for the position, quite contrary to other children of his age. His rather different upbringing, filled with court experiences and political disputes, shaped him into an emperor of great commitment and dedication for his kingdom and its people. During his rule, Brazil transformed into an emerging power in the global sphere. It won the Paraguayan War, the Platine War, and the Uruguayan War. The country also developed economically, politically, and socially under his reign. He encouraged learning, culture, and the sciences. He also played an instrumental role in abolishing slavery. However, the highly respected and popular monarch was dethroned in a sudden coup d'état, and Brazil was proclaimed a republic in 1889. Pedro II neither opposed his ouster nor took steps to restore the monarchy. He lived in exile in Europe during the last few years of his life. He is regarded as the greatest Brazilian by many historians. father: Pedro I of Brazil 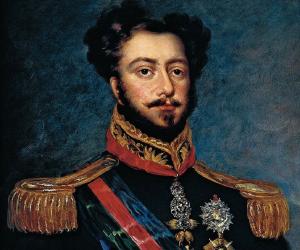 Pedro I of Brazil

Brazilian People
Brazilian Historical Personalities
Sagittarius Men
Childhood & Early Life
Pedro de Alcântara João Carlos Leopoldo Salvador Bibiano Francisco Xavier de Paula Leocádio Miguel Gabriel Rafael Gonzaga (Pedro II), named after St. Peter of Alcantara, was born on December 2, 1825, in the ‘Palace of São Cristóvão’ in Rio de Janeiro, Empire of Brazil, to Emperor Dom Pedro I, the founder and the first ruler of the Empire of Brazil, and Empress Dona Maria Leopoldina.
His paternal grandfather, John VI, was the king of the United Kingdom of Portugal, Brazil, and the Algarves, while his maternal grandfather, Franz II, was the last Holy Roman Emperor. Pedro II was a nephew of Napoleon Bonaparte through his mother. From his father’s side, he belonged to the ‘House of Braganza.’ He used the honorific "Dom" (Lord) since birth.
On August 6, 1826, Pedro II, the only legitimate son of Pedro I who survived infancy, was bestowed with the title “Prince Imperial” and was officially recognized as the heir apparent to the throne of the Empire of Brazil. He lost his mother on December 11 that year.
Continue Reading Below
You May Like

Pedro I of Brazil
(Brazilian, Portuguese) 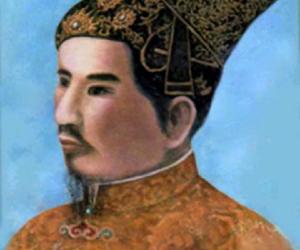