Jean, Grand Duke of Luxembourg reigned as the duke from November 1964 to October 2000. He was the eldest son of Prince Félix and Grand Duchess Charlotte of Luxembourg. Initially educated in his country, he later attended the Ampleforth College in the U.K. and the Université Laval in Quebec City. He spent a significant time of his childhood running away from the German invaders who had occupied Luxembourg during World War II. He and his family eventually settled in the U.S., but he was quick to join the British army soon. He participated in freeing Brussels and Luxembourg. His successful tenure as the duke witnessed Luxembourg rise from a weak player to a strong financial power. Jean also unified Europe to a great extent. His marriage to Princess Joséphine Charlotte of Belgium in 1953 strengthened the political ties between the two countries. He won numerous titles and honors. Jean was the world's oldest living monarch before he died in 2019, aged 98. 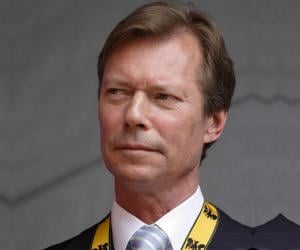 Cause of Death: Pulmonary Infection

He was the eldest son of Prince Félix and Grand Duchess Charlotte. He grew up with his five siblings: four sisters, Princess Elisabeth, Princess Marie Adelaide, Princess Marie Gabriele, and Princess Alix, and a brother, Prince Charles. Pope Benedict XV was one of his godparents.

He initially studied in Luxembourg and then joined the Ampleforth College, a Roman Catholic boarding school in England.

On January 5, 1939, Jean was named Hereditary Grand Duke as the heir apparent to the throne of Luxembourg.

When Luxembourg was occupied by Germany, the family fled. Jean thus joined the Université Laval in Quebec City, where he studied political science and law.

Who Is The Most Popular BTS Member?
World War II

On May 1940, during World War II, Luxembourg was attacked by Germany. The ducal family of Luxembourg fled the country. They were in exile for many years.

Initially, Jean and his family sought asylum in Paris. However, they had to leave France a few weeks later. The Portuguese consul, Aristides de Sousa Mendes, arranged transit visas to Portugal for the family in June 1940.

On June 23, 1940, the family reached Vilar Formoso. They traveled through Coimbra and Lisbon. They initially settled in Cascais. There, they stayed at the Casa de Santa Maria, which was owned by Manuel Espírito Santo, the erstwhile honorary consul of Luxembourg in Portugal.

By July that year, the family had shifted to Monte Estoril, where they stayed at the Chalet Posser de Andrade. On July 10, 1940, Prince Jean and his family boarded the S.S. Trenton to travel to New York City. Once in the U.S., the family sought asylum in a rented estate located in Brookville.

In 1942, Jean volunteered to join the Irish Guards of the British Army. He then graduated from the Royal Military Academy Sandhurst and received his commission as a lieutenant on July 30, 1943. In 1944, he became a captain.

He was part of the Battle for Caen, for liberating Brussels, and the Normandy landings (June 11, 1944). He then joined the Allied forces to free Luxembourg, on September 10, 1944. He quit his commission in the British Army on June 26, 1947.

He also served as the colonel of the Irish Guards from 1984 to 2000, and was often seen behind Queen Elizabeth II during the “Trooping the Colour.”

Reign as the Duke of Luxembourg

Jean became the lieutenant-representative of the grand duchess on April 28, 1961.

On November 12, 1964, after his mother, Grand Duchess Charlotte, abdicated, Jean became the Grand Duke of Luxembourg. The same day, he also became a general in the Luxembourg army. He ruled for the next 36 years, before abdicating on October 7, 2000, following which his son Henri succeeded him.

Jean was the first French agnatic Grand Duke of Luxembourg. His focused on the well-being of his country and in achieving European unity.

Throughout his reign, Jean turned Luxembourg from a minor industrial contributor into an international hub of finance. In 1986, he received the Charlemagne Prize in Aachen, for his attempts to integrate Europe.

Jean’s reign witnessed prosperity in the Grand Duchy of Luxembourg. Be it politics, economy, or social life, there was stability in every field.

Luxembourg named its museum of modern art the Musée d'Art Moderne Grand-Duc Jean (shortened to Mudam), to commemorate his 36-year rule. The museum was inaugurated in July 2006.

Jean, Grand Duke of Luxembourg was engaged to Princess Joséphine Charlotte of Belgium in October 1952. Joséphine was the only daughter of King Leopold III of the Belgians and Princess Astrid of Sweden, King Leopold’s first wife.

It was believed that Jean and Joséphine’s marriage had been arranged to improve political ties between Luxembourg and Belgium. However, it was soon revealed that they had been in love for quite some time.

On April 9, 1953, the couple got married in Luxembourg. They initially had a ceremony in the Hall of Ceremonies of the Grand Ducal Palace. They had a second ceremony at the Notre-Dame Cathedral of Luxembourg. The marriage ended all conflicts (that had risen from 1918 to 1920) between Belgium and Luxembourg.

In 2002, Jean and Joséphine moved to the Fischbach Castle. Following his wife’s death in January 2005, Jean lived there alone.

Jean was admitted to a hospital due to complications arising out of bronchitis on December 27, 2016. However, he was discharged on January 4, 2017, just a day before his 96th birthday.

Jean, Grand Duke of Luxembourg breathed his last on April 23, 2019. He was 98 at the time of his death. Shortly before his death, he had been hospitalized for a pulmonary infection. He was the world's oldest living monarch back then.

Thomas Bach, the president of the International Olympic Committee (IOC), too, paid his tribute to Jean. Incidentally, Jean had been a member of the IOC since 1946 and had also been named an honorary member in 1998.

Jean’s funeral was held on May 4, 2019, at the Notre-Dame Cathedral of Luxembourg.

Apart from being the Grand Duke of Luxembourg, Jean had also served as the Duke of Nassau and the Prince of Bourbon-Parma.

In 1986, Jean relinquished the titles of the House of Bourbon-Parma for both himself and his family. This decree was repealed by a second decree on September 21, 1995.

He also won the Military Medal on December 17, 2002, and the Luxembourg War Cross (with bronze palm).

He was awarded the Gold Olympic Order (1998) and the Bronze Wolf Award for his contribution to global scouting.

See the events in life of Jean, Grand Duke Of Luxembourg in Chronological Order