Pedro I of Brazil Biography

Advanced Search
Pedro I of Brazil, hailed as "the Liberator," was the first ruler of Brazil. He was the founder of the Empire of Brazil after securing independence from Portugal's rule. He was also known as ''The Soldier King'' because of his fine war skills. Pedro and his family had to flee to Portugal's most prospered colony, Brazil, when Napoleon invaded the country. When his father had to move back to Portugal to secure the power, Pedro supported the Brazilian struggle for independence. He saved the nation from being split up, and thus he is regarded with the utmost respect. Additionally, the reformations brought in under his reign were highly appreciated. Unfortunately, his image of being a womanizer and relationship with his wife caused his downfall. Pedro eventually found himself in a series of crises that occurred in Portugal and Brazil. His health started to deteriorate, and he died due to tuberculosis, and his son succeeded him. Louis VII of Fr...
DID WE MISS SOMEONE?
CLICK HERE AND TELL US
WE'LL MAKE SURE
THEY'RE HERE A.S.A.P
Quick Facts

Also Known As: Dom Pedro I, Pedro the Liberator 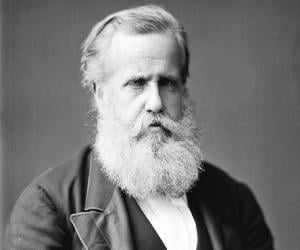