Paulina Porizkova is a Swedish-American model, actress and author, best known as a former judge on the television reality show titled America’s Next Top Model. Born in Czechoslovakia, she faced a very difficult time during her childhood. Her parents fled the country following the Soviet attack and moved to Sweden. Paulina reunited with her parents only after she turned 10. At the age of 15, she received an offer from a Parisian modelling agency and began her modelling career in the early 1980s. Her career blew up immediately as she appeared in magazines such as Sports Illustrated and New York Magazine. Soon, she was seen on covers of magazines such as Elle, Harper’s Bazaar, Glamour and Vogue etc. She also featured on the advertisements of companies such as Hermes, Christian Dior, Chanel and Versace, along with walking the ramps for many big designers. Starting from the 1980s, she has also been making regular appearances on films and television. In the US, she was known for appearing as a judge on the talent hunt show called ‘America’s Next Top Model’. Petra Nemcova
9th April In History
DID WE MISS SOMEONE?
CLICK HERE AND TELL US
WE'LL MAKE SURE
THEY'RE HERE A.S.A.P
Quick Facts 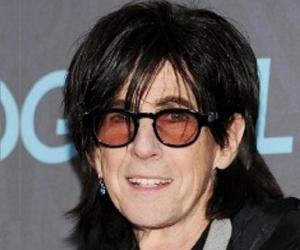 Paulina Porizkova was born Pavlina Elisa Porizkova, on April 9, 1965, in Prostějov, Czechoslovakia, to Anna Porizkova and Jiří Pořízek. She grew up as the eldest child in the family and had a younger brother growing up, whom she met after she turned 10.

Her parents were involved in the local politics and had strong anti-Communist views in the late-1960s. Soviet invaded Czechoslovakia in 1968 when Paulina was still a toddler, and that compelled Paulina’s parents to flee to Sweden. Paulina was left to stay with her grandmother in Prostějov. Despite her parents’ three years long legal battle to gain custody of their daughter, they were unsuccessful.

When her mother was six months pregnant, she tried to gain the custody of Paulina Porizkova after she entered Prostějov through illegal means, but she failed this time too.

However, when Paulina was 10 years old, she was finally taken to Sweden by her parents, when the government allowed it. Around the same time, Paulina’s father left the family to fend for themselves and went away to live with another woman. Hence, Paulina had to do mother’s duty for her little brother, and she also attended school during the daytime. Paulina’s mother worked small jobs to provide for the family.

Life was very difficult for Paulina Porizkova growing up. Her father had refused to pay for the child support and had broken all ties with them. Her mother was not around for the most part, as she was working as a nurse during the daytime and took classes in the evening. On the top of that, Paulina was bullied at school for being an immigrant.

Despite a lot of bullying and name-calling, she had somehow managed to make a few good friends. When she was 15 years old, one of her high school friends did her make-up in an attempt to become a make-up artist.

The pictures were sent to a modelling agency in Paris, called Elite Modelling Agency. The make-up gig did not happen, instead Paulina Porizkova’s pictures were selected and she was invited to Paris to begin her modelling career. She had wanted to come out of her life in Sweden, and hence, she took the offer and moved to Paris.

In the early 1980s, she began her modelling career from Paris and became popular very quickly and did shoots all over France. In 1983, after she appeared on the cover of the Sports Illustrated Magazine in a swimwear, her popularity overnight blew up in the United States as well. In 1984, she was again featured in the Sports Illustrated magazine, this time on the cover, which further led her to bag bigger modelling shoots.

In the July 1985 issue of New York Magazine, Paulina Porizkova featured on the cover and inside it. By her early 20s, she had already appeared on the covers of some of the most popular fashion and lifestyle magazine around the world, such as Elle, Vogue, Cosmopolitan and Glamour.

In the mid-1980s, she appeared on the talk show titled ‘Andy Warhol’s Fifteen Minutes’. The show featured interviews conducted by the artist Andy Warhol of budding artists and celebrities.

In 1988, she became world’s highest paid model when she was offered a contract by Estee Lauder, which was of $6,000,000. In that, she had replaced company’s renowned model Willow Bay. The black and white advertisement for Estee Lauder was shot very artistically and received praises from the critics. She remained the face of the magazine until the mid-1990s.

One other big thing which had happened by the mid-1990s was the changeover of her image from a swimsuit model to a sophisticated European socialite. The German luxury women’s designer clothing company Escada also signed a multi-million dollar deal with her.

In the early 1990s, Harper’s Bazaar named Paulina Porizkova one among the top 10 most beautiful women in the world, while American Photo magazine named her the model of the 1980s. This led to further her popularity and by the mid 1990s, she had become a supermodel.

She also walked ramps for many top designers of the world and appeared on print advertisements for many popular beauty and fashion companies, fragrances and make-up accessories companies.

Since she began modelling, she had appeared in advertisement campaigns for brands such as Chanel, Versace, Perry Ellis, Mikimoto, Ellen Tracy, Revlon and Hermes among many others. She has also walked the runway for Calvin Klein many times.

By the 2000s, she began getting offers to appear on American television, making her debut in 2008 appearing as a judge on the fourth season of the reality show ‘America’s Next Top Model’. She did the show as a judge for one season, replacing the popular English fashion icon Twiggy. However, she did not appear on the subsequent seasons.

Upon asked about the reasons for her ouster from the show during an interview on ‘The Late Show with Craig Ferguson’, she claimed that the producers thought she had a ‘big ego’. She further stated that another judge Tyra Banks was consistently late on the sets, which led her to raise concerns, which eventually led to her removal from the show. However, the producers of the show claimed that it was due to financial reasons that she was fired.

Towards the late 2000s, Paulina Porizkova further appeared playing a supporting role in five episodes of the soap opera titled ‘As the World Turns’.

She worked with acclaimed director Emir Kusturica for his Johnny Depp starring film titled ‘Arizona Dream’, released in 1993. In 1998, she played the first lead role of her career in the film titled ‘Thursday’, which was a critical and commercial debacle.

In addition, she has appeared playing guest roles in series’ such as ‘Jane by Design’, ‘Head Case’ and ‘Desperate Housewives’.

In addition to her modelling and acting gigs, she has been working as a blogger for publications such as Modelinia and The Huffington Post. In 2007, she published her first novel titled ‘A Model Summer’, which was loosely based on her own experiences of moving to Paris by herself during her teen years. In addition, she has also co-authored the children’s illustration book titled ‘The Adventures of Ralphie the Roach’.

Paulina Porizkova had met Ric Ocasek, the American singer of the band named The Cars, while shooting the music video for their song titled ‘Drive’. They began dating and ended up getting married in August 1989. The couple had two sons together, before getting separated in 2017.

While their divorce proceedings were still underway, Ric passed away. This got Paulina suffering from severe depression. Ric alleged in his will that Paulina had left him during the most vulnerable time of his life, before he died shortly after a surgery.

See the events in life of Paulina Porizkova in Chronological Order 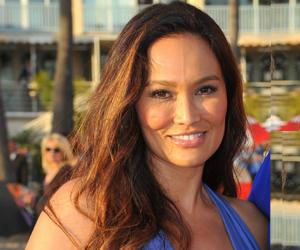