Elin Maria Pernilla Nordegren is a model and ex-wife of professional golf player Tiger Woods. She has modeled for ‘Cafe Sport’ magazine and has appeared on the cover of the same. She has also worked as a nanny for golfer Jesper Parnevik. This beautiful Swedish woman is the daughter of Barbro Holmberg, a politician and Thomas Nordegren, a radio journalist. She also has a brother and a twin sister. Nordegren studied psychology and has also worked in a clothing store. Following her divorce from Woods, who was caught in a cheating scandal, she received a whopping amount of $100 million as the divorce settlement. No doubt Nordegren has earned huge publicity due to her ex-husband! However, she tries to keep as much distance as possible from the media. A striking blonde with cornflower blue eyes, this beauty with brains is said to be a charitable person. Currently, she lives with her family in North Palm Beach, Florida. 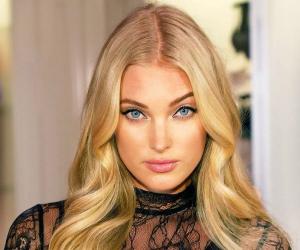 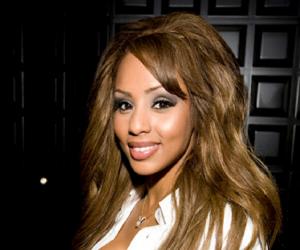 Swedish People
Swedish Women
Rollins College
Female Models
Swedish Models
Childhood & Early Life
Elin Nordegren was born Elin Maria Pernilla Nordegren on January 1, 1980, in Stockholm, Sweden. Her father Thomas Nordegren works as a radio journalist and her mother Barbro Holmberg is the former migration and asylum policy minister of Sweden. Elin Nordegren has an older brother named Axel as well as a twin sister named Josefin. She attended ‘Rollins College’ and graduated from there in 2014 with a degree in psychology. While studying at ‘Rollins College,’ she received an ‘Outstanding Senior’ award. As for now, Nordegren resides in North Palm Beach, Florida.
You May Like

Capricorn Models
Swedish Female Models
Capricorn Women
Continue Reading Below
Career
Elin Nordegren did many odd summer jobs during her early life. She also worked as a cashier in a supermarket to finance her education. In 2000, she started modeling and appeared on the glossy cover of the ‘Cafe Sport’ magazine. Soon after this, she joined a clothing store called ‘Champagne.’ At the store, Nordegren met the wife of golfer Jesper Parnevik and was hired as a nanny for the couple’s children.
Marriage & Divorce
Elin Nordegren met Tiger Woods through Jesper Parnevik who introduced them during the 2001 ‘Open Championship.’ Nordegren had a boyfriend back home and was not interested in golfers. However, she became close to Woods after the relationship with her boyfriend dissolved. In November 2003, Nordegren and Woods attended the ‘Presidents Cup’ tournament that took place in South Africa. There, she accepted Wood’s proposal.
The following year, the couple got married at ‘Sandy Lane’ resort in Barbados in the presence of family members and approximately 200 friends, including basketball players Charles Barkley and Michael Jordan. Woods and Nordegren welcomed their daughter Sam Alexis in 2007 and son Charlie Axel in 2009.
Soon after this, the couple’s marriage hit the rocks when Woods publicly admitted to infidelity in December 2009. Following this, Woods took a break from his career to fix his personal issues. However, these efforts were not successful and the couple finalized their divorce on August 23, 2010. Nordegren received $100 million as divorce settlement.
After divorcing Woods, Nordegren started dating philanthropist and coal magnate Chris Cline who passed away on July 4, 2019, at the age of 60. As of 2019, Nordegren is in a relationship with former ‘NFL’ player Jordan Cameron and is expecting her first child with Cameron.
Recommended Lists:
Fashion #276
You May Like 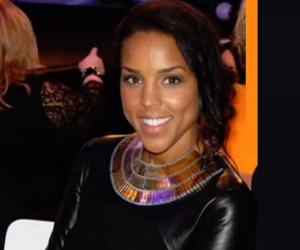