Paul Tournier was a Swiss physician and author; he is regarded as the twentieth century's most famous Christian physician. Paul Tournier was well-known for his spiritual and psychosocial approach towards treatment. He had a difficult childhood as he lost both his parents at an early age and was raised by his uncle and aunt. He became a Christian at the age of 12 and was actively involved in the activities of the church. Upon beginning his career as a doctor, he emphasized on the holistic treatment of patients by not only treating physical troubles but listening to the associated emotional and spiritual aspects. This mode of psychosomatic treatment had still not gained popularity at the time. He was renowned for his gift of healing and often doctors would refer patients to him they could heal, and they responded to his treatment. Paul Tournier authored several books in this subject and his books have later been translated in more than 13 languages. His works had great influence in the spiritual and psychosocial treatment of patients. Bidhan Chandra Roy
DID WE MISS SOMEONE?
CLICK HERE AND TELL US
WE'LL MAKE SURE
THEY'RE HERE A.S.A.P
Quick Facts

Swiss Celebrities
Male Physicians
Swiss Physicians
Swiss General Practitioners
Taurus Men
Childhood & Early Life
Paul Tournier was born on 12 May 1898, in Geneva, Switzerland, to Pastor Louis Tournier and Alisabeth Ormond. His father died three months after his birth and at the age of six, he lost him mother to cancer. Paul Tournier had an elder sister and after his mother’s death, he and his sister were raised by his uncle and aunt.
Paul Tournier was an introvert and shy child but he outstanding in academics. He became a Christian when he was 12 years old and grew up being actively involved in church activities.
In 1923, he received his M.D. degree from the University of Geneva. While pursuing his studies at the University, Paul Tournier had been the president of the Swiss movement ‘Zofingia’ and later a Red Cross delegate during the rehabilitation of prisoners of war at Vienna. 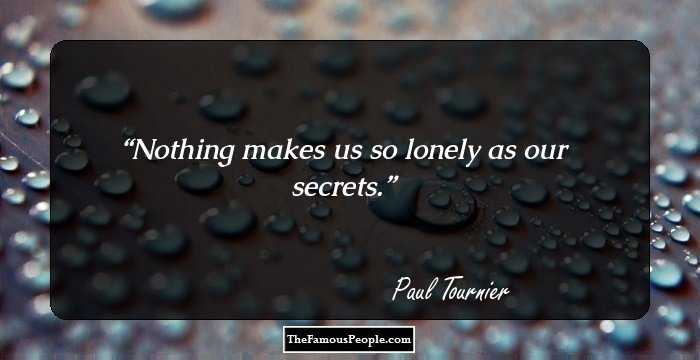 The Most Popular US Veterans
Career
Paul Tournier began his career as an assistant medical doctor at the Medical Polyclinic in Geneva, in 1924. The following year, he began his own private practice in Geneva and began functioning as a general medical practitioner. During this time, he was extensively involved in medical and civic groups and his faith in reformed Christianity or Calvinism increased to a great extent.
In 1932, Paul Tournier joined the Christian organization ‘Oxford Group’, and he stressed on the belief that man is more than merely the body and mind and he is a spiritual being as well. He began incorporating his beliefs into his medical occupation and strongly believed that one could not be treated successfully by disregarding his complete reality. In 1937, he converted his medical practice into a counselling practice.
Between 1938 and 1939, he began the writing of his first book titled ‘Médecine de la Personne’. The book was published in 1940 in French and following the success of his initial book, Paul Tournier went on to becoming an expert in this field and authored many more books in later years. He continued writing books and has to his credit a total of more than 30 self- authored books.
Beginning in 1939 Paul Tournier also undertook military service in Switzerland along with his medical practice. He was in the military service till 1945.
Paul Tournier had an unconventional method of treating his patients. Rather than solely treating the physical conditions of the person, he used to emphasize the importance of understanding their psychological and spiritual dimensions to provide holistic care. This thought emerged at a time when psychosomatic medicine was still not popular in the field of medicine.
In a move to encourage further discussion on these lines, Paul Tournier formed the International study group ‘Médecine de La Personne’, in 1947. This group met once annually and is active till today in countries like UK, USA, Germany and France. According to the Médecine de La Personne’ study group, Medicine of the Person is not a theoretical system and is an attitude that centers on the understanding of the purpose of life.
In 1950, Paul Tournier travelled to Athens in Greece to deliver his first speech. Since then travelled to all over the world to places as varied as USA, Iran, Japan, South Africa and Europe to deliver speeches and attend seminars. His last speech was at Strasbourg in France, in 1986. 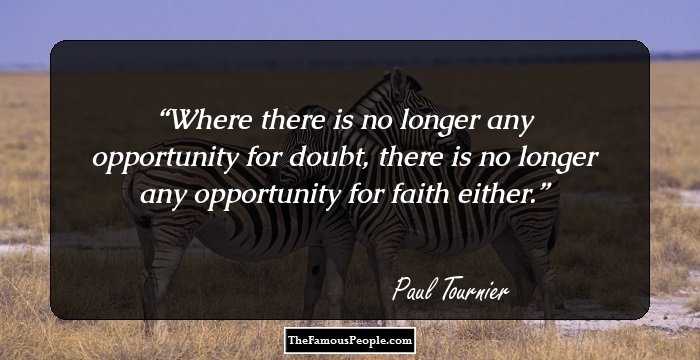 Major Works
Paul Tournier was well recognised as a physician who took care of the psychological and spiritual aspects of patient care as opposed to the conventional treatment of only healing physical difficulties. He has authored more than 30 books on the subject. Some of his works include ‘The Healing of Persons’, ‘The Meaning of Persons’, ‘Creative Suffering’ etc.
Personal Life & Legacy
Paul Tournier married Nelly Bouvier in 1924. The couple had two sons, namely Louis and Gabriel. In 1974, his wife died in Athens. In 1984, he married Corinne O'Rama in Geneva.
He died from carcinoma on 7 October 1986, in Troinex, Switzerland.
The Christian Medical and Dental Associations have opened a division ‘Paul Tournier Institute’, in his honour. Other organizations that have been formed to further promote his ideas are the Association Paul Tournier and International Group of Medicine of the Whole Person.
In 2006, magazine, Christianity Today, listed his book ‘The Meaning of Persons’ among the top 50 books that influenced Evangelists. 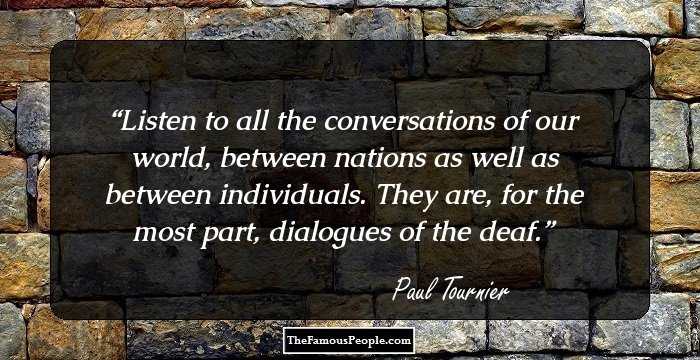 See the events in life of Paul Tournier in Chronological Order 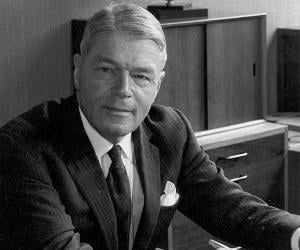