Paul Laurence Dunbar was an American playwright, poet and novelist. He was born into a slave family in Dayton, Ohio, and started writing stories and verse very early. He gained recognition for his work in school and served as president of his high school literary society. Dunbar published his first poem in a Dayton newspaper at the age of 16. Most of his work was written in Black English. He also wrote in the Midwestern regional dialect and became one of the first African-Americans writers to get global recognition. One of his best known works is the lyrics for the Broadway musical ‘In Dahomey.’ He had a short life of just 33 years but he wrote several popular novels and poetry in conventional English. The New York Times named him; ‘A true singer of the people white or black’. American Celebrities
Novelists
Black Poets
Black Writers
Black Novelists
Childhood & Early Life
Paul Laurence Dunbar was born on June 27, 1872 to Matilda and Joshua Dunbar, who were both enslaved in Kentucky before the “American Civil War.’ He had two step brothers from his mother’s previous marriage and one younger sister. His father escaped from slavery and joined the 55th Massachusetts Infantry Regiment. His parents separated after the birth of his sister; his father died when he was 13 years old.
His mother helped him in his schooling; she had learnt how to read and write to educate her children. She read them the Bible and hoped that Dunbar would become a minister in the ‘African Methodist Episcopal Church.’
He was an intelligent student and wrote his first poem at the age of six. He gave his first public recital when at nine and was the only African-American student to study at the Central High School in Dayton in his time.
He easily made friends and was popular among his classmates. He was a member of the school’s debate club and became the editor of the school’s newspaper. His work was recognised by his election to the post of president of the school’s literary society.
He published his poems ‘Our Martyred Soldiers’ and ‘On The River’ in ‘The Herald’ newspaper at the age of 16. While he was still completing his schooling he wrote and edited Dayton’s first African-American weekly newspaper, ‘The Tattler,’ which ran for six weeks.
Dunbar wanted to study law, but could not fulfil his wish due to limited finances and racial discrimination. This prompted him to concentrate on his writing as a full-time profession. 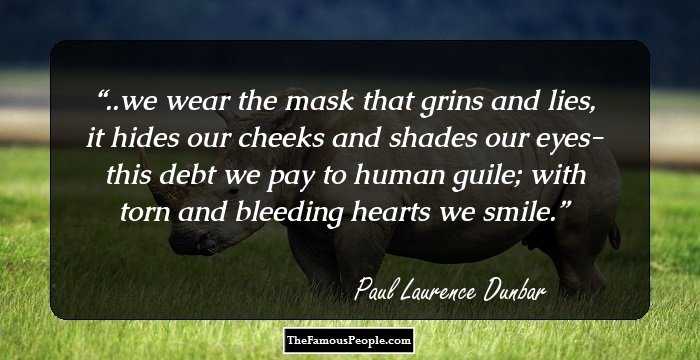 The Sexiest Men Of 2020, Ranked
Career
In order to support his mother, he started work as an elevator operator in 1891. During this period he published his first collection of poetry in a book called ‘Oak and Ivy’. He sold the copies to passengers on his elevator.
His work gained the attention of writers like James Whitcomb Riley and other well to do people who offered him financial assistance and helped him sell his book by giving him opportunities to read his poetry to large audiences. His second collection of verse, ‘Majors and Minors,’ was published in 1896.
His second book received positive reviews from the eminent editor and critic William Dean Howells which increased his popularity. His third book, ‘Lyrics of Lowly Life,’ was a collated version of his first two books with an introduction by Howells.
Dunbar released his first collection of short stories in a book titled ‘Folks From Dixie,’ in 1898. His stories highlighted racial prejudice and were widely read by people from all sections of society.
He became the first black writer to cross the colour line when he released his book titled ‘The Uncalled,’ in 1898. The book was about a white minister who had been abandoned as a child and brought up by a white spinster. The book did not gain favour with critics and turned out to be a commercial failure.
Dunbar collaborated with composer Will Marion Cook and playwright Jesse A. Shipp to write the lyrics of the first fully African-American musical comedy Broadway production, ‘In Dahomey.’ The show had a successful tour of England and the United States that ran over four years.
His works were published in leading journals like the ‘Harper’s Weekly,’ ‘Saturday Evening Post’ and the ‘Denver Post.’ He also travelled to England in 1897 and made recitals of his work in the London circuit. In London, he met composer Samuel Coleridge Taylor, who wrote the music for some of his poems, making them popular. 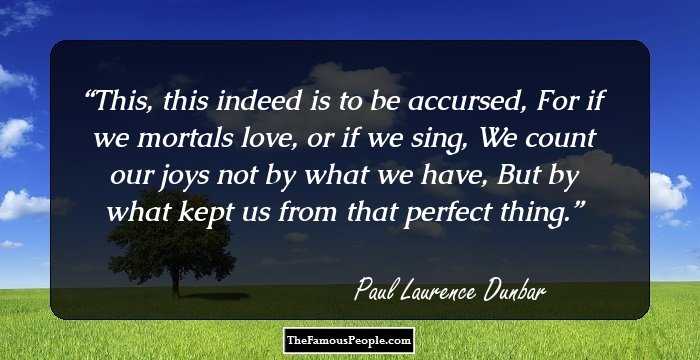 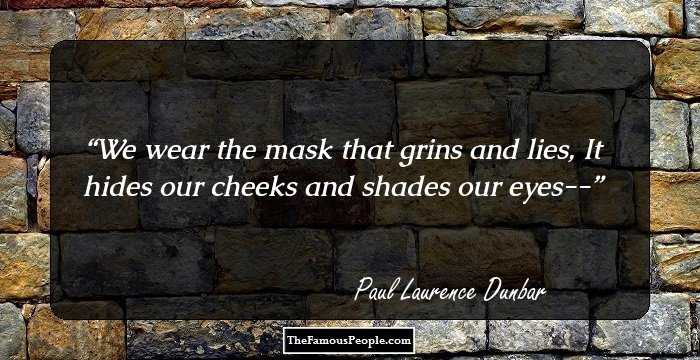 Personal Life & Legacy
Dunbar was a reckless spender and often did not get paid for his work due to which he was in debt in the mid-1890s. He had to struggle to meet his requirements and support his mother.
He married Alice Ruth Moore in March 1898, after his return from England. She was a teacher and poet who had graduated from ‘Straight University.’ The couple jointly wrote books that reflected their lives. His wife’s short story collection, ‘Violets,’ established her as a writer.
Dunbar moved to Washington DC to take up a job at a library. However, his wife convinced him to give up this job and concentrate on writing. He also attended ‘Howard University’ while in Washington DC.
He was diagnosed with tuberculosis in 1900, which was considered fatal in those days. He was advised to move to the colder climate of Colorado and drink more whisky to provide relief from the sickness. Depression drove him to alcohol dependence which further ruined his health.
His wife separated from him but did not divorce him. Dunbar returned to Dayton to live with his mother during the final days of his life. He died of tuberculosis on February 9, 1906, at a young age of 33. He was interred in the Woodland Cemetery of Dayton.
His work continues to inspire writers and composers who have used excerpts from his dialect poems to authenticate musical performances by African-American orchestras.
Trivia
Dunbar had a close association with black leaders and writers like Frederick Douglass and James D. Corrothers.
He was actively involved in the civil rights movement for uplifting African-Americans and attended several conventions on the subject.
His home has been preserved as Paul Laurence Dunbar House, and has been included in the ‘Dayton Aviation Heritage National Park.’
Several schools and institutions have been named after Dunbar, including Paul Laurence Dunbar High School, Baltimore, Maryland; and Dunbar Hospital, Detroit, Michigan.
Recommended Lists:
Writers #1938
You May Like