Patrick Henry Pearse was an Irish barrister, poet, writer, and republican political activist. He became the first president of the provisional Irish government proclaimed in Dublin in 1916. Besides becoming the president of the Irish Republic, Pearse also took charge of the Irish forces as its commander in chief during the Easter Rebellion. He worked dedicatedly in promoting the Irish language in the midst of British domination. In a bid to promote the language, Pearse published old Irish manuscripts along with his poems using idioms. To spread the Irish culture, he established the bilingual secondary school for boys St. Enda's School in Ranelagh, Dublin. As a young man, Patrick Pearse was an avid nationalist and started taking active part in the nationalist movements across Ireland. He joined the Irish Volunteers and started writing for them in their fight of securing rights for the Irish population. He became a member of the Irish Republican Brotherhood and opposed Britain before the start of World War I. Irish Celebrities
Political Leaders
Political Activists
Irish Men
Male Lawyers
Childhood & Early Life
Patrick Henry Pearse was born on November 10, 1879, in Dublin, Ireland, to James Pearse and Margaret Brady. His father was a stonemason and sculptor who had his own business on 27 Great Brunswick Street, the same place where the entire family lived. Later, the street was renamed in the family’s honor as Pearse Street.
Patrick Pearse’s mother was a politician who joined the left-wing republican political party Sinn Féin in her later years.
He had a sister named Margaret Pearse; she was also a politician, having joined the Fianna Fáil. He always had his brother, Willie Pearse, alongside him; Willie was also executed by the British along with Patrick. He had another sister as well.
Continue Reading Below
You May Like

Famous Beautiful Women With Green Eyes
Education
Patrick Pearse was deeply influenced by his mother who was initially a teacher. He completed his BA in modern languages (which included Irish, English and French) from the Royal University of Ireland.
He also studied at the University College Dublin and enrolled as a Barrister-at-Law at the King's Inns. In 1901, he was called to the bar council.
After completing his education, Pearse immediately joined the Irish nationalist newspaper ‘An Claidheamh Soluis’ as its editor in 1903. Two years later, Pearse would fight his first and his only legal battle, representing Neil McBride before the Court of King's Bench in Dublin.
Formation of St. Enda's School
Patrick Pearse was aware of the Irish struggle and its culture being dominated by the British. In his bid to spread the Irish culture and language among the Irish population, Pearse decided to establish a school for the young kids of Ireland. The idea was to spread the Irish language and liberate the young Irish minds.
He established the bilingual school for boys, St. Enda's School, which focused on teaching Irish and English. The school was built at Ranelagh, in the suburbs of County Dublin.
The Cullenswood House was used to establish the school initially, but two years later the school was shifted to The Hermitage in Rathfarnham, Dublin, which is now the house of Pearse Museum.
Patrick Pearse received a lot of support from his brother Willie Pearse, his mother Margaret Brady, and both his sisters, Margaret Pearse and Mary Brigid, in running the school. However, the cost of running the school proved to be too much for the Pearse family, especially Patrick, as he struggled to pay off his debts.
He was forced to ask for help and eventually went to the United States for fundraising. He received help from the exiled Irish political leader John Devoy and the Irish-American political activist Joseph McGarrity; both of them provided him with enough funds to continue operations for the foreseeable future.
Irish Volunteers & Irish Republican Brotherhood
In 1912, Patrick Pearse was vocal with his support for the Irish Home Rule Bill brought by the Irish Parliamentary Party leader, John Redmond. A year later in 1913, he was invited at the inaugural meeting of the Irish Volunteers which was formed to counter the unionist militia group Ulster Volunteers.
The leading member of the Irish Republican Brotherhood, Bulmer Hobson, swore Patrick Pearse into the secret oath-bound fraternal organization in 1913. Soon, he was promoted to the organization’s supreme council and became one of the few to be part of both the organizations.
In 1914, he became the Irish Volunteers' Director of Military Organization and also the highest-ranked member of the IRB.
Easter Rising
Patrick Pearse was the main voice behind commanding the volunteers in maneuvering throughout the country, announcing the beginning of the Easter Uprising. On April 24, 1916, Pearse read out the Proclamation of the Irish Republic to the volunteers at the General Post Office in Dublin.
Patrick Pearse was given the baton by the leading members of IRB and became the president of the republic. The following week saw violent fights which caused great loss of public life and property. The IRB was losing the fight and Pearse had to surrender to stop further damage.
Death & Legacy
Fifteen Irish Republican Brotherhood leaders were captured and were court-martialed. Besides Patrick Pearse, his brother Willie Pearse was also among the leaders who were court-martialed. They were sentenced to be executed by the firing squad.
On May 3, 1916, Pearse along with two other prominent leaders Thomas MacDonagh and Thomas Clarke was executed first. Pearse was just 36 years old at that time.
His ideas and poems were later scrutinized by many scholars and institutes, and some of them described his work as ‘proto-fascist’. When conflicts in Northern Ireland broke out, the Provisional Irish Republican Army used Pearse’s works for inspiration.
Recommended Lists:
Political Activists #86
Activists #361
Leaders #864
Lawyers & Judges #198
You May Like

See the events in life of Patrick Pearse in Chronological Order 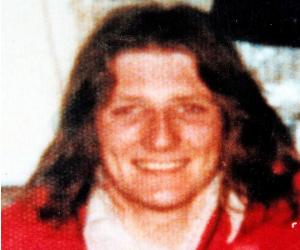