(The First and Only Indian to Become the Badminton World Champion)

P. V. Sindhu is an Indian professional badminton player who earned widespread fame after winning a silver medal in the 2016 Rio Olympics. With this win, she became the first and youngest Indian woman to win a silver medal at the Olympics. She also became the second Indian badminton player to win an Olympic medal after Saina Nehwal. In 2013, she won a bronze medal at the Badminton World Championships to become the first Indian women's singles player to do so. She repeated this feat the very next year by winning another bronze medal. She has already won a number of medals for her country, which helped her earn the nation's top two sports honors, the Rajiv Gandhi Khel Ratna and the Arjuna Award. She was also awarded the Padma Shri, India’s fourth highest civilian award, in March 2015. While being born to a family deeply rooted in sports might have helped her, according to her coach Pullela Gopichand, her determination and commitment to the game is the reason behind her success. Lin Dan
DID WE MISS SOMEONE?
CLICK HERE AND TELL US
WE'LL MAKE SURE
THEY'RE HERE A.S.A.P
Quick Facts

See the events in life of P. V. Sindhu in Chronological Order 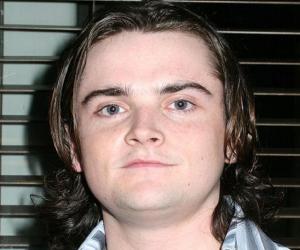