Lee Chong Wei is a Malaysian professional badminton player whose commendable performances in the game for many years have earned him the title ‘Dato’ and the status of a national hero. Throughout his career, he has won several gold medals, including the 2006 Commonwealth Games in Melbourne and the 2010 Commonwealth Games in Delhi. He won a silver medal in both the 2008 and 2012 Olympic Games, making him the sixth Malaysian to win an Olympic medal and the first Malaysian to reach the finals in the men's singles event. As a singles player, he was ranked World Number 1 for 199 successive weeks from August 2008 to June 2012. After Rashid Sidek and Roslin Hashim, he is the third Malaysian player to achieve this feat and is the only Malaysian badminton player to hold the number one position for more than a year. He won the prestigious Yonex All England Open titles in 2010 and 2011 in a row while in 2014 he won his tenth Malaysia Open title. He received several awards throughout his career honouring his achievements. His biography, 'Dare to be a Champion' was released in 2012 and is a bestseller in his country. Saina Nehwal
DID WE MISS SOMEONE?
CLICK HERE AND TELL US
WE'LL MAKE SURE
THEY'RE HERE A.S.A.P
Quick Facts 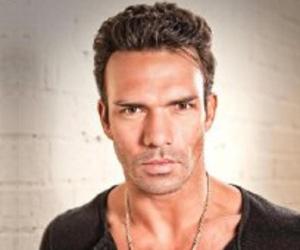