Advanced Search
Pullela Gopichand is an Indian former badminton player. In 2001, he won the All England Open Badminton Championships, becoming the second Indian to achieve this feat after Prakash Padukone. A recipient of the prestigious Arjuna award which is given to recognize outstanding achievement in national sports, he has also won several other accolades for his sporting achievements. He was interested in sports from a young age though early on his focus was more on cricket. It was only at the urging of his elder brother that he started playing badminton instead. Initially he played only for recreation but eventually started participating in, and winning competitions. He went on to serve as the captain of the Indian combined universities badminton team in 1990 and 1991 which made him realize that he wanted to pursue badminton on a professional level. His parents wanted him to become an engineer but he preserved and received training from the likes of Prakash Padukone and Ganguly Prasad. Following a successful career as a professional player he set up the Gopichand Badminton Academy to train upcoming Indian players of the sport. He was honored with the Padma Bhushan, India's third highest civilian award, in 2014. Lee Chong Wei
DID WE MISS SOMEONE?
CLICK HERE AND TELL US
WE'LL MAKE SURE
THEY'RE HERE A.S.A.P
Quick Facts

Indian People
Tall Celebrities
Tall Male Celebrities
Male Sportspersons
Indian Sportspersons
Childhood & Early Life
Pullela Gopichand was born on 16 November 1973, at Nagandla, Prakasam district, Andhra Pradesh, to Pullela Subash Chandra and Subbaravamma.
He was interested in sports from a young age. As a little boy he used to play cricket and took up badminton at the age of 11 on the encouragement of his elder brother. Even then, he played the sport only recreationally for some time before participating in competitions.
He completed his schooling from St. Paul's High School, Hyderabad. Then he earned his degree in public administration from A. V. College. An emerging talent in badminton, he served as the captain of the Indian combined universities badminton team in 1990 and 1991. In 1991 he was also selected for his state’s junior badminton team.
He wanted to become a professional badminton player. Even though he received support from his mother, he was also expected to appear for engineering exams. He flunked the test and decided to delve head-on into sports.
Continue Reading Below
Career
Pullela Gopichand won the junior national championship at age 18. As he began to enjoy success as a player, he realized the importance of receiving professional training. He moved to Bangalore (Bengaluru) where he was accepted into the Prakash Padukone badminton academy run by the legendary badminton player.
Gopichand was off to a good start but a series of knee injuries in the mid-1990s threatened to end his career. Especially serious was a severe injury he sustained in 1994. After a surgery performed by Dr Ashok Rajgopal to mend his knee, he found himself in constant pain and could not even walk properly for several months.
Determined to return to the sport he loved so much, he took up yoga and worked hard to regain his form. He made a remarkable comeback to win his first National Badminton Championship title in 1996, and went on to win the title five times in a row, until 2000. In 1996 he also won a gold medal in the SAARC badminton tournament and defended the crown next year.
He played professionally in Germany from 1997 to 1999, and represented India in three Thomas Cup tournaments. His good form helped him win two gold medals and one silver medal at the Indian national games, held at Imphal, in 1998. The same year he won a silver medal in the team event and a bronze medal in men's singles at the 1998 Commonwealth Games.
His streak of successes continued over the ensuing years and he won the Toulouze open championship in France and the Scottish open championship in Scotland in 1999. The same year also saw him emerge victorious at the Asian satellite tournament held at Hyderabad.
He reached the peak of his career in 2001 when he won the prestigious All England Open Badminton Championships at Birmingham. He beat then world No.1 Peter Gade in the semi finals and proceeded to defeat China’s Chen Hong 15–12 and 15–6 in the final match to lift the trophy. In doing so, he became the second Indian to achieve the feat after his mentor Prakash Padukone, who won in 1980.
Already 27 years old and struggling with a few injuries at the time of this resounding win, Gopichand knew he did not have much time left as a player. So he decided to focus his energies on founding a coaching academy for budding badminton players.
The Gopichand Badminton Academy, a badminton training facility in Hyderabad, was founded in 2008. The facility which is modeled after Prakash Padukone Badminton Academy, boasts of a world-class training facility. In addition, physiotherapy, food and diet programs are also available.
Major Works
He founded the Gopichand Badminton Academy to impart world-class training to emerging Indian badminton players. Several youngsters who received training at the academy went on to achieve international fame. These include: Saina Nehwal, Parupalli Kashyap, P. V. Sindhu, and Arundhati Pantawane.
Awards & Achievements
He won the Arjuna Award in 1999 and the Rajiv Gandhi Khel Ratna in 2001 in recognition of his sporting achievements.
The Government of India bestowed upon him the Padma Shri in 2005 and the Padma Bhushan—India's third highest civilian award—in 2014.
Personal Life & Legacy
Pullela Gopichand has been married to fellow badminton player P.V.V Lakshmi since June 5, 2002. The couple has two children; their daughter is also a budding badminton player.

See the events in life of Pullela Gopichand in Chronological Order 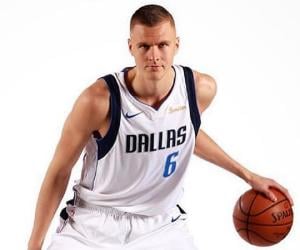 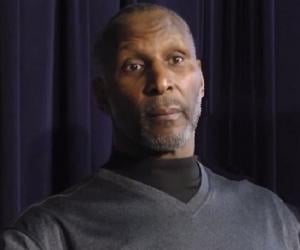