Olivier Sarkozy, born as Pierre Olivier Sarkozy, is a popular French banker based in America. He is best known for being the half-brother of former president of France, Nicolas Sarkozy as well as for being the husband of actress-turned- fashion designer, Mary-Kate Olsen. He is also famous for enabling Sallie Mae's (publicly traded corporation) $3 billion recapitalization. Starting his career in 1990, Sarkozy has come a long way as a banker. He has worked for several renowned corporations and organizations such as Dillon, Read & Co., UBS Investment Bank, The Carlyle Group LP, The TCW Group and Credit Suisse First Boston, to name a few. Currently, he is a trustee of University of St. Andrews American Foundation Scholarship. He also serves as one of the members of the Board of Directors of BankUnited. Talking about his personal life, the father of two is happily living with his kids and wife Mary-Kate Olsen.
Continue Reading Below French People
Tall Celebrities
Tall Male Celebrities
French Bankers
Gemini Entrepreneurs
Career
Olivier Sarkozy starred his banking career in the year 1990 with an appointment in Dillon, Read & Co, an American investment bank. He worked there for three years and then quit the job to join Credit Suisse First Boston (CSFB). At CSFB, he served as the managing director of the Financial Institutions Group and the Depository Institutions Group. Then in 2003, Sarkozy joined the UBS Investment Bank and became the Global Co-Head of Financial Institutions Group. At UBS, he enabled Sallie Mae's $3.0 billion and Canadian Imperial Bank of Commerce's $2.9 billion recapitalization respectively.
After this, the French banker was appointed Co-head, partner, as well as managing director of The Carlyle Group LP. In May 2016, Sarkozy resigned from the company. Currently, he is a trustee of University of St. Andrews American Foundation Scholarship. He also serves as one of the members of Board of Directors of BankUnited. Note that Sarkozy has also worked as a director at The TCW Group, Inc.
You May Like

French Business People
Gemini Men
Continue Reading Below
Personal Life
Olivier Sarkozy was born as Pierre Olivier Sarkozy on May 26, 1969 in France, to parents Pal Sarkozy de Nagy-Bocsa and Christine de Ganay. His father was earlier married to another woman and had three kids with her, including Nicolas and Guillaume Sarkozy. When Olivier Sarkozy was seven years old, his mother divorced his father and moved on to marry an American diplomat. This made him spend the ensuing years of his early life outside France. Later on, Sarkozy attended the University of St Andrews and earned his M.A. degree from there. He married freelance fashion writer, Charlotte Bernard, in 1997. The couple had two kids and got divorced in 2011. A year later, the banker started dating former TV star, Mary-Kate Olsen, and then got married to her in 2015.
You May Like 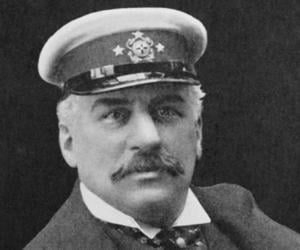