Oliver Goldsmith was undoubtedly one of the greatest poets, dramatists, playwrights and novelist of his time. Even his contemporaries abided by the same, except but a small fact that they never could figure out the reason why! This probably explains the enigma and the aura that Goldsmith’s writing and his persona carried all through. A graduate but with no distinction, Goldsmith had a long way to go before he earned his due share of fame, credit and popularity. His graduate degree though gained him a respectable position in the society; he failed to find a suitable profession in Church or law. Thus, he took up several menial jobs before hitting it right by being a hack writer for a publisher in London. No sooner, he found his true calling as a writer and started writing his own works. Some of his works that made him the personality that he is reckoned till date are ‘The Vicar of Wakefield’, ‘The Deserted Village’, ‘The Good Natur’d Man’ and ‘She Stoops to Conquer’. To know more interesting and intriguing facts about his childhood, life, career, profile ad timeline, read through the following lines. Jesse Eisenberg
DID WE MISS SOMEONE?
CLICK HERE AND TELL US
WE'LL MAKE SURE
THEY'RE HERE A.S.A.P
Quick Facts

epitaphs: Who left nothing of authorship untouched, and touched nothing which he did not adorn.

British People
Trinity College Dublin
University Of Edinburgh
Male Writers
Scorpio Writers
Childhood & Early Life
There is no specific information as to when was Oliver Goldsmith actually born. However, based on a Library of Congress authority file and his word of mouth, it is speculated that he was born on November 10, 1728
Born in an Anglican-Irish family, his father was a curator of the parish of Forgney. It was when young Goldsmith turned two that his father attained the service of the rector of the parish of "Kilkenny West" in County Westmeath, which resulted in the family shifting base to the parsonage at Lissoy.
In 1744, he enrolled at the Trinity College in Dublin to study theology and law. However, he soon drifted away from studies and found himself rank at the below most position in the class.
Furthermore, he was expelled from his class in 1747 along with four other undergraduates for attempting to storm the Marshalsea Prison. Two years later, he finally graduated as a Bachelor of Arts, however, without a discipline or distinction that otherwise would have gained him a direct entry to a profession in the church or the law. 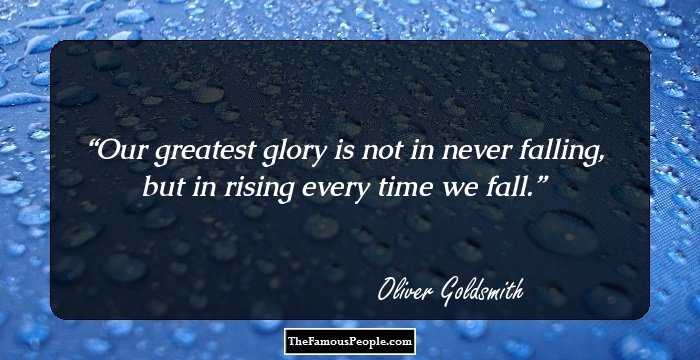 Quotes: Never, Time
Continue Reading Below
Career
He thoughtlessly spent away the after-graduation years trying various professions without any success. For three years, from 1752 until 1755, he studied medicine at the University of Edinburgh but without much interest. Later on, he set on a walking tour moving across Flanders, France, Switzerland and Northern Italy.
In 1756, he settled in London for a brief duration of time where he took upon various jobs to earn a livelihood, including that of an apothecary’s assistant and an usher of a school. He even contributed as a hack writer for a publisher in London, reviewing, translating and compiling materials.
During his time as a hack writer, he contributed much for Ralph Griffith’s ‘Monthly Review’. Unlike other hack writers of his generation, he had the inherent talent of coming up with graceful, lively, and readable style work.
Within a short span of time, from being the once-obscure and relatively less known writer, he emerged to walk along and shake hands with the aristocrats and the intellectual elites of London.
He often used the pseudonym James Willington during the early days of his writing. In 1758, he published the translation of the autobiography of the Huguenot Jean Marteilhe.
In 1759, he came with a minor work titled, ‘Enquiry into the Present State of Polite Learning in Europe’. Following year, i.e. in 1760, he started publishing ‘The Citizen of the World’ in the Public Ledger, a magazine run by John Newberry. The letters provided a fictional perspective and moralistically and ironically commented on the British society and manners. These essays were initially claimed to be written by a Chinese philosopher Lien Chi.
Against all odds, these letters were neither original in method as both Montesquieu and Horace Walpole had used it, nor in content as some of the passages were directly lifted by the works of several writers based in China or Persia due to tedious deadlines but nevertheless managed to succeed. To date, they remain as one of the most dexterous and ironic comments on society of his time. .
It was the popularity of the Chinese Letters that made him a prominent figure in the literary circle of London. He became friends with some of the most talented, gifted and abled writers and artists of the generations including, Reynolds, Samuel Johnson, Garrick, Burke, Percy and so on.
In 1764, he was one of the nine founder-members of the famous ‘Club’, a select body, including Reynolds, Johnson, and Burke, which met weekly for supper and talk.
Continue Reading Below
In 1765, he came up with a 160 lines romantic ballad titled, ‘The Hermit’. It portrays the love story of two protagonists, a girl and a boy who eventually fall in love. This poem appears under the title of ‘A Ballad’ sung by the character of Mr. Burchell in Chapter 8 of Goldsmith's novel, The Vicar of Wakefield.
Unlike the bygone days, the positive reception of his work guaranteed him a stable income. However, his extravagant spending made him run under debt which propelled him to take up more hack work. In 1770, he published the poem, ‘The Deserted Village’ the theme of which was inspired by the 1760s demolition of an ancient village and destruction of its farms to adhere to the fancies of a wealthy man who wanted a garden in place. The poem describes that the conversion of land from productive agriculture to ornamental gardening would not only ruin peasantry, but the means of livelihood of all.
As such, to curb his debts pile, he produced histories of England and of ancient Rome and Greece, biographies, verse anthologies, translations, and works of popular science. In the same, he generally re-modelled the work of others with his ability of fine writing. 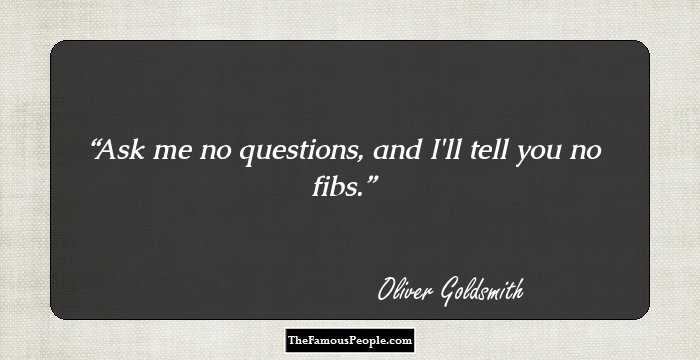 Quotes: You, Me
Personal Life & Legacy
He died prematurely in 1774 due to his self-misdiagnosis of his kidney infection. He was buried in Temple Church in London.
Posthumously, the place where he lived has a lane and a school named after him.
Several statues dedicated to him have been built and stand as the testimony of his greatness as a writer. While one is located at the Front Arch of Trinity College Dublin, there is one in Ballymahon County Longford and one in Westminster Abbey.
A lecture theatre and student accommodation at Trinity College was named Goldsmith’s Hall, while the library at Athlone Institute of Technology is named Goldsmith Library.
Furthermore, he has to his credit London Underground locomotive number 16 which is known as Oliver Goldsmith. A Longford-based band Goldsmith is named after the famous writer.
Trivia
Interestingly, this Anglo-Irish writer of ‘The Vicar of Wakefield’ fame envied everyone, right from his contemporaries to his critics. He could not bear a praise of anyone else and as such, would discharge the feeling by making a joke of the admiration or a mockery of himself. 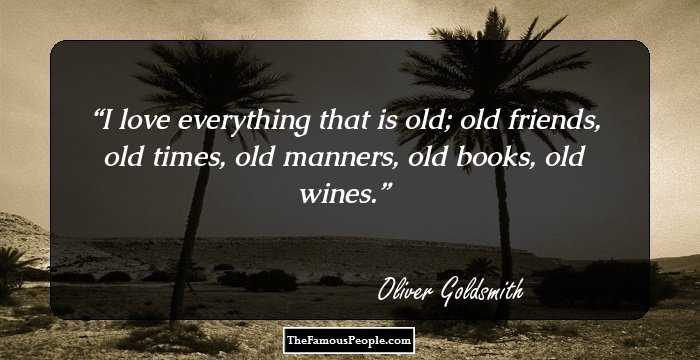 Quotes By Oliver Goldsmith | Quote Of The Day | Top 100 Quotes

See the events in life of Oliver Goldsmith in Chronological Order 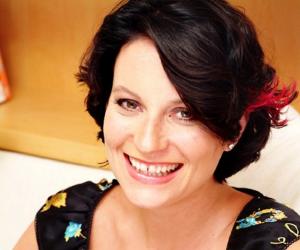