(One of the Most Important Figures in Urdu and Persian Literature)

Sir Muhammad Iqbal, also famously known as Allama Iqbal, was a famous poet, philosopher, lawyer and politician from British India. He is believed to be the inspiration behind the historical ‘Pakistan Movement’, in which he was one of the few leaders who first conceived the idea of Pakistan as a different nation for the Muslims. Iqbal was a very learned man who did a considerable part of his studies in India and some in England and Germany, where he was introduced to the philosophies of Goethe, Heine and Nietzsche. While studying abroad, he became a member of the London branch of the All India Muslim League. Iqbal practiced law in India for sometime after returning and later entered politics and was known for his legal expertise, political ideologies and groundwork and philosophical theories - he is fondly remembered as a great poet and scholar. With his books like, ‘Rumuz-i-Bekhudi’, ‘Zabur-i-Ajam’, etc. he became one of the most important contributors to the Urdu literature. For his talents and extraordinary personality, he was knighted by King George V in 1922. Thomas Kuhn
DID WE MISS SOMEONE?
CLICK HERE AND TELL US
WE'LL MAKE SURE
THEY'RE HERE A.S.A.P
Quick Facts

Pakistani Celebrities
Philosophers
Pakistani Men
Heidelberg University
Trinity College, Cambridge
Childhood & Early Life
Muhammad Iqbal was born in Sialkot, in the Punjab Province of British India to Sheikh Noor Muhammad and Imam Bibi. His father was not an educated man and worked as a tailor while his mother was a homemaker.
At the age of 4 Iqbal was introduced to religious studies and was sent to mosque to learn Qur’an. He learnt Arabic language at Scotch Mission College in Sialkot and pursued his intermediate from the Faculty of Arts, Murray College.
In 1895, Iqbal enrolled in Government College Lahore for his bachelors’, to study philosophy, English literature and Arabic. He also received his Masters of Arts degree from the same college and secured number one position in Punjab University, Lahore. 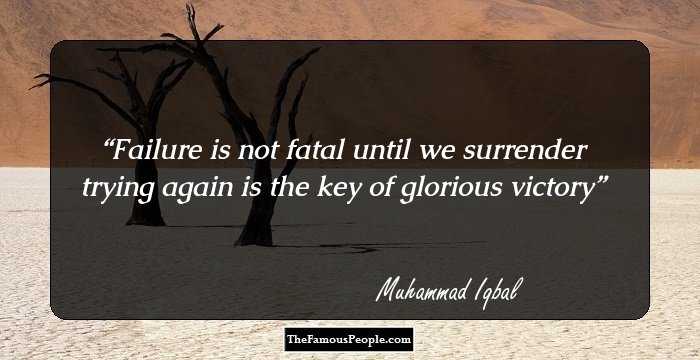 Continue Reading Below
Career
Iqbal finished his Masters of Arts Degree and started his academic career as a reader of Arabic at Oriental College but within a short period of time, he became a junior professor of philosophy at Government College Lahore.
Iqbal opted for higher studies in the West and travelled to England to study on a scholarship from Trinity College, Cambridge, and received his Bachelors of Arts degree from the same in 1906.
In 1907, he went to Germany to pursue doctorate and earned PhD degree from the Ludwig Maximilian University, Munich. During the process, he got his doctoral thesis ‘The Development of Metaphysics in Persia’ published.
He returned to India and became an assistant professor at Government College, Lahore but the job did not provide enough financial support which is why he decided to turn to practice of law. He practiced as a lawyer from 1908 to 1934.
In 1919, he became the general secretary of Anjuman-e-Himayat-e-Islam, an Islamic intellectual and political organization based in Lahore, Pakistan, which he was an active member of many years before gaining this position.
In 1927, Iqbal was elected to the Punjab Legislative assembly and was later elected to preside over the session of the Muslim League. It was in these positions that he for the first time introduced the idea of ‘Pakistan’.
Due to his failing health, Iqbal stopped practicing law altogether in 1934 and was honored with a pension by the Nawab of Bhopal. He dedicated his life to his own spiritual upliftment and contributing to the Persian and Urdu literature.
Some of the books written by Iqbal are: ‘Payam-i-Mashriq (1923)’, ‘The Reconstruction of Religious Thought in Islam (1930)’, ‘Javid Nama (1932)’, ‘Pas Cheh Bayed Kard ai Aqwam-e-Sharq (1936)’, ‘Bal-i-Jibril (1935)’, ‘Zarb-i-Kalim (1936)’, etc. 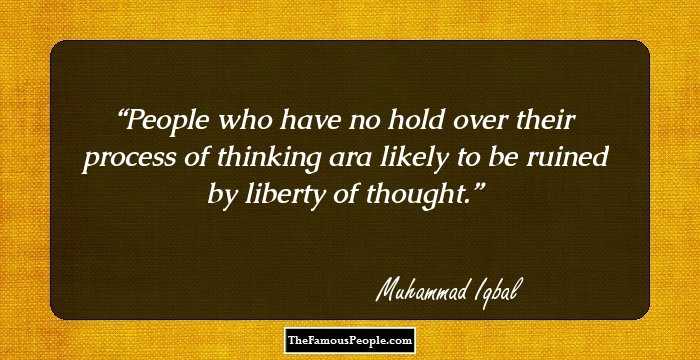 Continue Reading Below
Major Works
Iqbal was known for his legal expertise and political ideologies, but it was as a poet that he is still fondly remembered. With books like, ‘Rumuz-i-Bekhudi’, ‘Zabur-i-Ajam’, etc. his contribution to Urdu literature is immense.
Personal Life & Legacy
Iqbal married three times in his life: his first marriage (1895) was with Karim Bibi and he had two children with her - Miraj Begum and Aftab Iqbal. His second marriage was with Sardar Begum and third with Mukhtar Begum (1914).
He died in 1938 in Lahore after suffering for many years from various illnesses, which started with a mysterious throat illness that he developed on his trip to Spain and Afghanistan. His tomb was erected in Hazuri Bagh, Pakistan. 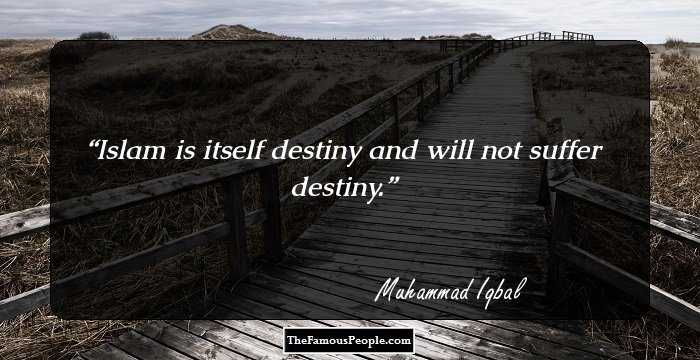 Trivia
He is regarded as the ‘Shair-e-Mashriq’ in most of Southeast Asia. He is also called ‘Muffakir-e-Pakistan’ and ‘Hakeem-ul-Ummat’.
He is Pakistan’s National Poet and his birthday is a national holiday there.
He is the author of ‘Saare Jahan Se Achcha’.
In Iran and Afghanistan he is famous as ‘Iqbal-e Lahori.
His son Javid Iqbal served as a justice on the Supreme Court of Pakistan.
Many public institutions in Pakistan are named after him. Some of them are the Allama Iqbal Campus Punjab University in Lahore, the Allama Iqbal Medical College in Lahore, Iqbal Stadium in Faisalabad, Allama Iqbal Open University in Pakistan, etc.
Recommended Lists:
Intellectuals & Academics #801

Quotes By Muhammad Iqbal | Quote Of The Day | Top 100 Quotes

See the events in life of Muhammad Iqbal in Chronological Order