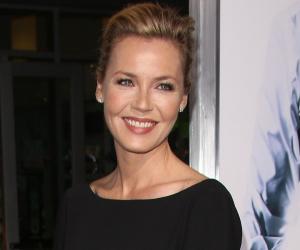 Who is Morten Andersen?

Morten Andersen is a Danish-American retired American football kicker, who, during his 25-year-long National Football League career, played for some of the best teams in the league, including the New York Giants, Atlanta Falcons, and Minnesota Vikings. A native of Copenhagen, Andersen played various sports when he was younger. He was a gymnast and long jumper, as well as a soccer player. In 1977, he first came to US for a visit and had his first experience with football. He subsequently attended Michigan State University on a scholarship, where he was an All-American. Andersen made his NFL debut in 1982 for the New Orleans Saints. One of the greatest kickers in the history of the sport, he holds the record of most games played, 382. he received two Golden Toe Awards and was named to the Pro Bowl seven times. Out of 709 field goal attempts, he scored 565 with an average of .797 per game. In 2017, Andersen was inducted into the Pro Football Hall of Fame. American Men
Danish Men
Michigan State University
Tall Celebrities
Childhood & Early Life
Born on August 19, 1960, in Copenhagen, Denmark, Morten Andersen is the son of Hanne and Erik Andersen. He grew up with his twin brother Jakob, in the west Jutland town of Struer, Denmark.
As a student, he participated in several sports, from gymnastics to long jump to soccer. He could have been part of the Danish junior national soccer team, a chance he missed narrowly.
In 1977, during his visit to US as a Youth For Understanding exchange student, he randomly kicked an American football at Ben Davis High School in Indianapolis. He subsequently played one season of high school football before receiving the scholarship to Michigan State University.
Andersen was a star footballer at Michigan State. He created several records and received the All-American accolade in 1981. During the 1982 NFL Draft, he was picked 86th in the fourth round by the New Orleans Saints.
Continue Reading Below
You May Like

Tall Male Celebrities
Male Sportspersons
Danish Sportspersons
American Sportspersons
Career
Morten Andersen encountered some troubles in his early days in NFL. He sustained an ankle injury on his first kick-off in the 1982 season and was forced to spend eight weeks on the side-lines. Despite this, he was able to establish himself as one of the strongest and most reliable kickers in the NFL.
In the 12 seasons he spent with the Saints, he was included in six Pro Bowls (1985-88, 1990, 1992), won a Golden Toe Award (1986), kicked 302 field goals, and scored 1318 points.
The Saints let him go in 1994, and he joined the Atlanta Falcons for his first spell with the team. At the time, his critics had begun saying that his best days were behind him. He categorically proved them wrong by being included in the Pro Bowl as well as winning his second Golden Toe Award in 1995.
In a game against the Saints in December 1995, he kicked three field goals of over 50 yards, becoming the first player in the NFL history to do so.
In 1998, Andersen scored a game-winning field goal in overtime in the NFC Championship Game against the Minnesota Vikings, leading his team to their debut Super Bowl appearance.
In the Super Bowl XXXIII game that was played at Pro Player Stadium in Miami Gardens, Florida on January 31, 1999, the Falcons lost the match to the Denver Broncos 34-19.
Anderson played the 2001 season for the New York Giants, appearing in 16 games and scoring 23 out of 28 attempted goals. He then played two seasons for the Kansas City Chiefs. In the 2004 offseason, rookie Lawrence Tynes outperformed him, and he was let go by the Chiefs for the final roster cut.
Although the strength of his leg gradually diminished as he got older, he kept on scoring field goals. He was part of the Minnesota Vikings’ roster in the 2004 season, playing 16 games and scoring 18 out of 22 attempted field goals.
Anderson played the last two seasons (2006 and 2007) of his career for his old team, the Atlanta Falcons. In his final season, he played 14 matches and scored his career-best of 25 out of 28 attempted field goals.
In the 2008 season, no team approached him with a contract. After waiting until 8 December, he announced his retirement. If he had continued his career to play on or after 6 December, he would have become the oldest NFL player to play, breaking the record set by George Blanda three decades earlier.
When he retired, he held the all-time scoring record with 2,544 career regular-season points. This was later broken by Adam Vinatieri.
Recommended Lists:

American Football
Danish Film & Theater Personalities
American Film & Theater Personalities
Leo Men
Family & Personal Life
Morten Andersen is married to a lady called Jennifer. They have two sons together, Sebastian and Aiden.
Since retiring in 2008, Andersen has founded a company named Morten Andersen Global. An active member of his community, he devotes much of his efforts in expanding the Morten Andersen Family Foundation, which provides financial backing to quality-of-life programs for children both in his locality and around the nation.
Anderson is affiliated with Special Teams for Special Ops, which organises fundraisers to support wounded special operation soldiers and their families.

See the events in life of Morten Andersen in Chronological Order