Herschel Walker is a retired American football player and politician considered as one of the best college football players of all time. He has played various sports such as American football, sprinting, and mixed martial arts. Born and raised in Augusta, Georgia, Herschel grew up in difficult circumstances. He was an overweight kid and also suffered from a speech impediment in his childhood days. He courageously overcame these issues through strong determination, willpower, and continuous effort and later became one of the best high school athletes in the country in track and field and as a football running back. Following his high school graduation, he enrolled at the University of Georgia on a football scholarship and won consensus All-American honors three times during his college career. He also won the 1982 Heisman Trophy and was a strong contender two others times. Being counted as one among the best football players of all time, Herschel played in the United States Football League (USFL) for the New Jersey Generals and later joined NFL’s Dallas Cowboys. He played exceptionally well; however, he was never a part of a major title-winning team. He played for the NFL teams such as Minnesota Vikings, Philadelphia Eagles, and New York Giants. In 1999, he was inducted into the College Football Hall of Fame. Herschel Walker was born on March 3, 1962, in Augusta, Georgia, to Willis and Christine Walker into a financially backward family. He was born as one of seven children of his parents.

Herschel grew up in Wrightsville, Georgia. He was an obese child through the first 11 years of his life and was physically very inactive. He showed little interest in sports and was not an athletic kid. He seldom went out of his house; instead, he spent most of his time reading books and poetry at his home.

He had stuttering issues in his childhood. In addition, he dealt with other health problems, such as nosebleeds and joint disorders. He had faced a lot of bullying at school, which has led to severe self-image issues. As a result, he had a very hard time fitting in with other kids at his school.

However, by the time he was in the seventh grade, he had decided to turn his life around. He began sprinting hard, controlled his diet, and cut down a lot of weight in just one year. In addition, he also practised speaking in front of the mirror for hours to overcome stuttering. He gave most of the credit for his newfound motivation to his mother and said that she was the one who inspired him to love himself and be physically fit.

By the time Herschel was in junior high school, he had become a marvellous athlete. He began playing football and run track. The positive results also reflected in academia, and he graduated in Johnson County High School with a football scholarship.

He had become a pro footballer by the time he was in the high school team called Johnson County Trojans where he was the star athlete. He helped his team to secure a win at the state championship title, which was their team’s first victory ever in the tournament. In 1979, he was awarded the Dial Award and was honored with the national high school scholar-athlete of the year.

He also received the Academy’s Golden Plate Award in 1981 for his exceptional performances as a high school athlete. He had also joined the school’s track and field team and won many tournaments in the shot put, 100-yard dash, and 220 yard-dash.

Following his high school graduation, he enrolled at the University of Georgia on a football scholarship. He played as a running back for his college team and won a Heisman Trophy and the Maxwell Award for his outstanding performances in college football. For the Heisman Trophy, he was a contender in all three of his collegiate years, becoming the first-ever student in the NCAA history to achieve the feat.

In the 1981 Sugar Bowl Championship, he led his team to a victory. He was the first “true freshman” who was included in the first-team All-American. Later, in 1999, he was inducted into the College Football Hall of Fame and is widely considered as one of the greatest college-level footballers.

He was among the most sought-after football players following his performances at the collegiate level. Herschel openly announced that he would not play in the National Football League unless it was with the teams Dallas Cowboys or the two New York teams. Instead, he chose the USFL to start his professional career with.

In 1983, he signed with the team New Jersey Generals, which was owned by businessman J. Walter Duncan. However, in the 1984 season, the team was purchased by Donald Trump. In his first year with the team, Herschel only secured endorsement deals with Adidas and McDonald’s.

In the 1983 and 1985 seasons, playing for the New Jersey Generals, Herschel won the rushing title. In 1985, he scored 2,411 rushing yards, which was a single-season rushing record by any player. He scored with an average of 5.50 yards per attempt in a total of 18 games. Throughout his USFL career, Herschel was one of the top players in the league, averaging 4.87 rushing yards in total until he ended his stint with the USFL.

Dallas Cowboys of the NFL saw Herschel’s impressive performance and knowing that he had earlier expressed his interest in playing for the team, they selected Herschel in the fifth round of the 1985 NFL Draft.

In the season opener in 1986, while playing for his new team, Herschel scored the winning touchdown in a game against the New York Giants. Later, in a game against the Philadelphia Eagles, he set the franchise record of 292 yards of total offense. However, his playing position kept transitioning between the running back, fullback, and wide receiver, which he did not like as it negatively impacted his game. He eventually took over the team’s main running back.

In the 1988 season, he was at the top of his game. He scored 505 receiving yards and 1,514 rushing yards in the season and played seven different positions. In the 1987 and 1988 seasons, he made it to the Pro Bowls. He, however, kept changing his playing positions between the games.

In 1989, when he was in his best career form, he was moved to the Minnesota Vikings team from the Cowboys. The team was considered weak by NFL standards. Immediately after joining, Herschel delivered his best performance. In the debut game against Green Bay Packers, he scored 148 yards on 18 carries. He also scored 100 rushing yards in the game, thus becoming the first Viking to rush for over 100 yards since the early 1980s.

He later joined the Dallas Cowboys, and by the end of the 1997 season, he announced his retirement from professional football.

In November 2007, he joined the mixed martial arts news show Inside MMA as a guest. Walker debuted in MMA in 2010 after going through an intense training of 12 weeks. He played two professional MMA games, and he won in both games.

In addition, he has appeared on television reality shows such as Rachael vs. Guy: Celebrity Cook-Off and Celebrity Apprentice.

Herschel Walker dated Cindy DeAngelis Grossman for a few years, and they got married in 1983. They knew each other from college. They had a son together, named Christian. They got officially divorced in 2002.

His relationship with Julie M. Blanchard became public in 2010. The couple announced their engagement in 2011. He currently resides in Westlake, Texas, with Julie.

Herschel declared that he is an ardent Christian and that his faith plays a crucial role in his life.

He was diagnosed with dissociative identity disorder in 2001, which he also mentioned in his 2008 book Breaking Free: My Life with Dissociative Identity Disorder. He is a mental health advocate at the Patriot Support Program.

He is a Republican through his political inclination.

See the events in life of Herschel Walker in Chronological Order 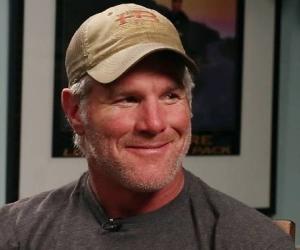