Michael Cacoyannis was a distinguished Greek Cypriot film director, producer and screenwriter considered as one of the prominent torch bearers of Greek cinema in the international platform. He was most noted for the film ‘Zorba the Greek’ (‘Alexis Zorbas’) made in 1964 that drew international audience to Greek cinema. The film bagged several nominations including seven ‘Academy Awards’, of which it won three; one ‘Grammy Award’; five ‘Golden Globe Award’; and four ‘BAFTA’ awards. He was also a director of operas and stage plays that included a 1983 musical version of the ‘Zorba the Greek’. Several of his works were based on classical books, particularly the ones from the Greek tragedian Euripides. Over the years he had delivered a number of remarkable films that were both critically acclaimed and also garnered commercial success. Some notable films of Cacoyannis included ‘Windfall in Athens’ (‘Kyriakatiko xypnima’), ‘Stella’, ‘A Girl in Black’ (‘To koritsi me ta mavra’), ‘A Matter of Dignity’ (‘To telefteo psemma’), ‘Electra’, ‘The Wastrel’ (‘Il Relitto’) and ‘Iphigenia’. Among other awards and achievements he earned five ‘Academy Awards’ nominations, a record in itself for any Cypriot film personality. These included three for ‘Zorba the Greek’ for Best Film, Best Adapted Screenplay and Best Director; and one each in the category of Foreign Language Film for ‘Iphigenia’ and ‘Electra’. 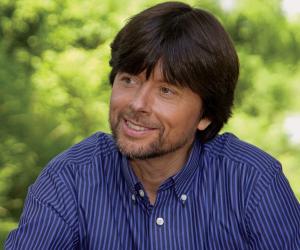 Malcolm Washington
Directors #2476
Film & Theater Personalities #20325
DID WE MISS SOMEONE?
CLICK HERE AND TELL US
WE'LL MAKE SURE
THEY'RE HERE A.S.A.P
Quick Facts

Greek Celebrities
Greek Directors
Greek Film & Theater Personalities
Gemini Men
Childhood & Early Life
He was born on June 11, 1921, in Limassol, Cyprus, as the eldest son of Sir Panayotis Loizou Cacoyannis and Lady Cacoyannis.
The government of the United Kingdom conferred knighthood to his father in 1936 for public services in Cyprus.
His father sent him to London in 1939 in pursuit of making him a lawyer. He graduated in Law from London and was called to the Bar (Barrister-at-law) in 1943.
Continue Reading Below
You May Like

Famous Beautiful Women With Green Eyes
Career
Cacoyannis joined the ‘BBC World Service’, the largest international broadcaster of the world, and within a short span of time took charge of the broadcaster’s newly set up Cyprus service.
Initially he worked as a news announcer at the Cyprus service of BBC and later became a producer of cultural programs. Beba Clerides worked as his deputy there. She was sister of Glafkos Clerides, a RAF fighter pilot who later became President of Cyprus.
During the ‘Second World War’, Cacoyannis produced several Greek-language shows for the ‘BBC World Service’. Simultaneously he attended the Central School of Dramatic Art in London to study acting.
For a brief period he performed at the ‘Old Vic’, a theatre situated south-east of Waterloo Station in London, adopting the name Michael Yannis. However later he switched his focus on direction.
As he was struggling in getting a proper opening as a director in the British film industry, he relocated to Greece in 1952 and settled in Athens.
He made his debut in film direction with the 1953 Greek comedy ‘Windfall in Athens’ starring Ellie Lambeti and Dimitris Horn among others. It entered the ‘Cannes Film Festival’ that year. The success of the film was only an unwritten and unvoiced manifesto of the remarkable career of the filmmaker of such international calibre that was well weaved over the years.
His next film was ‘Stella’ (1955) where he introduced yesteryear diva Melina Mercouri. Although the film raised great controversy and was rebuffed by the critics circle, it became a commercial hit and at present is counted among five greatest Greek films.
The 1956 drama ‘A Girl in Black’ where he contributed in directing and screenwriting remained one of the first Greek films to garner international recognition. It bagged the Best Foreign Language Film award along with five other films at the 14th Golden Globe Awards and also earned a nomination for a Golden Palm Award at the 1956 Cannes Film Festival.
Many other films of Cacoyannis followed including ‘A Matter of Dignity’ (1957), ‘Eroica’ (1960), ‘The Wastrel’ (1961) and ‘The Day the Fish Came Out’ (1967); however his masterpiece, a British-Greek drama film, ‘Zorba the Greek’ (‘Alexis Zorbas’) happened in 1964. He was director, screenwriter as also producer of the film that was based on Nikos Kazantzakis’ novel titled ‘Zorba the Greek’ and starred Anthony Quinn in the title role. The film was a smashing hit not only in the US but also worldwide and was recorded as the 19th highest grossing film of 1964. The film bagged seven ‘Academy Awards’ nominations of which three were for Cacoyannis namely, Best Director, Best Picture and Best Screenplay Based on Material from Another Medium. Finally it won three Academy Awards for Best Supporting Actress, Best Art Direction (Black-and-White) and Best Cinematography (Black-and-White).
Continue Reading Below
In 1962 he made ‘Electra’, the first film of his ‘Greek tragedy’ trilogy based on the play by Euripides bearing same title. The film entered that year’s ‘Cannes Film Festival’ and won the Best Cinematic Transposition award. It fetched Cacoyannis the best film and best director awards at the ‘Thessaloniki Film Festival’ and also earned ‘Academy Awards’ nomination for Best Foreign Language Film.
The second one of this trilogy was the 1971 drama ‘The Trojan Women’ starring Katharine Hepburn and Vanessa Redgrave. Hepburn received the Best Actress award from the ‘Kansas City Film Critics Circle Award’.
The final one of the trilogy was the 1977 film ‘Iphigenia’, which was based on the Greek legend of Iphigenia, the daughter of Clytemnestra and Agamemnon who the goddess Artemis instructed to be sacrificed. It received the Best Film Award at the 1977 ‘Thessaloniki Film Festival’ and the 1978 ‘Belgian Femina Award’ and was nominated for the ‘Palme d'Or’ at the 1977 ‘Cannes Film Festival’ apart from a Best Foreign Language Film nomination from the ‘Academy Awards’.
Over the years he has worked with some of the most successful and renowned actors of the Greek, Hollywood and European film industries. His other notable films were ‘Attilas '74’ (1975), ‘Sweet Country’ (‘Glykeia patrida’) (1986) and ‘The Cherry Orchard’ (1999) among others.
Apart from being an internationally famed filmmaker, he was also a noted stage and opera director who had successfully delivered several critically acclaimed stage productions in the US, Greece, France and many other European nations. He published many screenplays, translated Shakespearean plays like ‘Hamlet’, ‘Coriolanus’ and ‘Antony and Cleopatra’ into Greek and also Euripides' play ‘The Bacchae’ into English. He has also penned down lyrics of several well-known Greek songs that are cherished till present.
He played an instrumental role in the sensational new illumination of the Acropolis. In this pursuit he inducted renowned French Engineer Pierre Bideau in 2001 and also set up the Athens Friends Union. The donation from the union as well as some aid from the financial group UBS, helped conduct a study for the illumination of the Acropolis, and also for the Hellenic Parliament, Lycabettus Hill, Hadrian's Arch and the Olympian Zeus Columns.
The project later received support from the Ministry of Culture and the City of Athens and by 2004 the new illumination of the Acropolis was in place.
He was declared an Honorary Citizen of Dallas, Montpellier and Limassol. He was also conferred Honorary Doctorates from the ‘Aristotelio University of Salonica’, ‘Cyprus University’, ‘Athens University’ and ‘Columbia College’ (Chicago).
Personal Life & Legacy
Cacoyannis was romantically associated with Yael Dayan, an Israeli politician and author from 1959 to sometime in 1967.
On July 25, 2011, he passed away in Athens at the age of 90 years.
You May Like

See the events in life of Michael Cacoyannis in Chronological Order 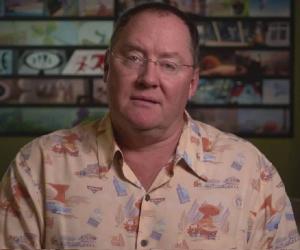 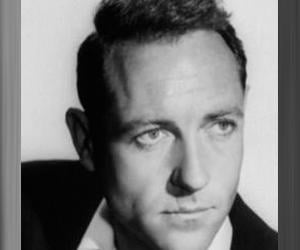