Advanced Search
Alexandra Hedison is an American photographer, actress, and director. Her photography work is displayed in exhibitions in several museums and galleries across the USA and Europe in cities like New York, London, and Los Angeles. She is also known for publishing a series of books related to photography and art. As an actress, Hedison has appeared in a number of movies such as 'Sleep with Me' 'The Rich Man's Wife', and ‘Tomorrow Never Dies’, to name a few. She is also known for appearing in several TV dramas including ‘The L Word’, 'Lois & Clark: The New Adventures of Superman', 'Melrose Place ', 'Any Day Now' and 'Nash Bridges'. As a director, the American beauty has directed the animated flick ‘In the Dog House’ as well as the documentary ‘The Making of Suit Yourself’. Hedison, who once co-chaired the Hammer Museum's ‘Gala in the Garden,’ is a lesbian. Currently, she is married to actress Jodie Foster. 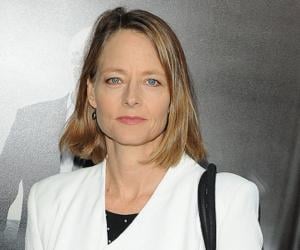 American People
Photographers
American Women
California Actresses
University Of California, Los Angeles
Career in Photography
In 2002, Alexandra Hedison first exhibited her work on abstract landscapes at the Rose Gallery in Los Angeles. She then came out with her project ‘Ithaka’, a series of large format pictures. Ithaka was exhibited in The New Yorker's Passport to the Arts in 2008 and in the Month of Photography Los Angeles a year later. It was also exhibited at the Frank Pictures Gallery in Santa Monica, California.
In 2010, Hedison’s solo show titled ‘In the Woods’ was displayed at the Meredith Gunderson Projects in London. Two years later, her project ‘Everybody Knows This Is Nowhere’ was presented at a solo show in Beverly Hills, California. Soon after this, Hedison was chosen for the ‘My Aim Is True’ exhibition in Los Angeles along with William Eggleston, Sebastião Salgado, Vivian Maier, Cindy Sherman, Cy Twombly, Taryn Simon, Andy Warhol, and Diana Walker.
In 2016 the American photographer’s work was exhibited in Kopeikin Gallery’s ‘Both Sides of Sunset - Photographs of Los Angeles’ in Los Angeles.
Recommended Lists:

Cancer Actresses
American Actresses
American Directors
Female Film Directors
Continue Reading Below
Acting & Direction
Alexandra Hedison has acted in several movies and TV dramas including 'Sleep with Me', 'Lois & Clark: The New Adventures of Superman', 'Melrose Place', 'The Rich Man's Wife', 'Any Day Now', 'Nash Bridges' and ‘Tomorrow Never Dies’, to name a few. She has also directed the animated movie ‘In the Dog House’ as well as a documentary titled ‘The Making of Suit Yourself’.
Recommended Lists:

Women Photographers
Actresses Who Are In Their 50s
American Photographers
American Female Directors
Personal Life
Alexandra Hedison was born on July 10, 1969 in Los Angeles, California, USA to actor David Hedison and his wife Bridget. He has a sister named Serena Rose. She studied at the State University of New York at Purchase and later attended the University of California, Los Angeles.
Talking about Hedison’s love life, she was in a relationship with American host/actress Ellen DeGeneres from 2001 to 2004. A few years after separating from DeGeneres, she went on to marry actress Jodie Foster in 2014.
Recommended Lists: