(Filmmaker, Writer, and Producer Known for His Films: ‘Moulin Rouge!’ and ‘The Great Gatsby’)

Advanced Search
Baz Luhrmann is an Australian writer, filmmaker, and producer. Over the course of his nearly four-decade long career, he has been involved in projects spanning the film, television, opera, theatre, music, and recording industries. He is considered to be a modern example of an auteur as he maintains a distinctive style in all his works. A native of Sydney, Luhrmann started acting while he was still in high school, in a production of Shakespeare's ‘Henry IV, Part 1’. In 1981, he made his screen debut in the romance drama ‘Winter of Our Dreams’. As an actor, he is predominantly known for the 1982 film ‘The Highest Honor’, in which he worked with Steve Bisley and Stuart Wilson. He is also a prominent figure in the Australian theatre scene, having performed in plays, such as ‘All's Well That Ends Well’, ‘Funeral Games’, and ‘Holiday Makers’. However, he has been far more successful behind the camera with his Red Curtain Trilogy, which consists of his romantic comedy film ‘Strictly Ballroom’, the romantic tragedy ‘William Shakespeare's Romeo + Juliet’, and ‘Moulin Rouge!’. Luhrmann has also been credited for creating stage productions of Giacomo Puccini's ‘La bohème’ for both the Australian Opera and Broadway and ‘Strictly Ballroom the Musical’. He set up his own record label, House of Iona, in collaboration with RCA Records sometime in the late 1990s. Edward Jeffries
DID WE MISS SOMEONE?
CLICK HERE AND TELL US
WE'LL MAKE SURE
THEY'RE HERE A.S.A.P
Quick Facts

See the events in life of Baz Luhrmann in Chronological Order 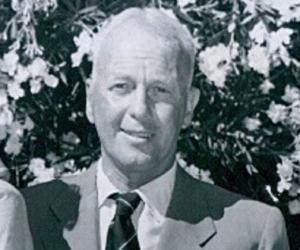 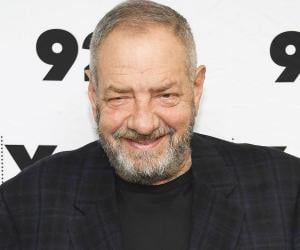