Michael Peter Ancher was a realist artist from Denmark and a prominent member of the impressionist Skagen Painters. He is best-remembered for his paintings that depict heroic fishermen of Skagen and their dramatic experiences at sea. Although Michael began painting at an early age, he took it up as a profession after being encouraged by painters Theodor Phillipsen and Vilhelm Groth. His career as an artist took a turn after he travelled to the picturesque village of Skagen where he got acquainted with a group of artists who gathered there every summer to paint en plein air. Eventually Michael became a key member of the group called the Skagen Painters and settled there for good. Michael got his breakthrough as an artist with the painting Will He Round the Point? Although earlier he was influenced by the traditional training he received at the Royal Danish Academy of Fine Arts, following his marriage with Skagen native and visual artist Anna Brøndum, also a key member of Skagen Painters, Michael got introduced to the naturalistic concept which advocates simple reproduction of realistic objects and their colours as they are. He created the modern monumental figurative art combining the pictorial composition of his early days with the teachings of naturalism. Two of his significant works include The Drowned Man and The Crew Are Saved. Former Skagen residence of the Ancher couple, who contributed greatly to the art of Denmark, presently houses the Anchers Hus art museum and gallery. Walter Keane
9th June In History
DID WE MISS SOMEONE?
CLICK HERE AND TELL US
WE'LL MAKE SURE
THEY'RE HERE A.S.A.P
Quick Facts 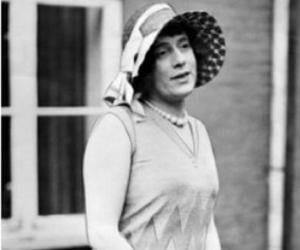 Michael Peter Ancher was born on June 9, 1849, at the small settlement of Rutsker in Rutsker Parish on the Danish island of Bornholm in the family of a local merchant. He studied in a school in Rønne, the largest town on the island, however after his father started facing financial problems, Michael had to leave school without completing his secondary education and was forced to look after and provide for himself.

He started working as an apprentice clerk in 1865, at Kalø Manor near the town of Rønde. Meanwhile Michael began painting and when Danish painters Theodor Philipsen and Vilhelm Groth visited the area to paint, Michael met them in 1866. The two senior painters were so impressed by Michael’s work that they encouraged him to pursue a career in painting.

Michael attended C.V Nielsen's art school as a preliminary for a short while in 1871 before enrolling at the Royal Danish Academy of Art in Copenhagen later that year. During his tenure at the academy, Michael came under the tutelage of Wilhelm Marstrand and Frederik Vermehren who encouraged his interest in genre painting. Michael however left the academy in 1875 without completing his graduation.

During his tenure at the academy, Michael met fellow student Karl Madsen. Karl persuaded Michael to travel with him in the small and picturesque fishing village of Skagen in July 1874. Such move proved to be a turning point in Michael’s career as it helped shape his artistic perspective. In no time Michael became attached to the village and its heroic fishermen. He and Karl met a group of Scandinavian artists there who were attracted by the scenic nature, local milieu and social community of the village and congregated there each summer to paint en plein air.

Since the mid-1870s, Michael and Karl became prominent members of the growing society of artists who gathered in Skagen and were known as the Skagen Painters. Michael eventually settled in Skagen and regularly met other artists of the group in the Brøndums Hotel where they exchanged ideas. There Karl gave Anna Brøndum, daughter of owner of the Brøndums Hotel and future wife of Michael, lessons in painting.

Michael got his real breakthrough as a painter with his 1880 oil-on-canvas painting Will He Round the Point?, after it was purchased by King of Denmark Christian IX bringing Skagen and its artists to wider attention. In July 1879, Michael included a sketch of the later larger version of the painting in a letter to Anna, then his fiancée. The larger version was completed later that year. The following year, Michael submitted the painting to the Charlottenborg Spring Exhibition. He rose to fame when three notable buyers, first the Copenhagen Art Association then the Statens Museum for Kunst and finally King Christian IX expressed interest in purchasing the painting. It was finally purchased by the king and found place in the private dining room at Amalienborg Palace in Copenhagen and Michael was given a grant that led him to comfortably arrange his marriage with Anna.

Although in the 1870s, Michael was influenced by the rather rigid traditions of the Royal Danish Academy of Fine Arts which included strict rules for composition, following his marriage with Anna, Michael got introduced to the naturalistic concept of art that advocates simple reproduction of realistic objects and their colours focussing on very accurate and precise details, depicting things as they are.

He combined the pictorial composition of his early days with the knowledge on naturalism he gathered and created the modern monumental figurative art. A fine example of such work is his painting A Baptism that he created between 1883 and 1888. The oil on canvas painting depicts the 1883 baptism of his wife Anna and daughter Helena in the Skagen Church. As those originally present during the event did not have time to pose, the artist had to find replacements who were not present during such event.

The works he executed combining realism and with classical composition depicting fishing folk of Skagen and their dramatic and daring experiences at sea, including death and rescue operations, garnered him recognition and acclaim. Some of his notable works include The Lifeboat is Carried Through The Dunes (1883), Two Fishermen by a boat (1889), The Crew Are Saved (1894), The Drowned Man (1896) and The red lifeboat on its way out to the sea (1920).

He was awarded the Eckersberg Medal by the Royal Danish Academy of Fine Arts in 1889. He received the Order of the Dannebrog, a Danish order of chivalry, in 1894. Many of his works find place on the walls of the dining room of the Brøndums Hotel.  The idea of hanging paintings made by different artists in the wall panels of the hotel was conceived by Danish painter P.S. Krøyer. Several other works of Michael and Anna finds place at the Skagens Museum, the Ribe Art Museum, the Frederiksborg Museum, Statens Museum for Kunst, and The Hirschsprung Collection.

Michael met Anna Kirstine Brøndum in Skagen after he visited the village in 1874 and regularly gathered in the Brøndums Hotel with other Skagen Painters. Anna was the daughter of Erik Andersen Brøndum, owner of the Brøndums Hotel.  Anna was a noted Danish visual artist and a central figure in the artist colony of Skagen Painters. She was the only member of the group who was born and brought up in Skagen.

Wedding of Michael and Anna was celebrated in Skagen on August 18, 1880. For the first few years after their marriage, the couple took up residency in the Garden House near Brøndums Hotel and used the eastern end of the building as a studio. Later in 1919, the Brøndum family donated the Garden House to Skagens Museum, an art museum that exhibits an extensive collection of works of the Skagen Painters including that of Michael and Anna.

Anna and Michael’s daughter Helga was born in 1883 following which they moved to Markvej in Skagen. Although Anna faced pressure from society at a time when married women were expected to devote their time to household duties, she continued with her artistic career following her marriage with full support from Michael. Even though Michael could not understand the artistic views and habits of Anna, he admired her and respected her work. The Ancher couple were considered generous, friendly and welcoming to guests or visitors including artists, fishermen, local residents and other visitors.

The Markvej house was purchased in 1884 where the couple lived for five decades.  A large annex including studios, kitchen, living and bed rooms was added to the property in 1913.

Michael passed away on September 19, 1927, and Anna on April 15, 1935. Although Helga, who was often depicted in the works of the Skagen Painters, followed footsteps of her parents and became a painter, she exhibited less and focussed more on presenting works of her parents and preserving their memory. She died on March 18, 1964, and bequeathed the Markvej house and all of its contents to a foundation for use as a museum. The house was restored, and in 1967 the Helga Ancher Foundation converted Michael and Anna Ancher's house (Anchers Hus) into a museum and thereafter opened it for public. It presently serves as a historic house museum with large numbers of works of the couple as well as their personal art collection on display. The museum was expanded in 1989 with the neighbouring Saxild House (Saxilds Gaard) which the Aage V. Jensens Foundation acquired same year and donated to the museum. In 2014, the Anchers Hus became a part of Skagens Kunstmuseer Art Museums of Skagen. Original furniture and paintings made by Michael, Anna and other Skagen artists are displayed in the restored home and studio while art exhibitions are arranged in the Saxild House.

Michael and Anna were featured on the front side of the version of the Danish thousand-kroner bill (DKK1000) which came into circulation on November 25, 2004. The double portrait of the artists featured on the banknote were inspired by two 1884 paintings created by Danish artist Peder Severin Krøyer and which originally found place on the walls in the dining room of Brøndums Hotel.

See the events in life of Michael Ancher in Chronological Order